Un, dos, tres: a first photo and the complete cast of the rest of the series unveiled -… 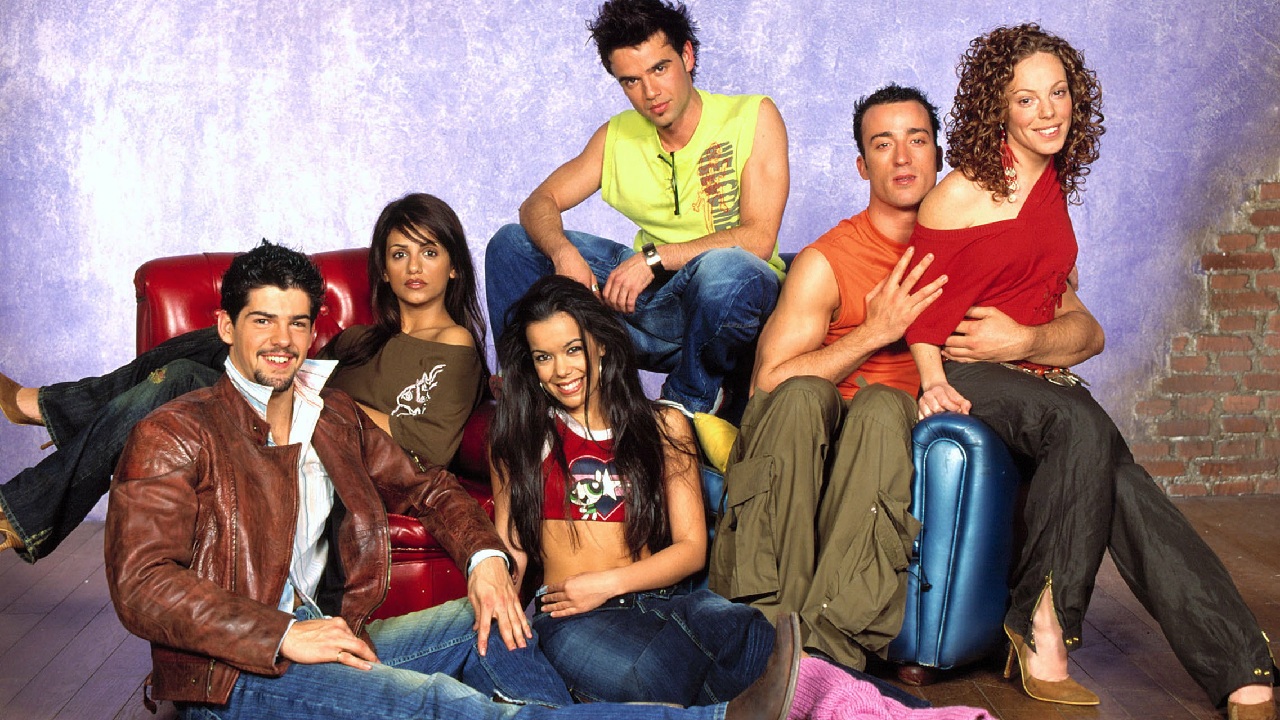 While the filming of the revival of “Un, Dos, Tres” has just begun, a first photo of the cast has just been unveiled, the opportunity to discover the new faces of “UPA Next”.

Twenty years after the broadcast of the first episode ofOne, Dos, Tres on Spanish television, the cult series that marked an entire generation will soon be making a comeback in the form of a sequel. Title UPA Nextin reference to the original title Un paso adelante and to the UPA Dance group formed in the 2000s by certain actors from the series, it will follow the adventures of a new generation of students who will evolve, like their elders, within the Carmen Arranz Academy of Performing Arts.

Composed of eight episodes and intended for the Spanish streaming platform Astresplayer, this revival announced last December will see the return of three emblematic actors from Un, dos, tres: Monica Cruz, Beatriz Luengo and Miguel Angel Munoz who will once again slip into the shoes of Silvia, Lola and Roberto.

And if for the moment, no broadcast date has yet been announced, the filming has indeed started as it did. advertised on social media the interpreter of Lola Fernández at the beginning of the week.

And as good news never comes alone, the Atresmedia group organized an interactive event on Twitch this Thursday, July 14 to present the newcomers, reveal a first photo of the cast and give some additional details on UPA Next.

Returning from the United States after 15 years of absence, Roberto decides to put on a musical featuring the hits of UPA Dance. However, he will have to convince Silvia and Lola to participate in the project, while hiding a heavy secret from them.

For her part, Silvia is now director of the Academy since the retirement of Carmen Arranz. If she refuses at first to see her old classmates again, she will very quickly be convinced in the hope of attracting new students to the school and thus getting out of her financial difficulties.

Lola is now the mother of two little girls aged 5 and 7 who live with their father in Barcelona. Separated, they share custody of the children. Following disagreements with Silvia, Lola dropped out of school to become a choreographer. However, she decides to participate in the musical.

Who are the new characters?

Who says new students, necessarily says new actors to embody them. Quique Gonzalez will thus slip into the skin of Omar, a young Cuban of modest origin living alone with his mother and his young brothers. Music and dance are his only refuges.

Mónica Mara will play Andrea, a young woman from an affluent background, described as cheerful and outgoing, who inherited her love for dance from her mother, who died a few years earlier. The character of Luca, who will be played by Marc Betriu, is presented as cheerful, irreverent and good-natured. He tends to live in the present and has had trouble forming friendships.

Claudia Lachispa will play Elvira, a talented but somewhat naive singer who has never left her native neighborhood. On his side, Almudena Salort will camp Lala Lazy, a rapper who had to learn to fend for herself following the imprisonment of her mother. Under her mask of a strong and independent woman hides an empathetic and very protective person.

The character of Sergio (Marc Soler) lives in the United States with his mother and has only one dream: to follow in the footsteps of his father, a dancer he has never known. If he is not the most talented of the band, he will work hard to stand out, sometimes even being dishonest.

Influenced by K-Pop, Tara, played by Karina Soro, is passionate about dance, an area in which she excels. Frank and pleasant, he is a very attentive and affectionate person. Alex Media will camp Suso, an excellent dancer suffering from anxiety attacks that push him to consume drugs. Finally, Nuno Galician will lend his features to Darío, a young student specializing in music who plays guitar and piano.

Two new teachers will also lend a hand to Silvia, Lola and Roberto: Lucas Velasco (seen in Boarding school: Las Cumbres) and Marta Guerras who will camp respectively Luiso, right arm of the character camped by Monica Cruiz, and Sira, newcomer to the Academy.

Fans will also be pleased to hear that Lola Herrera will also return to the role of Carmen Arranz, former headmistress of the school, for a few appearances.

No French broadcaster has been announced at this time. But, in the meantime, fans of Un, dos, tres can find the entire original series on the Salto platform.