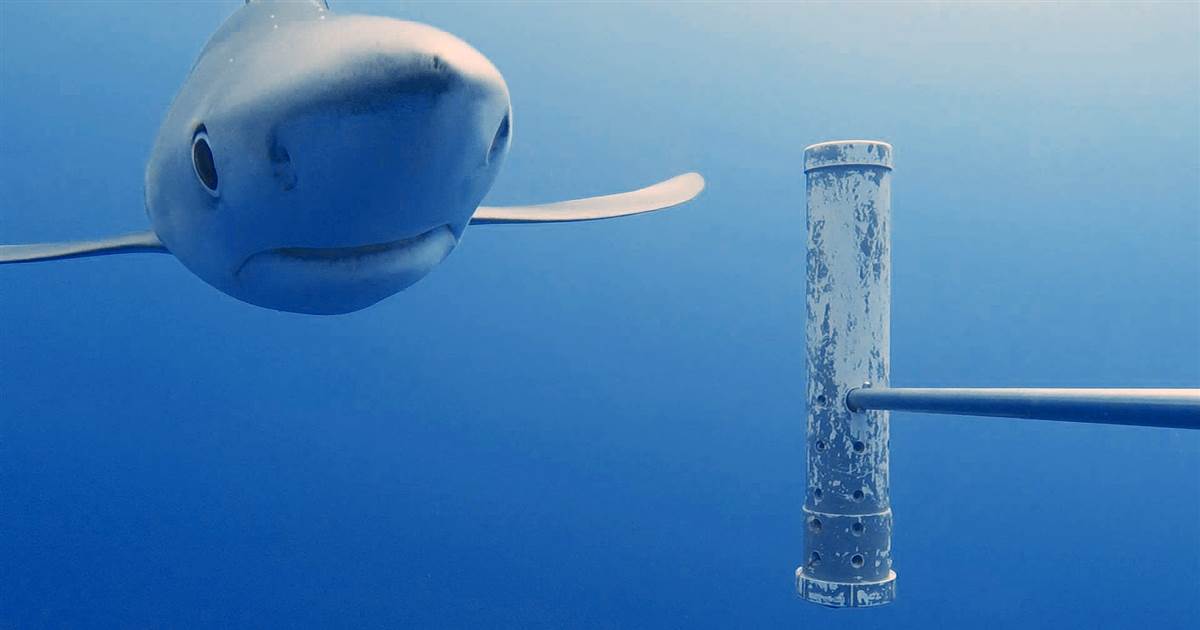 The United Kingdom will install the world’s largest network of underwater wildlife monitoring systems in 10 overseas territories in the next few months to measure the success of its ocean conservation efforts, the government said Friday.

A network of cameras on carbon fiber sticks will monitor more than 4 million square kilometers of ocean in the largest undertaking of its kind by any national government. The project will cost 2 million British pounds, or almost $3 million, and it will run for four years, the U.K.’s Foreign, Commonwealth and Development Office said.

“Literally every breath we take comes from the oceans. They’re the biggest habitat on our planet,” said Jessica Meeuwig, a professor of marine science at the University of Western Australia and a co-founder of Blue Abacus, an ocean fish monitoring company that will train people in the territories to collect the marine data. “Yet we know very little about our oceans, particularly as you move away from shallow coral reef systems into what I like to call the ‘big blue.'”

The project aims to bridge the knowledge gap by collecting never-before-recorded information about what’s going on in parts of the ocean far from shore, where it has previously been hard to monitor and record wildlife population sizes and density. It will take place around British overseas territories including the Cayman Islands, St Helena and Anguilla.

The camera network builds on the global initiative 30 by 30, in which countries around the world, including the U.S., U.K. and Canada, have pledged to work to conserve at least 30 percent of the world’s oceans by 2030. The project sets up marine parks and other special ocean zones where people aren’t allowed to fish — an attempt to grow marine wildlife populations.

“That’s super exciting, that we’re going to start setting up or continue setting up large marine parks to halt and reverse these downward trends in so many of the species that inhabit the biggest place on Earth,” Meeuwig said. “But how do we count them?”

The project will use Baited Remote Underwater Video Systems, or BRUVS, a technology first adopted by Meeuwig’s team of scientists in Australia, to film and photograph wild marine life populations far off the coasts of the territories.

The BRUVS system suspends multiple cameras set up on carbon fiber frames 10 meters underwater in deep ocean areas. Teams can collect up to 100 samples over seven to 10 days in a certain area at sea to get a snapshot of what the fish and wildlife populations look like at a certain point in time.

Over time, teams can compare wildlife sizes and numbers from different sample collections to determine whether efforts to boost fish and marine animal populations, like 30 by 30, are working.

The project is backed by the U.K. government, which hopes to learn which of its ocean conservation efforts are paying off or whether it needs to invest more in protecting marine wildlife.

“Cutting-edge technology, such as these cameras, will be vital in our crusade against climate change,”  Prime Minister Boris Johnson said in a statement. “Our marine experts are world-leaders in protecting our ocean and the myriad of species that live within it.”

The BRUVS that Meeuwig’s team engineered are also innovative pieces of technology for the governments to invest in. Rather than send teams of specialists to collect the data at sea, scientists can easily train residents of the territories to use the system.

“That’s the great thing about it — you don’t have to be a highly technical electrical specialist or something to use our equipment,” Meeuwig said. “What we want is local capacity to identify what questions they want to answer and then go out and ask them.”

That’s especially important because the U.K.’s conservation efforts are particularly important for local and coastal economies in its overseas territories.

“We don’t have healthy, blue economies. Our oceans aren’t supporting us economically if they’re going downhill, right? So we need to make sure that every jurisdiction in the world has the evidence that they need to make informed decisions” about its coastal economy, Meeuwig said.

Meeuwig said she is hopeful that the U.K.’s endorsement of her technology will push other governments around the globe, like those of the U.S. and Canada, to invest in similar efforts.

“I’ve watched the oceans dying in front of me from when I got my first scuba diving ticket at 15 years old,” Meeuwig said. “So we have to do better.

“And we’re making some progress on coral reefs, and that’s where people can go for a snorkel, they can go for a dive,” she added. “But what do we do about the other 70 percent of the planet that’s blue?”

Alexandra Marquez is an intern for “Andrea Mitchell Reports.”