Trump CPAC speech to declare his political journey ‘far from over’ 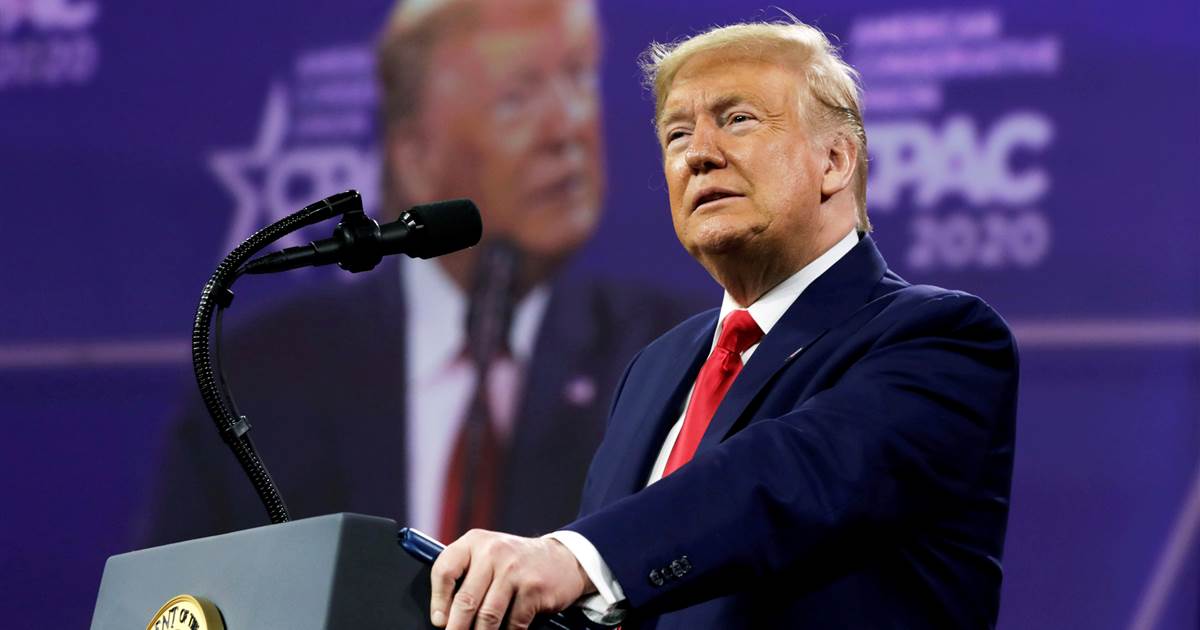 ORLANDO — In a speech here Sunday to close out the Conservative Political Action Conference, former President Donald Trump will “declare that the incredible journey we began together four years ago is far from over,” coming right up to the line of announcing his 2024 intentions and laying out his vision for the future of “our” Republican party, according to excerpts obtained by NBC News ahead of Trump’s appearance.

“I stand before you today to declare that the incredible journey we began together four years ago is far from over,” the former president is expected to say in his first speech since leaving the White House last month. “We are gathered this afternoon to talk about the future — the future of our movement, the future of our party, and the future of our beloved country.”

The remarks — at least, as scripted — make clear that Trump doesn’t plan to start a new party or leave the GOP, but it does put fellow Republicans who have crossed him on notice.

“The Republican Party is united,” the excerpts read. “The only division is between a handful of Washington DC establishment political hacks, and everybody else all over the country.”

Among those lawmakers likely to get a name-check from Trump is Rep. Liz Cheney, R-Wyo., who voted to impeach him and has been vocal that the party should move away from his leadership going forward.

But President Joe Biden is also in the former president’s rhetorical crosshairs, with Trump criticizing his successor on immigration, China and school reopenings.

Trump’s remarks are expected to last more than ninety minutes. The former president has a well-documented propensity for veering off script— especially in front of friendly audiences like the one he’ll encounter at CPAC. The event’s multi-day program was teeming with Trump allies and sounded, at times, like a Trump-themed airing of grievances, from false claims of an un-secure 2020 election to decrying political correctness and “cancel culture.”

Ali Vitali is a political reporter for NBC News, based in Washington.