True Lies on TFX: why was there a conviction for plagiarism? – Cinema News 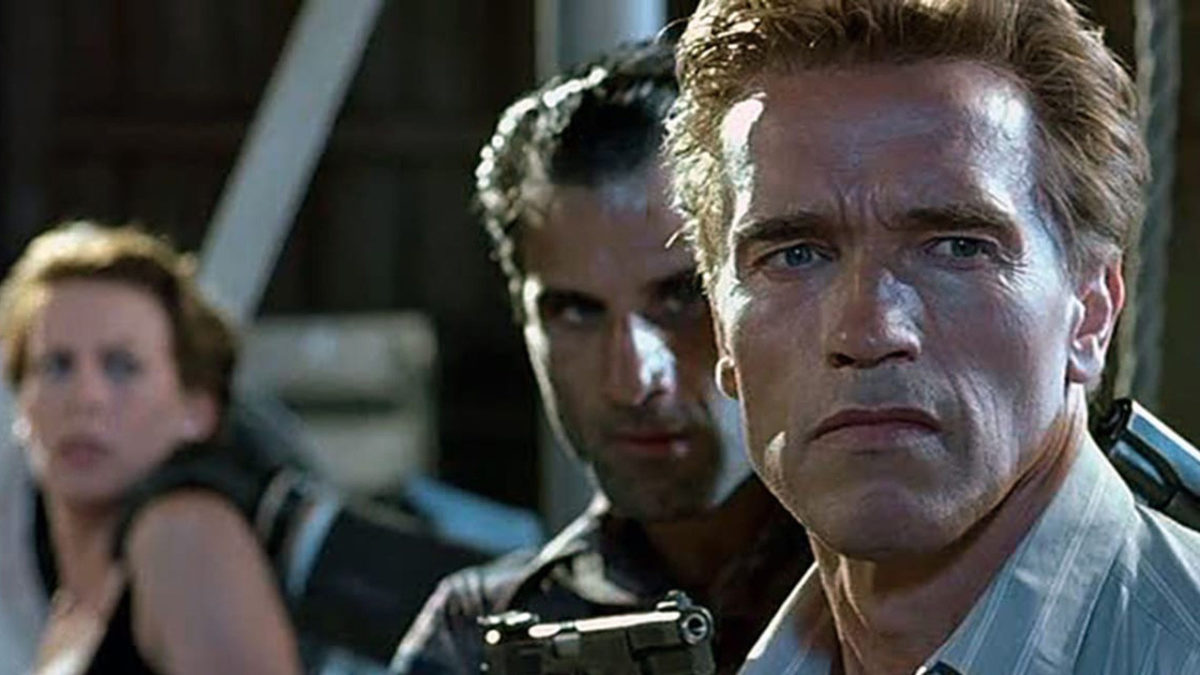 True Lies airs tonight. The opportunity to review the genesis of this cult action comedy directed by James Cameron and worn by Arnold Schwarzenegger.

Paradoxically, it is not this commercial success that convinced Fox to seize this story to make a remake with True Lies … Explanations.

FROM CLAUDE ZIDI TO JAMES CAMERON

A few months after the release of La Totale !, during 1992, Claude Zidi had VHS subtitles in English during his visit to the American Film Market in Los Angeles.

One of these cassettes landed one day with the brother-in-law of a certain Arnold Schwarzenegger. Excited, the latter rushes to his phone to call the actor, extolling the merits of this comedy straight from France.

The future governor of California is captivated and immediately thinks of making a remake with many action scenes.

He then contacts his accomplice, James Cameron, with whom he shot the two Terminator. The director does not want to copy / paste Zidi’s film but just transcribe its spirit, re-appropriating everything else.

Claude Zidi agrees to sell the rights to the remake to James Cameron’s company for a symbolic dollar, also obtaining an incentive on the receipts. The director then begins to write the script.

True Lies was released in October 1994 and it was a pretty hit in theaters! The film grossed more than $ 378 million worldwide. Schwarzy thus catches up with the bitter failure of Last Action Hero (137 million) released a year earlier.

True Lies is still today the 4th biggest success of Arnold Schwarzenegger behind Terminator 2, Terminator Genisys and Terminator 3. A sequel was considered and planned for 2002. It was put away in a drawer after the attacks of September 11, 2001 . “In these times, terrorism is just not fun anymore”, said James Cameron.

Note that in the early 2000s, Claude Zidi and James Cameron were accused of counterfeiting by Lucien Lambert. The total ! would indeed present many similarities with “Emilie”, a scenario made public by the latter in 1981 and which had not been retained by the producers of cinema.

However, it was adapted for the theater and then translated and published in English in the USA. In this story, a man poses as a spy in order to seduce a woman.

In 2001, justice dismissed Lucien Lambert of all of his requests, considering that he did not sufficiently demonstrate the anteriority of his scenario.

However, three years later, the screenwriter returned to the charge with new evidence. This time, the Paris Court of Appeal ruled in favor of Lucien Lambert, noting “Indisputable similarities in the essential character-defining elements of the scripts of Émilie, The Totale and True Lies.”

James Cameron and Claude Zidi are finally convicted of forgery. However, they were not punished in the same way by the court. The French had to pay the damage, fixed by an expert and never disclosed to the general public.

He was also forced to reimburse James Cameron for the damages paid to Lambert by the American director. The screenwriter died in October 2017 at the age of 85.