Top 10 culinary specialties that we massacred, the French have no respect

In France, we have culinary specialties for tourists such as macaroons or garlic snails. We like to judge them, we laugh about it claiming to be the kings of gastronomy. Besides that, we cook specialties from all over the world or eat them in restaurants believing ourselves to be super informed, but the thing is that we are almost as bad as the Americans at adapting recipes. There are many dishes that we eat every day without knowing that in their country of origin, people tear their hair out knowing that their traditions are being massacred.

If you’ve ever been to a Japanese restaurant, you’ve probably eaten Yakitori. These are chicken skewers coated with a sauce tare that looks like sauce teriyaki. This recipe has been used all over the world, which is what gave the beef and cheese skewers in France. This variation of Yakitori is very far from the original recipe and many Japanese do not even know it. 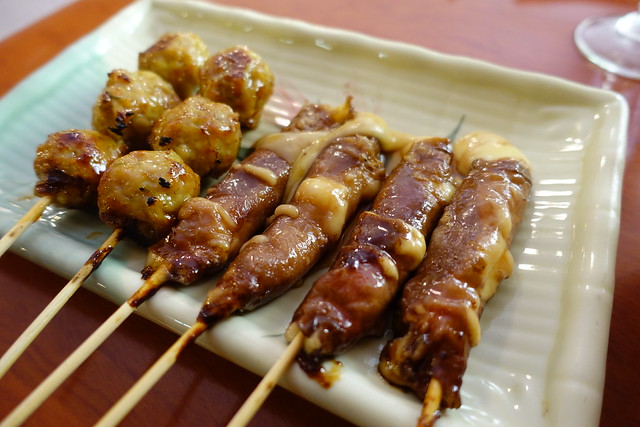 Italian tiramisu is an art to make. In the original recipe, there are: eggs, sugar, mascarpone, amaretto, ladyfingers or ladyfingers, cold coffee and cocoa powder. And then, who knows why, the French found that it was not enough. Many variants, each more terrible than the other, have been created, such as the tiramisu with Speculoos, Oreo, Daim chocolate or even Nutella. Writing these lines makes me want to cry.

Initially, the taco is Mexican and consists of a corn patty with meat, sauce, onion and cilantro. In the 1950s, Lebanese immigrants arrived in Mexico and offered tacos al pastor (al pastor refers to cooking meat on a vertical spit, much like kebab meat). A few years later, the taco tex mex was invented in the United States: it’s the taco with the rigid tortilla in which you slip cheddar and minced meat. Finally, in the 2010s, the French tacos appeared in France. It is a grilled wrap that contains often halal meat, fries and sauce. It’s a mix between burrito and kebab in which you can put anything and everything including cordon bleu, nuggets and Biggy Burger sauce.

Everyone knows that in the real carbo pasta recipe, there is absolutely no crème fraiche. On the other hand, there is a beaten egg in the pasta and that makes all the difference. So, why did the French say to themselves “Hey, what if we replaced the egg with cream”? Truth be told, no one really knows. What we are sure of is that the Italians hate these French people who ransacked their sacred dish.

Do you like California rolls and egg rolls? Then you surely know that these varieties of sushi do not exist in Japan. The California Roll is the most consumed sushi in Europe when it actually comes from Los Angeles. It was Japanese immigrants who created this inverted maki to adapt to American tastes. If you ever go to Japan, don’t ask for California rolls because no one will know what they are.

Couscous is a North African dish made from wheat semolina prepared with olive oil in a couscous maker. Add meat (poultry, lamb or fish), vegetables in broth (carrots, turnips, zucchini), chickpeas and sometimes raisins. In France, people have started to call wheat semolina “couscous” and associate it with anything and everything, sometimes even pork sausages.

Tabbouleh is a dish from the Middle East, more precisely from Lebanon. It is a salad made with parsley, mint and bulgur with also lemon, tomatoes and onion. Probably because this recipe was not to their taste, the French adapted this recipe by replacing the bulgur with wheat semolina and removing the parsley. Today, there is “tabbouleh” with chicken, carrots and even shrimp. This recipe therefore absolutely does not look like the real tabbouleh.

The French and the Belgians have been fighting over the invention of fries for millennia (a little less in real life) but the Belgians have a traditional recipe of their own that the French refuse to respect. This tradition is that of double-cooking. According to them, the fries must first be cooked for between 5 and 10 minutes in oil at 120°C. They are then taken out of the oil pan, drained and left to cool for a few minutes. Finally, they must be plunged back into an oil bath at 180°C to fry them.

Naan is a bread originating in Asia made from wheat flour and water. Some naans are made without yeast, others with oil, yogurt and sesame. To adapt to French people who love cheese, people have added to the recipe… Laughing Cow, the only cheese paste that does not liquefy during cooking.

As everyone knows, pizza is Italian. In a real Italian pizzeria, you can find many different pizzas with tomatoes, oil, Italian cheese, cold cuts, olives, pickled vegetables and many more. On the other hand, some typical French pizzas are real heresies. I am talking here about the so-called “mountain” raclette pizza, the salmon-cream pizza and the sausage pizza with fries. Please stop.

Top 9 of the most unbearable actors on a set, hello Depardieu

Top 18 of the worst redneck expressions to talk about women, so it gauzes the girls?

Top 13 of the most popular sports by country, it’s not just football in life