Top 10 boat graveyards in the world, for rust enthusiasts

Boat graveyards in the world: The ocean is one of the most beautiful environments on Earth, with countless amazing boats and vessels navigating its waters. However, this natural beauty hides a dark truth: oceans around the world are also home to huge amounts of toxic materials that pose a serious threat to marine life. These pollutants come from a variety of sources, including old or broken boats that have been improperly disposed of in “boat graveyards.”

To combat this problem, many organizations have banded together to develop projects aimed at preserving our precious ocean resources by preventing these harmful pollutants from reaching their final resting place. By working together to raise awareness about the dangers posed by boat graveyards and other sources of pollution, we can work towards ensuring that future generations can continue to appreciate and enjoy the richness of our oceans for years to come.

So let’s take action now and protect our marine ecosystems! After all, they support not only us, but all living things on this planet. Together we can accomplish great things! 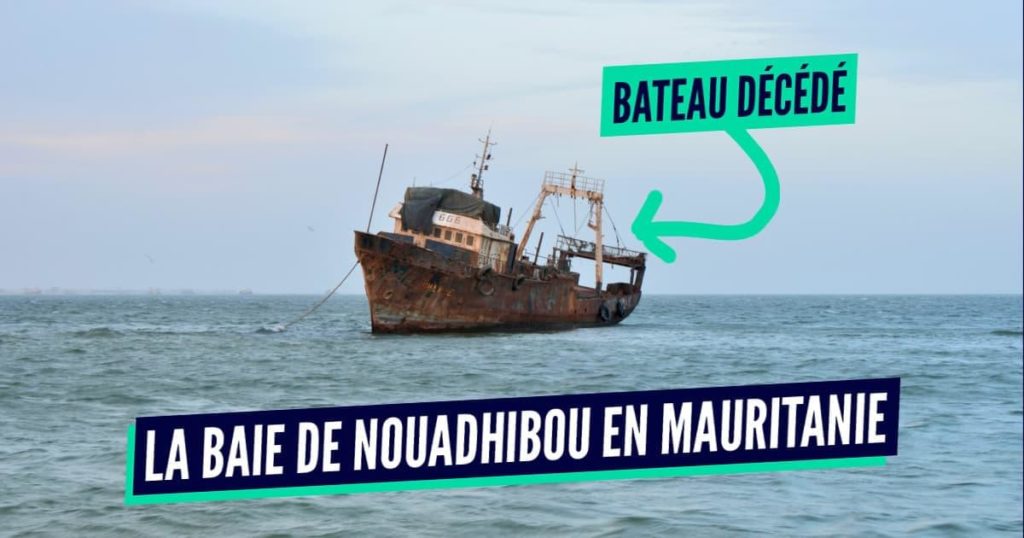 The largest ship graveyard in the world can be found in Mauritania, on the west coast of Africa. This sprawling collection of rotting ships includes everything from small fishing vessels to large cargo and passenger ships, all slowly succumbing to the harsh elements as they rust away on the sandy beaches of this arid country.

The unique geography and often challenging climate conditions that have contributed to the rise of this remarkable ship cemetery also help to explain some of its other characteristics. For one thing, many of these abandoned ships were sold or abandoned by corrupt local officials who took bribes in exchange for allowing derelict vessels to remain at sea or be dumped on these shores. As a result, this massive graveyard has become something of a dumping ground for all manner of old and damaged boats from around the world.

Despite its bleak appearance, however, the incredible diversity and sheer scale of this ship cemetery make it a must-visit for anyone interested in maritime history, engineering marvels, or simply witnessing one of nature’s most remarkable displays. Whether you are cruising along the coast or inland via camel caravan for an up-close look, don’t miss this extraordinary place that represents both man’s greatest technological achievements and our own fragile mortality. Indeed, here at Maurit

The Aral Sea was once a bustling hub of fishing activity. Boasting a large fleet of fishing boats, the sea was closely linked to the livelihoods and culture of those who lived in its surroundings. However, with the completion of several massive dams along its two main tributaries, the sea began to dry up. Without their essential water supply, the ships in the Aral Sea gradually fell into disrepair and were eventually abandoned.

Today, this vast cemetery of ships has become one of the most famous ship graveyards in the world, attracting tourists from all around who seek out its eerie relics as a reminder of what happens when humans meddle too deeply with nature. Whether viewed as an unfortunate casualty or a source of haunting fascination, the Aral Sea and its sunken ships will always hold a significant place in history.

Located in the town of Landévennec, France, the Landévennec Ship Cemetery is home to a large number of decommissioned ships that are currently awaiting dismantling. These boats mostly belong to the French Navy, and the site is shut off from the public for safety reasons.

However, it is still possible to get a good glimpse of this vast ship graveyard through satellite images or aerial photos. Despite its remote and relatively inaccessible location, the Landévennec Ship Cemetery offers an interesting look at the fascinating process of ship removal and recycling in modern times. Just another example of how human activity has shaped our planet over time!

The Skeleton Coast in Namibia earned its name from the many whale and seal bones that are strewn along its shores. However, this eerie place is also home to the remains of countless shipwrecks, earning it a reputation as one of the most important maritime heritage sites on the planet.

The coast is littered with the wrecks of European vessels that were caught in the treacherous currents and portage conditions. Many of these ships were exploring the coast in search of new trade routes, and their crews were unprepared for the hazards of this remote place.

As a result, the Skeleton Coast is a unique window into the history of European exploration and commerce. Today, the area is protected as a national park, and visitors can explore the wreckage of these ancient ships.

Staten Island, or Staten Island Ship Graveyard, is a popular destination for divers and photographers from around the world. Founded in the 1930s, this unique collection of wrecks spans the 20th century and contains over a hundred ships from various stages of history. Though officially off-limits to visitors due to its delicate ecological environment, this unique site is nevertheless a popular subject of exploration for those hoping to experience a glimpse of our maritime past.

With minimal security measures in place, Staten Island remains one of the most accessible ship graveyards in the world, making it an essential must-see for anyone with an interest in maritime history and exploration. So if you’re ready to dive into an unforgettable adventure at Staten Island Ship Graveyard, book your trip today! You won’t be disappointed.

The Truk Islands are well known for their rich history and unique underwater landscape. Located in the Federated States of Micronesia, these islands played an important role during World War II as a major hub for the Japanese Imperial Navy.

Over 60 boats and nearly 300 aircraft were sunk during the conflict, forming an underwater graveyard that continues to attract divers from around the world today. Whether you are an experienced diver or just curious about this fascinating historical site, a trip to the Truk Islands is sure to be both educational and thrilling. So why not plan your next vacation there? You won’t be disappointed!

Located along the Alang Bay in India, the world’s largest shipbreaking yard is a bustling hub of industrial activity. Here, countless ships come to be dismantled and recycled, providing valuable materials and resources that help power the global economy. However, this activity also has serious environmental consequences.

Due to poor regulations and inadequate safeguards, many toxic chemicals are regularly released into the air and water of Alang Bay. For example, levels of hydrocarbons there are 16,973% higher than in other locations, and heavy metals like asbestos and antifouling residues are routinely released into the environment as well.

Despite these problems, some progress has been made in recent years to limit environmental damage in Alang Bay. For example, a number of laws have been enacted to restrict activities at the site of the French aircraft carrier Clemenceau, which was notoriously polluted during its lifetime and which is now undergoing dismantling at Alang Bay.

While much work still needs to be done to clean up this industrial hotspot and restore ecological balance in Alang Bay, we must continue striving towards these goals in order to ensure a sustainable future for our planet.

Located on the coast of Pakistan, the Gadani shipbreaking yard is one of the world’s largest and most active dismantling sites. Here, massive ships from around the globe are brought, stripped down to their bare frames, and broken down into their component parts. Thousands of workers are employed at Gadani year-round in this complex and challenging process, putting all of their strength and expertise into dismantling these massive vessels with skill and precision.

The work at Gadani relies on a dedication to hard labor and an unwavering commitment to safety. Every worker plays a vital role in ensuring that all dismantling activities take place without incident, as even the smallest mistake could have disastrous consequences for the entire yard. However, despite these challenges, those involved in this complex dismantling process work tirelessly on each project with determination and tenacity.

One can see this sense of perseverance clearly reflected in the vast expanse of Gadani’s shipbreaking yards, where massive ships are painstakingly taken apart piece by piece so that they may be rebuilt or repurposed for new projects. Whether dismantling warships or decommissioned cruise liners, workers at Gadani continue to break records and shatter expectations with every new undertaking. And so it is clear that here too we

Notorious for being the site of numerous American nuclear tests, Bikini Atoll saw the sinking of 90 boats from 19Gadani is one of the largest shipbreaking yards in the world, and plays a vital role in maintaining the shipping industry. Set along a 10 km stretch of coastline, this sprawling construction site employs thousands of workers year-round to carry out the dismantling process.

Working with great skill and precision, these workers take apart each ship piece by piece, carefully removing materials like steel and aluminum that can be recycled for use in other industries. Through their efforts, Gadani is not only preserving its rich shipping heritage, but also ensuring that it stays relevant and competitive in the ever-evolving global market.

So if you need a reliable team with an unrivaled commitment to quality and efficiency, look no further than Gadani. Here too we dismantle with all our might!46 to 1958. Now that calm has returned and UNESCO has listed the atoll, many divers take turns at the bottom of the water to admire the wrecks of ships such as the USS New York, the USS Arkansas or the USS Pennsylvania…

Olenia Bay is a former naval base that is now used as a ship graveyard. The bay is located in Russia and is known for having several submarines. The bay was originally used as a place to store ships, but it was later abandoned. The bay is now known for being a place where ships go to die.

Top 9 of the most unbearable actors on a set, hello Depardieu

Top 18 of the worst redneck expressions to talk about women, so it gauzes the girls?

Top 13 of the most popular sports by country, it’s not just football in life