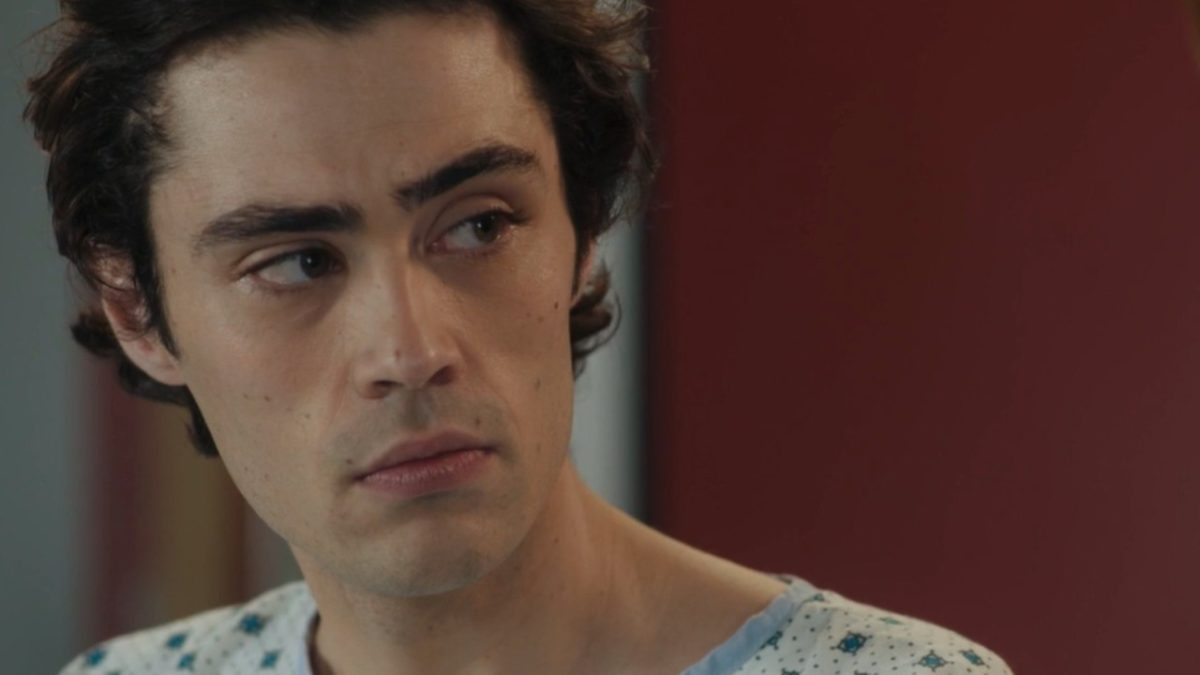 Quentin Leroy, the young homeless man saved from drowning yesterday by Sofia, will play an essential role in the sequel to “Tomorrow belongs to us”. The opportunity to look at the career of his interpreter, Charles Crehange, seen in particular in “En Famille”.

As soon as the ark dedicated to Lucie and Marc Véry is finished, Tomorrow belongs to us is launching a new major plot this week entitled “L’incruste”, which will see the daily life of the Daunier family turn into a nightmare. The opportunity for the TF1 soap opera to welcome a new face that will punctuate the weeks to come: Quentin Leroy, played by actor Charles Crehange.

Quentin made his first appearance in Tomorrow belongs to us in a rather dramatic way this Monday, April 5. Indeed, after having thrown himself from the top of a bridge, the young man was saved from drowning by Sofia (Emma Smet) who listened only to his courage and in turn jumped into the icy water to rescue him.

A heroic gesture that will bring them together – even if it means exploding the couple formed by the daughter of William and Aurore with Arthur? – but which will also mark the beginning of a fatal gear for Sofia because this suicide attempt will soon turn out to be a staging which was in reality the starting point of a well-oiled plan.

Because if Sofia, who has taken a liking to Quentin, who claims to be homeless and broken up with her family, is going to push her parents to take her in for a while, the teenager does not suspect for a single moment that her family was targeted by the young man. Why ? The next episodes of the daily TF1 soap opera will certainly tell us.

Charles Crehange, a young actor already seen on France 3 and on M6

After Elisa Ezzedine and Sixtine Dutheil, who recently camped Camille and Maud Meffre, the daughters of Xavier (Charles Lelaure), Charles Crehange therefore joined in turn the troupe of young actors of Tomorrow belongs to us. Even if its presence in the credits should not extend beyond this narrative arch.

Trained at Cours Florent, Charles Crehange appeared in Le Pont desoubliés, a TV movie broadcast in 2019 on France 3 with Hélène Seuzaret, Nicolas Gob, and Dounia Coesens in the main roles. But also in season 8 of the successful shortcom of M6 En Famille.

With the role of Quentin Leroy in Tomorrow belongs to us, he landed his first semi-recurring role on television, which should easily allow him to be more noticed. And in the months to come, viewers of TF1 will also be able to find Charles Crehange in another series of the channel.

The young actor indeed shot last fall alongside Julie Gayet and Tomer Sisley in A Perfect Mother, directed by Fred Garson (Unsuspected). A mini-series in 4 episodes which tells the story of Hélène Berg, a mother whose peaceful and bourgeois life in Berlin is turned upside down when a phone call tells her that her daughter, Anya, a student in Paris, is the main suspect in a murder case.