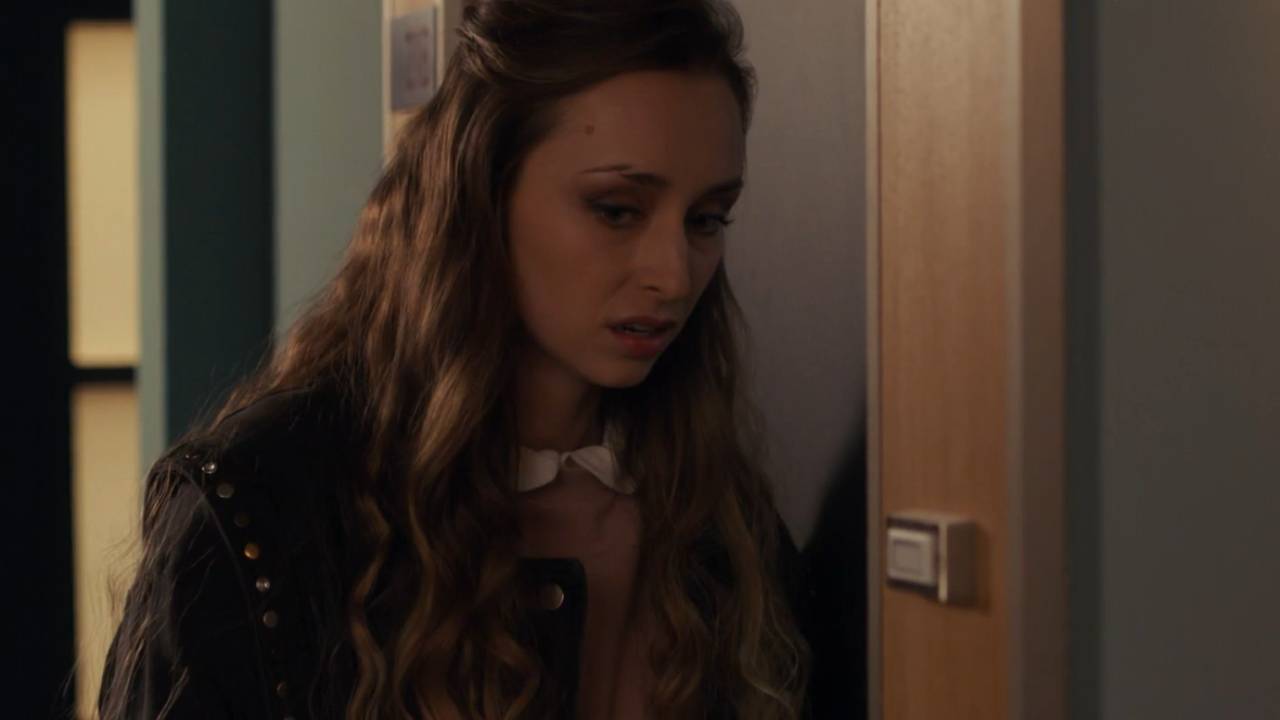 In the next episode of “Tomorrow belongs to us” … While Quentin takes possession of the Dauniers’ apartment, Sacha lies to Clémentine. Chloe is moving away from social networks.

Thursday April 8 in Tomorrow belongs to us …

To thank them for having lodged him for the night, Quentin prepared breakfast for the Dauniers. Aurore and William then offer him to stay a few more days while he finds accommodation. For his part, Arthur is jealous and confides in his mother. After reproaching him for having no compassion for Quentin, Sandrine, who is sure that her son has nothing to fear, reassures him about Sofia’s feelings towards him.

At the same time, Hélène and Pascal are delighted that their plan is working as they had imagined and are loading a truck with DIY materials. Not far from there, Manon notices that Quentin has used his things and that he is wearing his favorite sweater. As the young man apologizes to him, Sofia insists that his sister be nicer to him.

At the same time, William accompanies his wife to work. Although she finds Quentin sympathetic, Aurore cannot help but have doubts about him and decides to check his criminal record in order not to take any risks. After conducting her investigation, Captain Jacob is relieved to find that the young man she is harboring has no criminal record.

In high school, Arthur invites Sofia to spend the evening at the Spoon but she declines, preferring to spend time with Quentin. While the couple crumbles in the middle of English class, Alma asks them to continue their conversation in front of all their comrades and in the language of Shakespeare.

At the same time, Quentin joins Pascal and urges him to take action as quickly as possible. The latter then gives him material to initiate the next stage of their plan. At the end of the day, Sofia tries to go home but the key to the door does not work. When she asks Quentin to open the door for her, the young man, who has barricaded himself with the Dauniers, refuses to let her in.

Among the Girards, Ben is still disturbed by the hostage-taking of which he was the victim. Clementine encourages him to speak to Sacha, but the teenager fears that he sees there a mark of weakness. Worried about her stepson, the sports teacher nevertheless contacted her companion to inform him of the situation. While he claims to be in Paris to obtain sponsors for his website, Alex crosses paths with him on the outskirts of Sète. Afterwards, Clémentine is with Alex for a workout. When the oyster farmer asks her about her marriage, she replies that she has total confidence in Sacha.

At the end of the afternoon, Sacha returns home and has a discussion with his son. He explains that it’s normal to feel bad after being kidnapped by the Ring Killer and adds that he’s there for him if he feels the need to talk. Sacha then reminds him that he has shown a lot of courage and that in his eyes he is far from weak. Realizing that he has not been a good father, Sacha promises to make up for it in the future.

CHLOÉ MOVES AWAY FROM SOCIAL MEDIA

Xavier goes to Chloe’s and shows her the sketches he’s been working on all night. However, the Delcourt girl does not find them to her liking, judging that they do not correspond to the target audience of the Korean jewelry brand. Annoyed, the prosecutor then cancels their lunch.

Later, Chloe asks for Camille’s help to work on the sketches she intends to present. Unfortunately, the jewelry brand rejects all of its proposals. To thank them for helping her, Chloe invites Camille and Xavier to dinner but the young woman declines to let them spend a moment alone.

In the evening, Xavier advises his partner not to lose sight of the pleasure of creating because she has a lot of talent. Upon receiving a notification on her phone, Chloe chooses to put aside the virtual world to focus on the essentials.