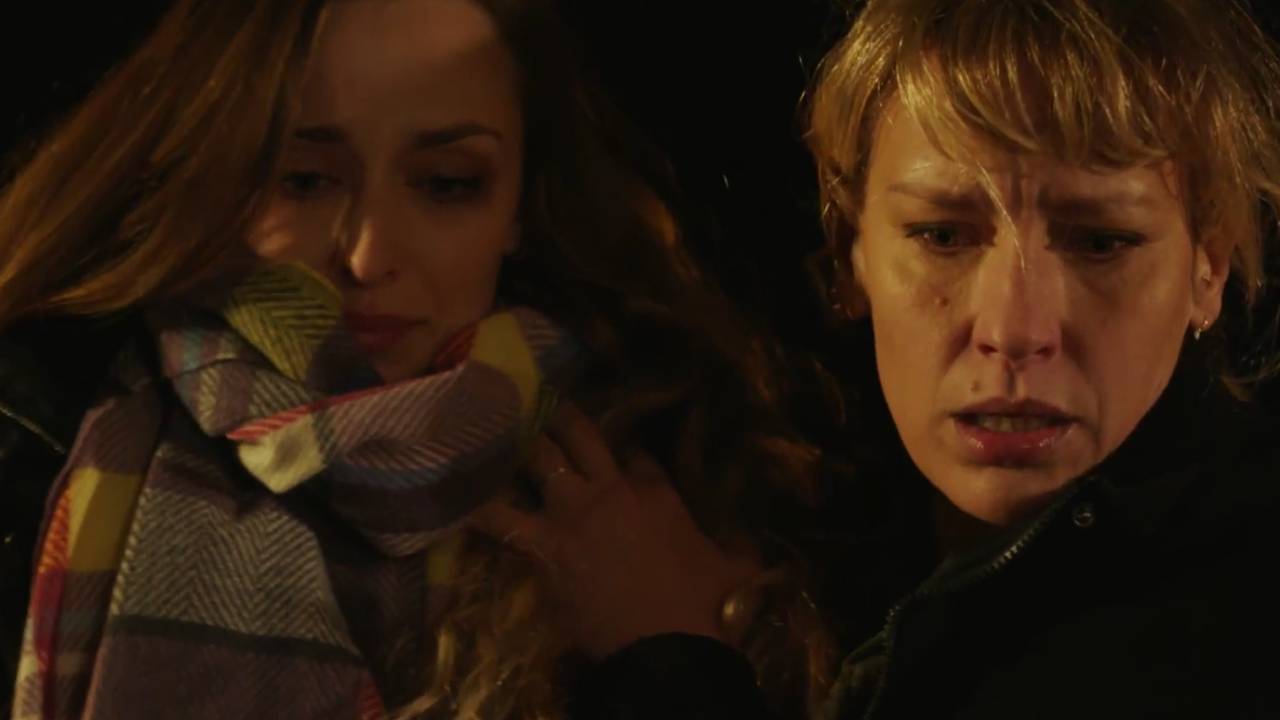 In the next episode of “Tomorrow belongs to us” … While Lydie ends her days, Victoire and Lucie make up for lost time. Xavier agrees to collaborate with Chloe.

Thursday March 4 in Tomorrow belongs to us …

After spending the night looking for Lydia all over town, Samuel returns home frustrated. Although he is afraid that his mother will be interned again, Doctor Chardeau goes to the police station to report his disappearance. For her part, Marianne has no desire to go to work for fear that Lydie does not attack her again. While Renaud is certain that she will be safer with him in the hospital, his wife agrees to accompany him. At the Spoon, Lydie is in the middle of a crisis and talks to herself, scribbling inconsistent things on pieces of paper. As the customers begin to look at her strangely, Ulysses urges her to leave the premises. While Lydie loses his temper and threatens him with a knife before fleeing, Roxanne immediately informs the police. Meanwhile, Samuel and Aurore contact their daughter to explain the situation to her and make her promise to come home directly at the end of school. Despite her parents’ recommendations, Sofia, who is worried, walks the streets of Sète with Arthur to find her grandmother. Shortly after, the teenagers finally stumble upon Lydie near the lighthouse. Sofia then tries to reason with her but the latter is irrational. When the young woman reminds him with emotion of all the wonderful moments they spent together, Lydie recovers a semblance of lucidity and asks him to leave. Fearing that the situation would degenerate, Arthur warns Samuel and Aurore. There, they discover Lydia lying in a pool of blood. In tears, Sofia indicates that her grandmother committed suicide.

Having planned to see Lucie again in the evening, Victoire thanks her mother-in-law for pushing her to reconcile with her best friend. While Mona fears that she will now abandon her son, Victoire ensures that she will always put her couple before everything else. At the same time, Lucie has breakfast with Georges and Karim. Although they would like to see her come back to the police station, she is not ready and adds that she is thinking about a much more Zen profession. At the end of the day, Victoire joins Lucie at her apartment. While unpacking the groceries, the doctor discovers three male sweaters. Uncomfortable, Lucie claims it is a gift for Georges. During the evening, Victoire suggests that Lucie take a weekend trip to the Cévennes for a hike. As her friend walks away, Victoire wonders if she might have met someone. The former policewoman answers no and finally agrees to spend the weekend in her company.

XAVIER AGREES TO COLLABORATE WITH CHLOÉ

In high school, Sandrine tells Chloe how much Xavier blew her away by helping a couple he doesn’t know. Sandrine then asks her about her jewelry project. Chloe then tells him of her desire to collaborate with the prosecutor but specifies that he does not react to his numerous requests. Sandrine pushes her to go for it and follow her instincts. Shortly after, Chloe goes to Xavier’s to get an answer. Unfortunately, he declines his offer, explaining that he no longer has confidence in her since the Corkas affair. Deeply hurt, Chloe confesses that she was falling in love with him before leaving. At the end of the day, Xavier goes to Chloé with his drawing board and declares that he agrees to collaborate with her because her project is great. With enthusiasm, Delcourt’s daughter invites him to get down to work immediately, but he has to go to the swimming pool. Chloe, who is disappointed, later confides in Mona that she doesn’t want a man who doesn’t know what he wants.