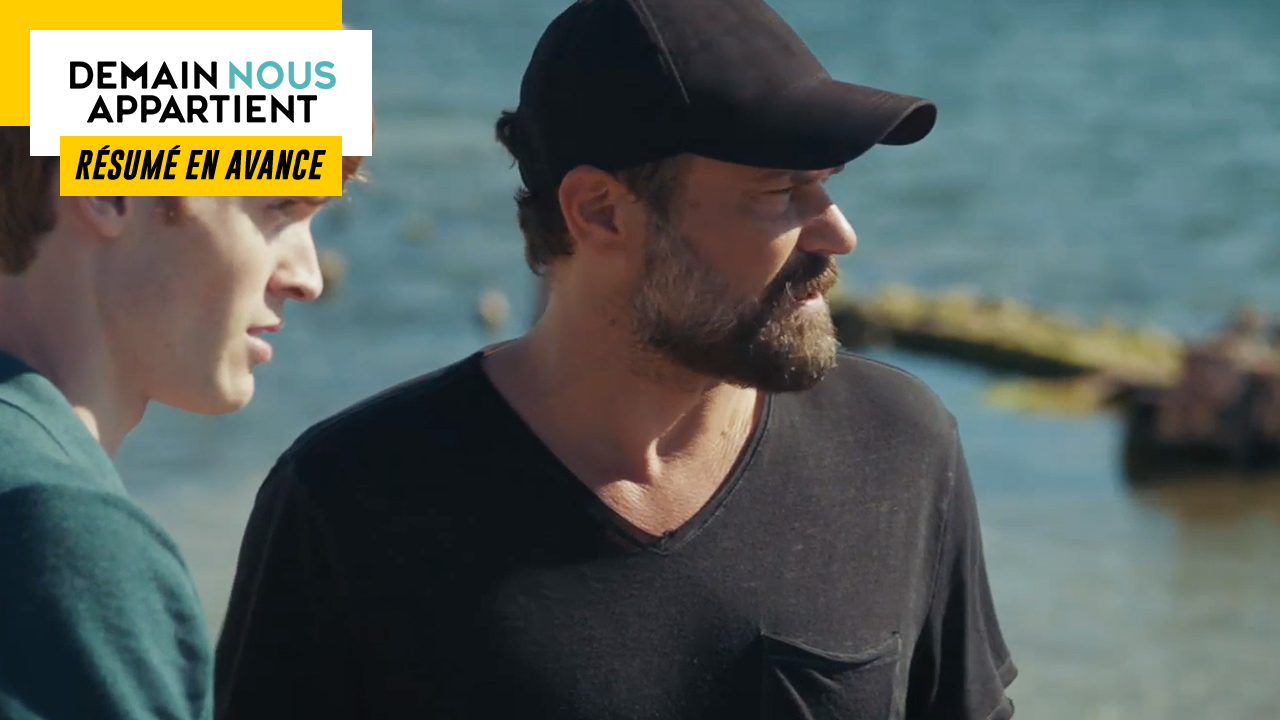 In the next episode of “Tomorrow belongs to us”… The police are on the trail of Gaspard and Sacha and Samuel took a one-way ticket to Mexico. As for Raphaëlle, she learns the truth.

Friday, August 26 in tomorrow belongs to us…

THE POLICE IS ON THE TRACK OF GASPARD AND SACHA

More fear than harm at the police station! Indeed, the bomb was actually fake and very well imitated. For her part, Sara still feels guilty for not having found a team in time to catch Sacha Girard. The commander then assures her that she did a very good job since no one was injured during the evacuation of the police station and the hospital. Nordine then interrupts them: he has managed to identify Sacha’s accomplice thanks to a photo and it is indeed Gaspard Couturier.

In parallel to the hospital, Etienne would like to thank the hero who saved his wife. Bénédicte admits that Benjamin was very courageous while she was completely paralyzed by fear. The pediatrician then admits to having acted instinctively.

Aurore is back at the police station after her anti-terrorist internship which took place more than 300 kilometers from Sète. She finds the commander who explains to her how Georges mastered the situation while remaining with him until the end. Martin also believes that they can get on familiar terms from now on. For his part, Georges recovered the photo on the phone of the young woman from the service station and it leaves no room for doubt: Gaspard is the robber in the clown mask. The commander then understands that the young man probably orchestrated everything from the start with his father. Then, Nordine announces to them that an ambulance has disappeared from the hospital and that it could have been stolen by the father and the son. Georges immediately tries to locate her.

A little later, Juliette is totally annoyed at the police station. Georges explains to him that they are certain that his son has been in contact with Sacha for weeks now and that they have organized everything down to the smallest detail. Police also analyzed CCTV of their exchange in the visiting room and discovered that Gaspard passed the razor blade to his father when he grabbed him by the collar. Juliette was far from suspecting their complicity and thinks that her son can still be reasoned with. She also asks Georges not to hurt her.

At the same time, Martin announces the same discoveries to Tristan. He can’t believe his nephew actually shot him… but after all, like father, like son.

Meanwhile, Gaspard recovers the money he hid at Vigie Cove. The young man apologizes to his father since he believes that he did not collect a large enough sum during the robberies. However, Sacha does not hide his pride and thinks that they form a very good team. He even makes her believe that her mother will end up agreeing to go with them on the run to Morocco and that they will make a new start together. The prisoner then learns bad news: Gaspard confessed to his mother to be the robber in the clown mask and also brought her to the cove. He then realizes that their plan may be in jeopardy.

And Sacha is right to be wary! Aurore arrives at the creek only about twenty minutes after the start. The two fugitives were seen by witnesses.

The commander is about to work out a plan when the policewoman tells him on the phone that Sacha and Gaspard left the cove several minutes ago. The two locations being quite close, Martin understands that they are probably not very far. The father and the son decide to hide in a shed hoping to surprise the two fugitives. Gaspard notices in the distance that the zodiac has changed places, which means that the police have already found it. They then decide to discreetly flee the scene.

The situation did not calm down between Victoire and Samuel. The gynecologist took a one-way trip to Mexico, which greatly worries his girlfriend. The young woman fears that he will realize that his place is there and that he will start a new life. He then promises that he will come back but Victoire asks him not to come forward. Samuel explains to her that he is taking a break in his life but not with her: he is madly in love with her and intends to come back.

A little later, Samuel is having lunch with Renaud and Paul. He decided to leave the management of the stud farm to Paul during his absence. Both father and son think he is quite capable of handling the estate and well deserves the job. And if the young man is not really comfortable with relationships and communication, Renaud assures him that he can count on him.

Before his departure, Samuel takes stock of the current files with Marianne. He knows that his replacement will arrive on Monday and does not want him to learn about the home-made insemination of Sara and Roxane. The doctor assures her that she will watch over them, especially since Roxane is carrying her first great-grandchild.

Later, his colleagues prepared a surprise party for Samuel. They all wish him a good trip and give him vintage “Maverick” sunglasses, engraved with his name.

The time for goodbyes has arrived! Victoire has finally understood her boyfriend’s motives and asks him to take the time he needs to feel better. The couple then declares their love in a most moving moment. Then, Samuel gets into a taxi and gives free rein to his emotions.

The juvenile judge must soon give her verdict on Emma. The young woman drove a car without a license and committed other crimes. However, she did not know that she had been robbed. Camille tries to reassure her somehow and assures her that her mother is doing everything to help her. But Emma fears that her best friend’s mother no longer wants her to move in with them and categorically refuses to return to live with her grandparents.

A little later, Camille tries to convince her mother not to let Emma down, especially when she needs it most. According to her, her girlfriend is a good person and will be able to rebuild herself after her installation.

Meanwhile, Maud is very happy and lets Dorian know. She’s sure her sister’s best friend is going to jail after everything she’s done.

Raphaëlle finally accepts that her daughter’s best friend stays with them but still asks for Maud’s approval. The young woman uses futile excuses not to accept his arrival, which angers her sister. Her mother then understands that something is wrong and pushes her daughter to confide. Maud confesses to him that her sister was arrested by the police because she stole from a store because of Emma. She also thinks that the young woman has a very bad influence on Camille, whose behavior has changed a lot lately. Faced with her revelations, Raphaëlle is flabbergasted.