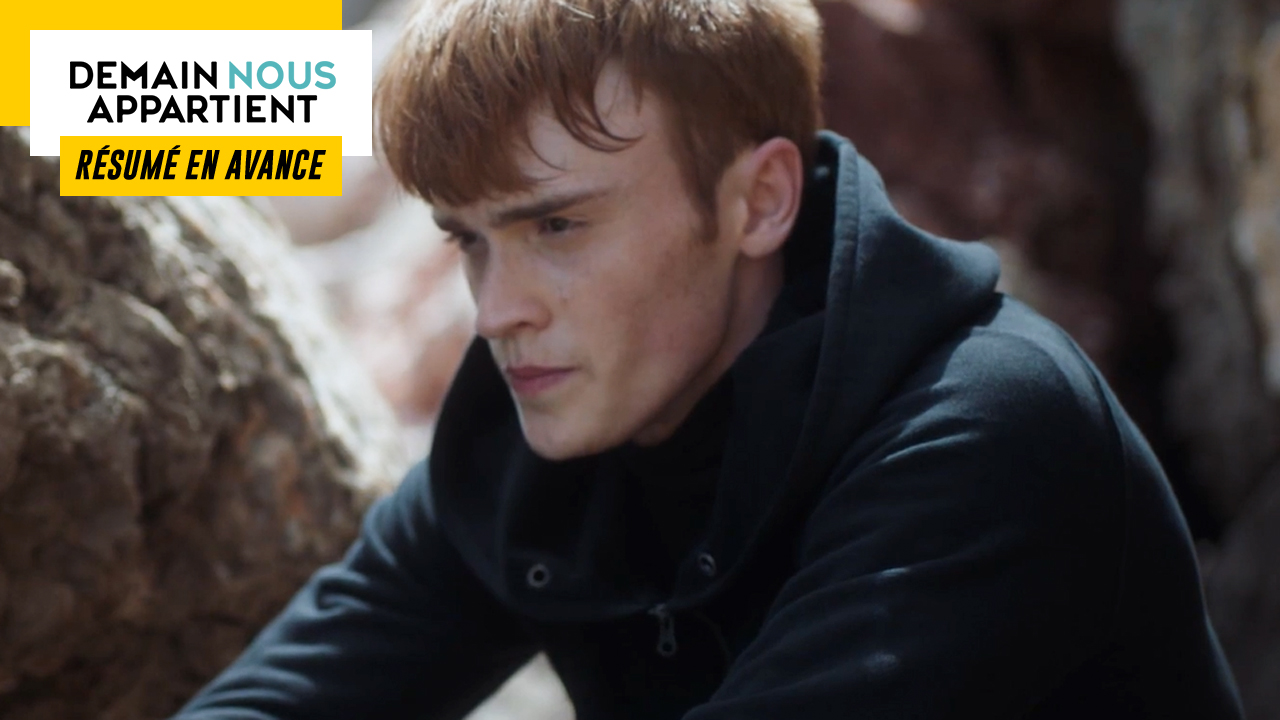 In the next episode of “Tomorrow belongs to us”… While Gaspard is the robber in the clown mask, Samuel asks himself questions. Aurore discovers the truth about Manon and Nordine.

Monday, August 22 in tomorrow belongs to us…

GASPARD IS THE ROBBER WITH THE CLOWN MASK

Tristan was shot and injured after trying to disarm the robber in the clown mask. The Sète police are investigating. According to the results of the ballistic analysis, the casing found at the Spoon is indeed from Nordine’s weapon. In addition, a witness saw a motocross speeding off close to the establishment just after the robbery. As Milan was in the premises of the police station at the time of the events, Commander Constant understands that they are dealing with two robbers. If Milan is indeed responsible for the six robberies listed in the region and the theft of Brunet’s car, it has nothing to do with what happened at Spoon, at the hut or with the theft. Nordine’s weapon. Aurore therefore thinks that the robber is a novice who is copying Milan’s modus operandi, which makes him all the more dangerous.

For his part, Tristan spent the weekend in the hospital and Gaspard goes to his bedside to hear from him. Fortunately, the former Spoon manager assures that he is doing very well because the ball only grazed his thigh. Besides, he should be out in the morning. While the teenager tries to understand why he intervened, Tristan explains that it was a kind of reflex as well as the fear that one of his friends will take another bullet. Indeed, the robbery reminded him of the Spoon’s hostage-taking and Ulysses’ death. At worst, Gaspard apologizes to him for not having been cool with him these last few days. He even recognizes that his mother is right and that he must become an adult quickly from now on. At this moment, Tristan has a memory of the robbery and recognizes the voice of the robber as being that of his nephew.

Later, Bart and Tristan go to the police station to give their statement. According to the Vallorta son, the attacker looked very young and did not know how to hold his weapon. Tristan remains very silent and does not speak of his doubts to the police.

Back home, Tristan searches through Gaspard’s belongings. When the latter seeks to understand what he is doing, Tristan admits that he recognized his voice during the robbery of the Spoon but Gaspard assures that he would never have shot him. Alerted by their argument, Juliette joins them to find out what is going on. Tristan then tells him of his doubts. For his part, Gaspard swears he was with friends on Friday evening and even gives his mother his phone to prove it to her. However, Juliette takes her son at his word and has no intention of checking. Faced with such accusations, the mother of the family declares that it pains her a great deal that he believes Gaspard capable of such a thing. And to add that his son is terrified of becoming like his father. Suddenly, Tristan wonders if he would not have been mistaken.

Meanwhile, Camille and Emma go to the Perraud cabinet to find out what Milan is risking. Raphaëlle therefore explains that he will probably go to prison because what he has done is very serious. As Emma also risks a lot for having driven a stolen car without a license, Camille wants to know if her mother can help her. If Raphaëlle is willing to continue to harbor her and defend her, she nevertheless demands that she be honest with her from now on. Emma then promises that she will have no more bad surprises.

At the Saint-Clair hospital, Benjamin informs Doctor Delcourt that his gown and his badge have been stolen and that the security service has been notified.

At the same time, Tristan confides in Sylvain about his doubts about Gaspard and can’t believe he accused his nephew of shooting him. At the same time, he remains convinced that he recognized her voice. Eventually, Tristan feels like he’s going crazy and comes to hate himself for having hurt Gaspard.

However, Tristan was right on target… Several kilometers away, the robber went to the beach and recovered a sports bag hidden behind some rocks. After taking his mask and then Nordine’s weapon, the young man takes Benjamin’s blouse and badge out of his bag. And the robber in the clown mask is none other than Gaspard…

At stud, Samuel wakes up after a particularly restless night and tells Paul that he had had a dream that moved him a lot. Indeed, the doctor dreamed of a kid who walked on a beach fully dressed before sinking into the water. It’s the voice of a man asking him to come back and Samuel feels that this voice belonged to his father.

For his part, William has lunch with Victoire and Anne-Marie. Without news of the man she loves, Victoire is worried and wants to go see him at the stud farm. While his grandmother tries to dissuade him, William thinks on the contrary that this visit could do him good.

Not far from there, Renaud came to visit his son at stud. After telling him about his dream, Samuel tells him that he felt total fulfillment when he almost died. Although he resents Victoire a little for having saved his life, Samuel however assures that he has no intention of ending his life.

On the advice of his father, Samuel then returns home and finds Victoire and William. Happy to see him again, the young woman immediately leaves to get a bottle of rosé to celebrate. Samuel then takes advantage of his absence to tell his friend how lost he feels. Besides, he’s not sure he wants to go back to his life as before…

AURORE DISCOVERS THE TRUTH ABOUT MANON AND NORDINE

Manon and Aurore have breakfast at the Spoon. Seeing that her daughter is smiling again, the policewoman jumps at the chance to ask her about her love affairs. As Manon indicates that she no longer sees Valentin, Aurore tries to find out the name of the person who makes her heart beat. That’s when Sophie arrives with the things Nordine left at home. And the lawyer takes pleasure in telling Aurore that her daughter is sleeping with her colleague. Aurore takes the news very well and is already jubilant at the idea of ​​seeing her colleague’s face when she brings him back his bag of panties.

Aurore has every intention of putting Nordine’s nerves to the test. She therefore arranges to meet him outside the police station to give him his things and then makes him believe that she is convinced that the revision sessions were only an excuse to sleep with her daughter. Nordine then assures that nothing happened with Manon before taking to his heels.

Afterwards, he joins Manon at the beach and immediately reassures her. Even if Aurore has no intention of giving her any presents, he clarifies that he is not afraid before kissing Manon tenderly.

Aurore tries to understand why Martin told her nothing about the love story of their children. The latter then explains to him quite simply that it was not up to him to do it. To tease him, Aurore has fun making him believe that the age difference poses a problem for him. Realizing that she’s making fun of him, Martin says that for a profiler she didn’t have a hollow nose.

Not far from there, Sophie confides in Raphaëlle about her breakup. Indeed, the lawyer cared more about Nordine than she thought and has trouble digesting that he fell in love with a girl. As she doubts her power of seduction, Raphaëlle reminds her that she is still young, beautiful and talented. According to her, it will not take her more than a few weeks before she finds the shoe that suits her.