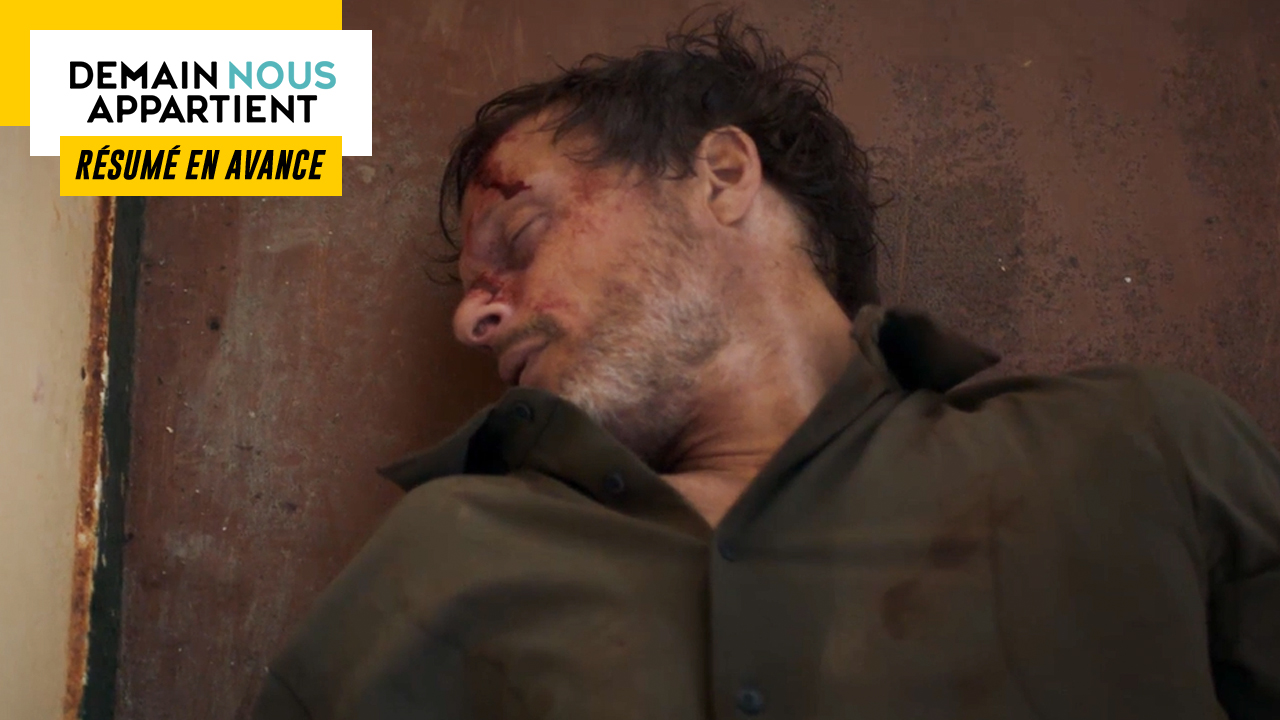 In the next episode of “Tomorrow belongs to us”… As the noose tightens on Nicolas, Sophie marks her territory. At the same time, Camille gets pinched.

Friday, August 12 in tomorrow belongs to us…

THE VICE TIGHTENS ON NICOLAS

Thanks to CCTV footage from the hospital, Victoire was cleared. Indeed, the young woman was seen leaving the parking lot at 11:03 p.m. on August 10, twenty minutes before the death of Cédric Diallo. Victoire will therefore be able to be released.

For his part, Samuel, still just as weakened, tries to understand why Nicolas is attacking him. The latter then replies that he is angry with Victoire and swears that she will pay for what she did to him. When he begs him not to hurt her, Nicolas leaves.

Once free, Victoire goes to the hospital to work and Nicolas confesses to her that it was he who reported her to the police. However, he makes her believe that it was Noor who insisted on doing it. Understanding, Victoire does not hold it against them. All that matters to her is finding the man she loves alive. As Nicolas puts his hand on his shoulder to support him, Victoire notices that he is not wearing a watch on his wrist.

As this arouses her doubts, the young woman joins Noor in the interns room to show him the photo of the watch found near the place where Samuel was kidnapped. According to the latter, the object could well belong to Nicolas. She then explains that it was he who had the idea to report her to the police. Right after Cédric’s death, he came to see her to tell her about the video of threats and to tell her that he should have acted by going to see the authorities. Noor having seen Victoire come out of Cédric’s room upset, she thought he was right. By consulting the schedule of the nurses, Victoire notices that Nicolas was not working the day of Cédric’s death. Still, Noor spent the evening working with him. Victoire therefore understands that it is he who killed Cédric and that he is the source of all his misfortunes.

Subsequently, Victoire goes to the stud farm and then shows Paul a photo of Nicolas after having apologized to him. Immediately, the stable manager recognizes the young man. He had come to the stud farm for the first time after Solange’s death and pretended to be a certain Monsieur Triolet, a doctor specializing in brain operations.

Without waiting, Victoire rushes to the police station and shares her suspicions with Georges. While doing some research, the policeman came across an article from 2011 evoking a hazing at the Montpellier medical school during which students had been tied up and thrown into the water. That day, Nicolas Barraud, a student, had narrowly escaped drowning. Due to serious complications, however, he was forced to abandon his studies.

This story, Victoire remembers it perfectly since she was present at this evening. Doctor Lazzari also remembers Nicolas but did not recognize him because he was overweight at that time. Georges does not take long to understand that this event has ruined the future of Nicolas.

Later, Georges retraced Nicolas Barraud’s journey and discovered that he moved from town to town to be closer to three of his most active hazing people. And strangely, all of them have lost loved ones or had serious accidents. Each time, the modus operandi was the same.

Meanwhile, Samuel manages to untie himself and get out. As he is about to leave the boat, Nicolas knocks him down violently.

Manon smiled again so much that she even prepared breakfast for the whole family. However, if William hoped to be able to spend a moment of complicity with his daughter, the latter remains glued to his phone. It must be said that Nordine sends her messages in which he tells her that he is thinking of her and that he really wants to see her again.

At the same time, Nordine goes to the Perraud office to have a discussion with Sophie, but the lawyer tries to save time by inviting her to lunch at the restaurant. While she reserves a table, Sophie instructs Nordine to retrieve a pile of files from her office and takes the opportunity to read the last exchanges he had with Manon on the policeman’s phone.

Subsequently, Sophie settles down on the deckchair next to Manon at the straw hut and then makes her believe that Nordine was still sleeping in her bed when she left to come here. And to add that he made him read their messages. As she refuses to believe her, Sophie retorts that she will hurt herself waiting for him before saying that he needs an experienced woman in his life.

Humiliated, Manon confides in Charlie who urges her to block him and move on. A piece of advice that the young woman ends up following.

Dorian and Camille go shopping. When they leave the store, the alarm sounds and a security guard comes to meet them to search their bag. Inside, he discovers a perfume. Camille does try to make him believe that she bought it, but without success. As he threatens to call the police, Dorian intervenes and says he is ready to pay for the perfume. Unfortunately, the guard has instructions and warns the police.

Shortly after, Camille is taken to the station where she is heard by Sara. Although she does not risk much, the policewoman nevertheless makes her understand that this will not give a good image of her to the judge during the Beaumont trial. As required by law, Sara then calls Raphaëlle to warn her.

Back home, Camille is at her worst and confides in Maud, Dorian and Emma. The latter, who regrets having involved her friend in her schemes, sincerely apologizes to her. For his part, Dorian has understood that his girlfriend is fragile at the moment and tries to make her understand that spending time with Emma is not necessarily a good thing. Aware of having done anything, Emma wonders if it would not be a good idea for her to go home but Camille opposes it to the great displeasure of Dorian who prefers to leave.

At the police station, Dorian claims to Sara that he was the one who stole the perfume. When Aurore arrives, she tries to find out what her nephew is doing there. Dorian then replies that he came to denounce himself. Far from being fooled, Sara interrupts their conversation and clarifies to her colleague that he is only doing this to cover up for his girlfriend. Even if she shares his point of view, Captain Jacob takes her nephew’s statement despite everything because she knows full well that he will not change his mind.

At the end of the day, Dorian indicates that he did this so that Camille would have a perfect file for the trial. Once she thanks him, she promises him never to do it again. By joining them, Emma says she is happy that everything is working out for her friend. As the tone quickly rises between her and Dorian, Camille begs them to stop fussing over her. As she wants to have a good evening, they agree to make an effort.