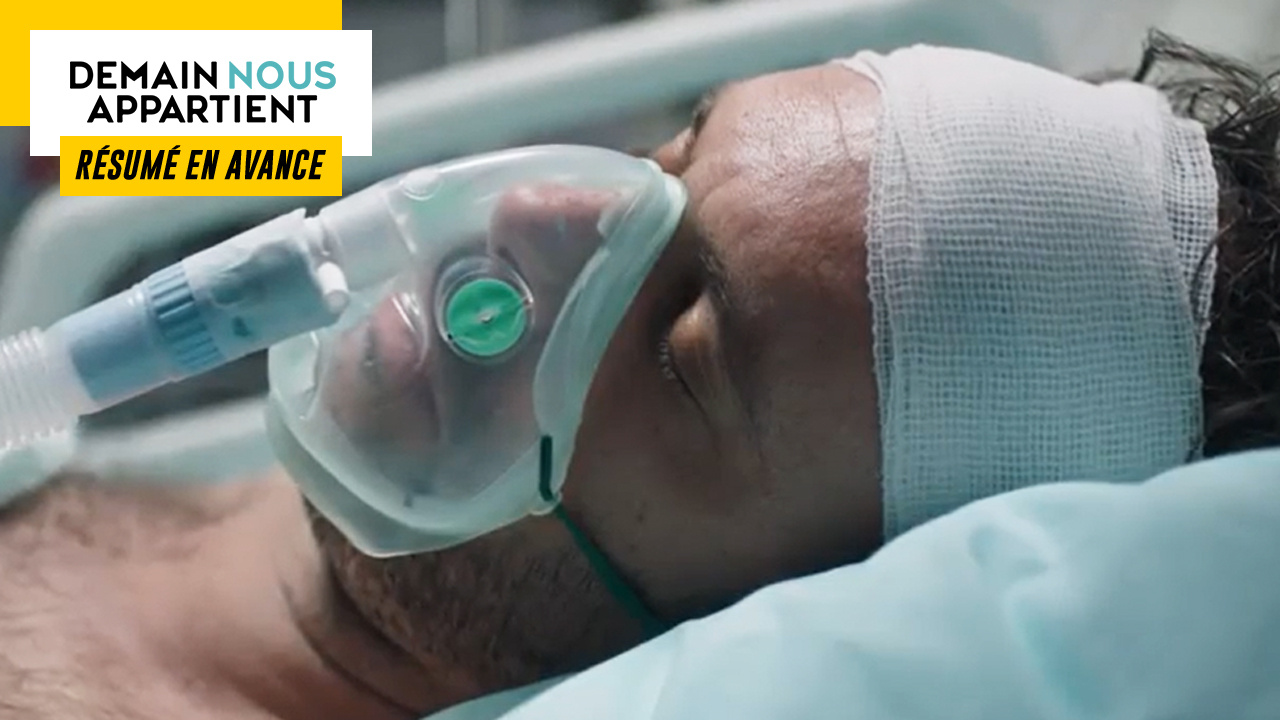 In the next episode of “Tomorrow belongs to us”… While Cédric’s state of health is worrying, Gaspard and Juliette are back in Sète. At the same time, Roxanne’s hypersensitivity calms down.

Friday, August 5 in tomorrow belongs to us…

CEDRIC’S STATE OF HEALTH IS CONCERNED

After being found unconscious in the scrubland, Cédric was rushed to hospital with a major head trauma. In a coma, the nurse therefore presents a worrying state. A blow for Angie, Jahia and Lilian. When Noor shows up in the bedroom to check on her, the teenagers agree to let her stay.

For their part, Damien and Martin comb the area where Cédric was found. According to Damien, he tripped over a root before hitting his head on a rock. He then reportedly walked up the road to ask for help before eventually falling to the spot where he was discovered. As the spacing of his steps proves that he was running just before his fall, the police are certain that Cédric was fleeing from someone.

Subsequently, Martin finds Georges at the Saint-Clair hospital to question Maëlle, a caregiver, about Cédric. The latter explains that she came across the nurse in the rest room during her break. He was on the phone and looked preoccupied. When he hung up, he told Maëlle that he had to join his daughter immediately. Apparently, something had happened to him or something might happen to him at the hut. He then collected his belongings before leaving in a hurry. It was around 7:30 p.m., shortly after he had administered the beta-blockers to Anne-Marie.

In order to clarify this story, the two police officers meet the Lopez-Diall girls who indicate that they were at home the evening of his disappearance and not at the straw hut. Georges then thinks that Cédric lied to the caregiver. According to him, he pretended to receive a call to justify his hasty departure.

Back at the police station, Georges confirms to Commander Constant that Cédric received a call Tuesday evening from a prepaid mobile phone. It is therefore impossible for the police to go back to his interlocutor. The latter would have called him and made him leave the hospital, making him believe that his daughter was in danger. A story that strangely resembles that of Anne-Marie. Indeed, she had received a phone call from a person she did not know and who had made her believe that Victoire was in danger. It is for this reason, moreover, that she had returned to Sète. Immediately, Georges calls Victoire to retrieve the phone number from Anne-Marie’s cell phone. As they correspond, this demonstrates that Anne-Marie and Cédric were trapped by the same person. And it can’t be Paul since he’s still in prison.

For his part, Benjamin comes to lend a hand to Samuel at the stud farm. As he is afraid of not being able to manage everything without Paul, the doctor plans to sell the White Lands to the great displeasure of Doctor Ventura who loves this place very much.

Not far from there, William announces bad news to Noor. With tears in her eyes, the young woman then finds the Diallo-Lopez children and tells them that the damage is much more severe than what the doctors initially thought. In addition to bruises, Cédric has a cerebral hematoma and oedemas. Unfortunately, the operation is too risky, so the doctors can’t do anything but keep him alive and hope his injuries heal on their own. Given the seriousness of the lesions, it is possible that the healing will not succeed and that Cédric will never wake up. Upset, Angie breaks down in tears in her brother’s arms.

At the police station, Martin and Georges take stock of the investigation. With the elements in their possession, they come to wonder if it would not be Victoire and her relatives who would be targeted by the killer.

At the same time, Victoire bathes in the pool without knowing that someone is watching her behind the palm trees.

GASPARD AND JULIETTE ARE BACK IN SÈTE

Juliette and Gaspard are back in Sète to the delight of Tristan. When the mother of the family declares that she did not think of returning one day to the little Venice of Languedoc, the former manager of the Spoon retorts that he undertakes to make them spend unforgettable holidays. If Océane is missing, it is because the young woman has started a road trip and is currently in Melbourne. For his part, Gaspard rather thinks that his sister prefers to live her life away from her family.

Later, Juliette tells Tristan how complicated it is with Gaspard at the moment. In addition to being away from his friends, he made the decision to quit school. For Juliette, her son cannot turn the page and since the date of Sacha’s trial has still not been set, she knows that it may take time. Sometimes she thinks it might help them move forward but also feels it might be worse since they will all likely be called upon to testify. Although Gaspard saw specialists, nothing changed. And since he no longer wants to hear from his father, things are going to be complicated. For his part, Tristan cannot blame him since he has completely cut ties with his brother too.

At the same time, Gaspard meets Jack at the straw hut. Quickly, the two teenagers sympathize and get to know each other. While Jack seeks to learn more about his family, the Couturier son leads him to believe that his parents are still together before specifying that he does not see his father much because he works on an oil platform.

At the end of the day, Tristan, Gaspard and Juliette dine at the Spoon. When the young man tells that he sympathized with Jack, Juliette asks many questions but he does not want an interrogation.

Sara and Roxane move in with Bart for a few weeks. To welcome the mother-to-be as it should be, the Vallorta son has cleaned the whole house so that she does not smell any odor. Unfortunately, he used a lemon-scented product, which makes him nauseous.

At the police station, Sara confides to Aurore that she is happy to live with Bart and that she hopes that he will support Roxanne because it is out of the question for her to return to the apartment.

At the end of the day, Bart made a mixed salad for dinner. As he put the county, Sara fears that it will be the tragedy but to everyone’s surprise, Roxane is attracted by the smell of cheese to the point that it makes her hungry. His hypersensitivity to odors therefore seems to be over for the happiness of all.