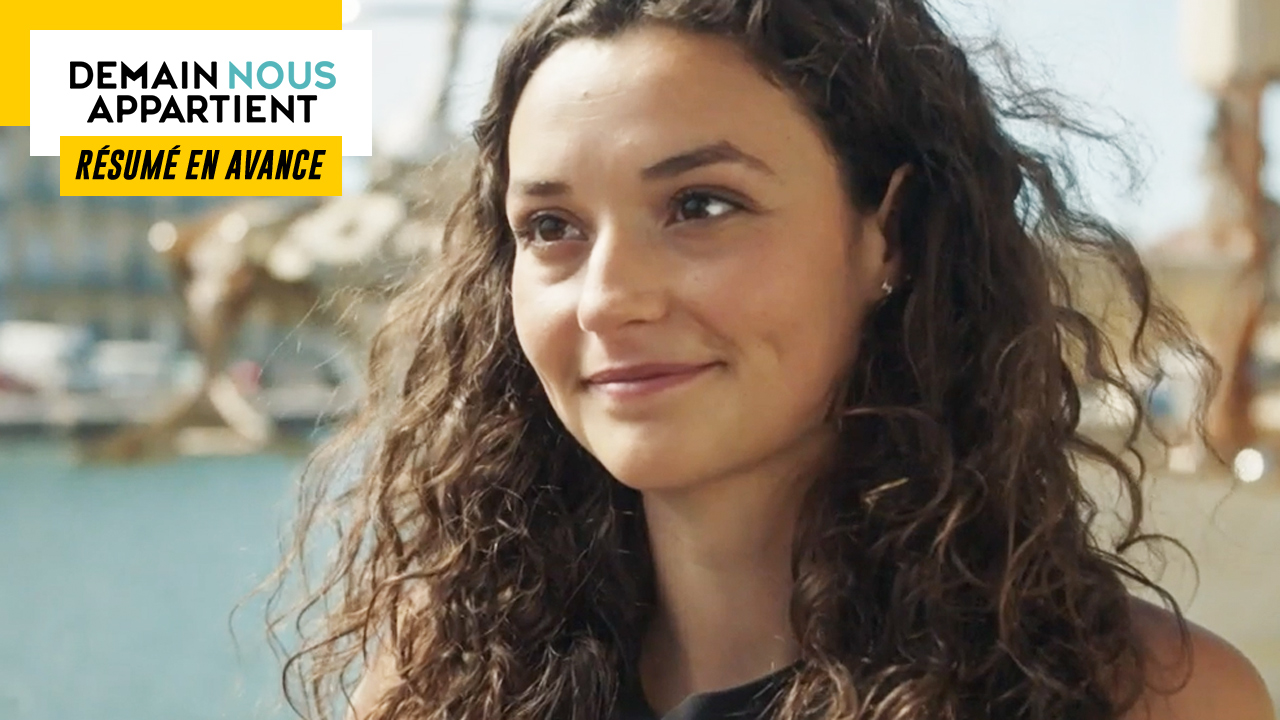 In the next episode of “Tomorrow belongs to us”… While Cédric has disappeared, Dorian feels rejected. At the same time, Nordine breaks Manon’s heart.

Wednesday, August 3 in tomorrow belongs to us…

Although Anne-Marie’s health has now stabilized, her pulse remains weak. Indeed, significant traces of beta-blockers were found in his blood, which is incomprehensible since Benjamin had to administer a simple tranquilizer. Furious, Victoire seeks to understand what happened. Although Dr. Ventura prescribed a sedative for his patient, it was not he who gave it to her. In order to get this story clear, Victoire decides to check who was on the nurses’ schedule the day before.

Noor and Nicolas were on duty but were not busy with Anne-Marie at the time of the incident. Indeed, Noor was in reinforcement in the emergency room while his colleague was with a patient in room 57. On the other hand, a person who was on the schedule is missing: Cédric Diallo.

For his part, Samuel does not think that a nurse could have screwed up at this point and wonders if what happened to Anne-Marie was not intentional. Firmly believing in Paul’s innocence, he thinks that recent events could have something to do with his girlfriend’s grandmother. However, Victoire does not believe it and urges him to come out of denial.

Later, Renaud goes to the stud farm to give his son a hand in Paul’s absence and takes the opportunity to tell him the truth. Ten years ago, Renaud had a real crush on Diane but never tried anything because of their age difference. Unfortunately, Solange was sure they were having an affair and persuaded Laurence, the first woman Renaud fell in love with after Samuel’s mother. The latter finally left him when he intended to make his life with her. Samuel now understands why his father was angry with his sister. Despite this, Renaud regrets not having reconciled with his sister before her death and would have liked to tell her that he loved her.

Not far from there, Noor tries to reach Cédric but he does not answer. So she leaves him a message on his answering machine to let him know that Marianne is looking for him. “ Apparently, you took care of Victoire’s mother last night. I know it’s complicated for you right now but I don’t understand how you managed to get stuck between painkillers and beta-blockers. Expect Marianne and Victoire to ask you questions. If you need help, I’m here “. Words that did not escape Nicolas who obviously hastened to repeat everything to Victoire. Furious, Doctor Lazzari immediately confronts Noor who swears she doesn’t know if Cedric was wrong.

Subsequently, Anne-Marie finally wakes up and Victoire rushes to her bedside. After reassuring her about her state of health, the young woman tries to find out who gave her the drugs. Anne-Marie is then formal, it was Cédric.

As night falls, Jahia and Angie go to the police station to report their father missing for more than 24 hours.

Camille blames herself terribly for having been odious with her boyfriend, but Emma is certain that he will end up calling her back. For his part, Dorian confides in his mother about Camille’s change in behavior since Emma’s arrival. Indeed, he has the feeling that she is rejecting him when he has always been there for her since the story with Stanislas. For Bénédicte, she is not doing as well as she claims and does this to forget what happened. She therefore encourages her son to be patient.

Meanwhile, Emma and Camille continue the preparations for their pink party which will take place at the hut the following evening. While they show Charlie the list of cocktails they have imagined for their evening, Milan arrives with professional sound equipment.

Later, Dorian arrives at Camille’s with everything he needs to make homemade pizzas. Unfortunately, Camille and Emma have planned to go to a party with Milan. The teenager invites her to join them but Dorian prefers to stay with Maud.

A few hours later, Camille returns from her tipsy evening. Dorian then criticizes him for partying a little too much at the moment. And to add that he hopes that she does this only for fun, not to hurt herself.

Manon regrets having slept with Valentin. If Nordine had called her five minutes earlier, she would never have crossed the line with the beach attendant at the beach hut, whom she couldn’t care less about.

Subsequently, Manon joins Nordine at the edge of the canal. The opportunity for Martin’s son to take his courage in both hands and tell him what he has on his heart. When Manon returned his books to him for the competition, he understood that she no longer wanted to see him again. As she replies that she would have liked to keep them, he tries to find out if she is dating the boy from the beach. In vain does she assure us that she doesn’t care at all about Valentin, Nordine insists and asks if something happened between them. After she says no, Nordine promises to straighten things out with Sophie and takes Manon’s hand before declaring that he was stupid not to tell her earlier that he liked her. As Nordine has to go back to work, they meet in the evening.

However, he quickly becomes disillusioned when he hears Aurore tell Roxane that she surprised her daughter with a boy. And Captain Jacob even thinks she has feelings for him.

Deeply hurt, Nordine finds Manon in the halls and questions her to understand why she hid the truth from him. Not being together, Manon believes that she has no accountability to him. Before leaving, she specifies that she did this only to make him jealous.

Back at the police station, Nordine tells Roxane that he made a scene for Manon. Faced with her misogynistic attitude, she defends the Daunier daughter, all the more so since he has not yet spoken to Sophie.

Manon is heartbroken. Hearing her cry, Aurore tries to understand what is happening. As she doesn’t want to talk about it, the policewoman takes her in her arms to comfort her.