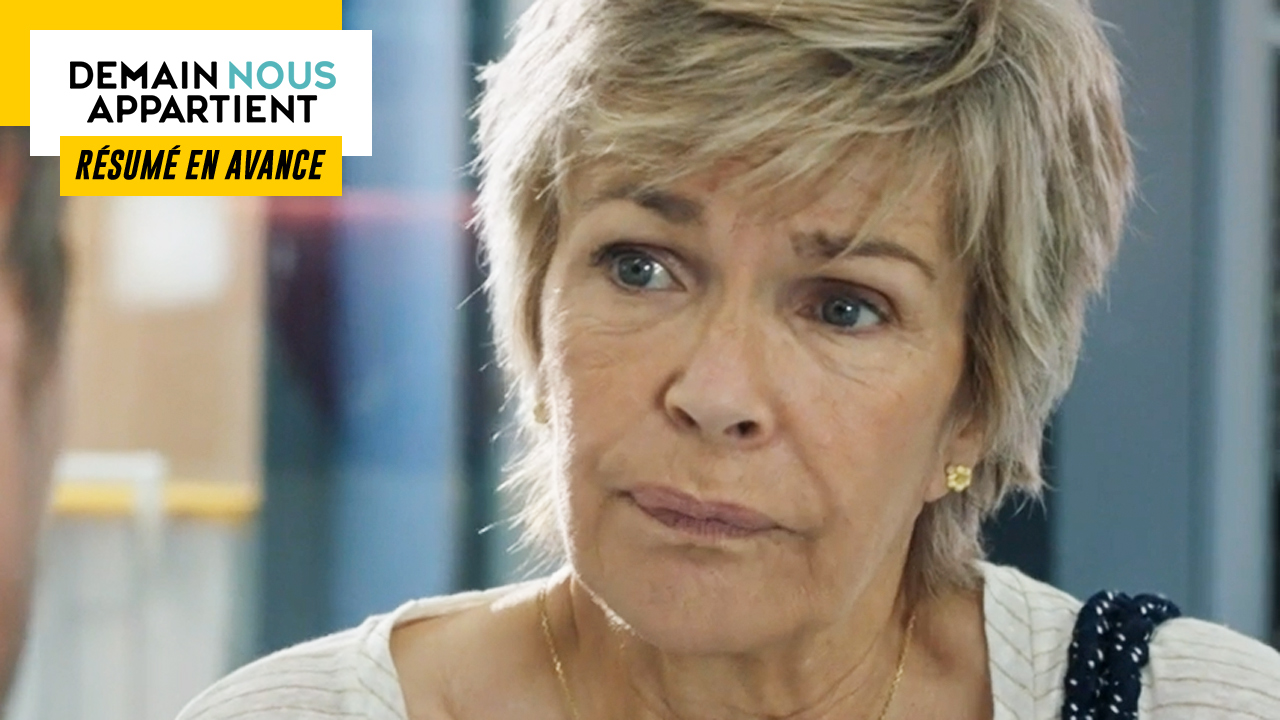 In the next episode of “Tomorrow belongs to us”… While Anne-Marie’s state of health deteriorates, Maud is back in Sète. At the same time, Manon takes a step forward with Valentin.

Tuesday, August 2 in tomorrow belongs to us…

ANNE-MARIE’S STATE OF HEALTH IS DEGRADING

At the police station, Paul tells his story to the police. Diane is the name given to Paul at birth. From an early age, he knew deep down that he was a man. When at the age of sixteen he informed his parents of his trans identity, they unfortunately kicked him out. As he was training at the stud, Paul started sleeping in the box with the horses.

One night, Solange surprised him and he then told her his story. Solange then picked him up and kept his secret. Ten years ago, Paul left the Terres Blanches to make his transition to Thailand thanks to Renaud’s money. Although Renaud knew he was in bad shape, Paul was never able to tell him the truth about his transition. It is for this reason that he made her believe that he needed to change his life.

In the community where he lived in Thailand, Paul had a friend who was transitioning into the female gender. Since they looked a lot alike, they had the idea of ​​exchanging their passports. He then became Paul Camus. However, Paul never had the courage to go before a judge to change his marital status.

When Commander Constant points out that he could have warned them who he was when they started suspecting Diane Ferry, Paul replies that he panicked and therefore did everything to cover his tracks. Regarding the DNA found on the rifle, Paul indicates that he uses it from time to time to ward off wild boars who approach too close to the stud farm. Afterwards, Paul asks to speak to Samuel, which Martin accepts in the hope that it will prompt him to confess.

Meanwhile, Renaud and Samuel, who have been made aware, still cannot believe that Paul Camus and Diane Ferry are one and the same person. Nevertheless, Renaud now better understands his friend’s discomfort and his suicide attempt. Samuel struggles to believe that Paul tried to kill him. According to him, Diane would never have done such a thing.

At the station, Georges and Martin take stock of the investigation. Although they would like to obtain a confession from him, they have enough elements to refer Paul.

Shortly after, Samuel arrives at the police station to have a discussion with Paul who explains that he really wanted to tell him the truth but that he was afraid of his reaction. While Dr. Chardeau tries to find out if he tried to kill him, Paul swears not and then clarifies that he doesn’t hate him. Indeed, he was even in love with Samuel when he was still Diane but he preferred not to tell her because he knew it was not mutual. For his part, Samuel makes him understand that he would have supported him if he had spoken to him about all this. Only Paul finds it hard to believe, especially since Samuel was a straight young man, comfortable in his own skin and for whom everything was easy. However, Doctor Chadeau retorts that it was not so easy before adding that he had his demons too. Before he leaves, Paul swears that he is innocent and urges Samuel to be careful because whoever is after him is still at large.

At the same time, Anne-Marie is at the market when she hears voices. Panicked, she goes to the hospital to see her granddaughter but she is not there. When Benjamin asks him what’s wrong. Anne-Marie explains that she has the feeling of being followed for a few days and that she now hears voices. Certain that she suffers from post-traumatic stress disorder, Benjamin gives her a relaxant before telling Victoire. For safety, the doctor decides to keep her for a PET scan.

At the end of the day, Victoire goes to the hospital to check on her grandmother who is not feeling well because of the medicine she has been given and has completely knocked her out. The next moment, Anne-Marie feels really bad and loses consciousness. Immediately, Victoire calls for a resuscitation trolley…

MAUD IS BACK IN SÈTE

Maud is back in Sète and finds a house upside down. Happy to see her again, Camille takes her in her arms then tells her that Emma is going to stay all summer. An announcement that does not seem to delight Maud who points out to the two young women that it’s a mess. Emma then recognizes that they let themselves go and promises that everything will be fine in two hours.

Later, Camille and Emma have fun at the swimming pool. Alone with Maud, Dorian takes the opportunity to find out what she thinks of Emma. Even if she doesn’t know her well enough, Maud finds her likeable. For her part, Dorian thinks that she likes parties a little too much for her taste and regrets that she involves Camille in her nonsense.

Later at the hut, Emma offers Camille and Dorian to organize a beach party. Quickly, they manage to convince Charlie to agree to do this in his establishment. As they need a DJ for the event, Milan, a young man who was at the party at the Perrauds a few days earlier, offers to do so in exchange for free drinks.

At the start of the evening, Milan arrives at the Perrauds’ where Emma and Camille are playing Beer Pong, a drinking game. As they begin to get tipsy, Dorian doesn’t really appreciate seeing his girlfriend get into such a state. As they end up arguing, Dorian decides to leave.

MANON PASSES A COURSE WITH VALENTIN

At the straw hut, Charlie tries to find out how Manon’s meeting with Valentin went. The Daunier daughter confides in him as they kissed. Although he wanted to go further, Manon was not sure she wanted more. Indeed, Valentin plays it a little too big a seducer for his taste. Understanding that she is still having a fix on Nordine, Charlie encourages her to sleep with Valentin to forget about him.

For her part, Roxane gives Nordine the books he lent to Manon for the competition. Affected, the latter indicates to his colleague that it would have been more correct on his part to hand them over to him. For Roxane, he hides his face and has feelings for Manon. Finally, Nordine admits that he has a big crush on the Daunier girl. However, the situation is complicated for him. Not only is he older than her, but she’s also Aurore’s daughter. In addition, he is in a relationship with Sophie. He may turn the situation around in every way, he has no solution. Roxane therefore urges him to take action.

Not far from there, Manon invites Valentin to have a drink at her place, which he accepts with pleasure before kissing her. At the Daunier’s, they then share a moment of intimacy.

A few moments later, Valentin is about to leave when Aurore arrives to return her phone to her daughter and notices that Nordine has left a message for her. Having felt a little discomfort between them, Nordine offers Manon to see her to discuss it.