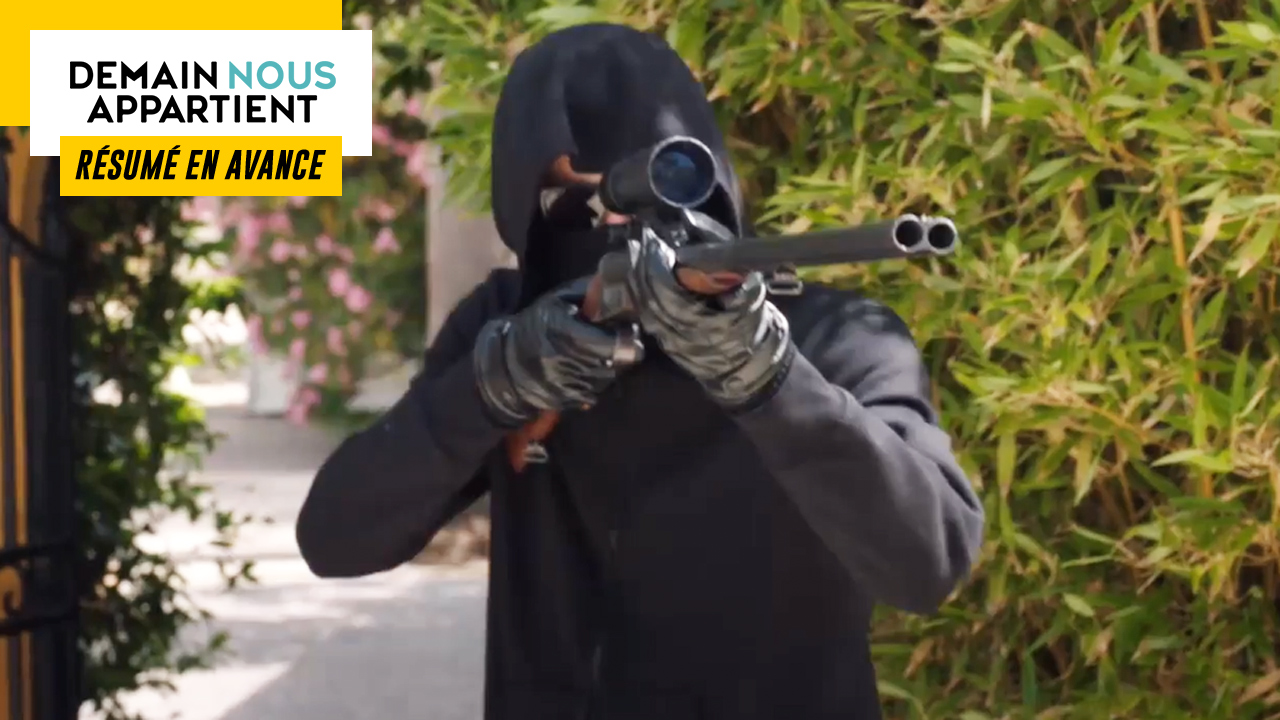 In the next episode of “Tomorrow belongs to us”… While Samuel is again targeted, Emma has a bad influence on Camille. At the same time, Nordine struggles to hide her jealousy.

Friday, July 29 in tomorrow belongs to us…

Anne-Marie, Victoire and Samuel are having breakfast on the terrace when an armed individual enters the residence and shoots in the direction of the doctor. Without waiting, the latter overturns the table to protect the members of his family. Hearing the shots from her home, Aurore grabs her gun and intervenes. After dropping his weapon, the individual fled.

Anne-Marie being in a state of shock, Samuel and Victoire immediately take her to the hospital. Although she is safe, Anne-Marie is still scared to death and blames her granddaughter for not believing her when she told her that someone was following her. Victoire then signals to him that they still do not know if there is a link between the person who followed her and the shootings. Despite everything, Anne-Marie is certain to be in danger but Victoire retorts that it is Samuel who has been targeted from the start.

The PTS was dispatched to the scene. According to the analyses, the shooter’s rifle is the same as that used in the shooting a few days earlier. Although she can’t be 100% sure, Captain Jacob thinks it’s a man. However, the police thought until now that Diane Ferry was hiding behind all these misfortunes.

Subsequently, Victoire goes to the interns room and cracks in front of Nicolas. Obviously, this story upsets her, but Anne-Marie’s state of health also worries her a lot. Nicolas then promises to do whatever it takes to make her feel good in the hospital.

At the same time, Benjamin tells Paul that someone opened fire at the Lazzari-Chardeaus. The team manager therefore understands why the police called him earlier in the day. For his part, Benjamin does not understand that the authorities are so relentless against him and hopes that he will soon be quiet. For his part, Samuel tries to get his father to talk about what happened ten years earlier, but without success.

At the end of the day, the scientific police of Montpellier managed to isolate a genetic profile from the DNA found on the rifle and Damien therefore launched the search software to find a match in their file. Shortly after, the results are formal. The DNA belongs to Diane Ferry.

EMMA HAS A BAD INFLUENCE ON CAMILLE

At the Spoon, Emma, ​​Camille and Dorian discuss the organization of the evening. Since all of their friends are on vacation and Jahia doesn’t want to run into Jordan, Dorian thinks it would be better to cancel. Emma has the idea of ​​inviting Camille’s followers. Although she does not seem at all enthusiastic about this idea, the young woman ends up accepting and therefore makes a private story to launch the invitations.

But Emma is still steeped in ideas. To make the evening more fun, she would like to buy some laughing gas much to the dismay of Dorian who knows how dangerous this product can be. Despite everything, Emma is determined to have fun and make Camille forget all her worries.

Later, Emma and Camille go to the hut to distribute leaflets for their pool party, which does not please Charlie at all, who tries to get them out of his establishment. When Emma is a bit provocative, Camille intervenes and apologizes to Charlie before leaving the place.

At the end of the afternoon, while the party is in full swing, Dorian is worried to see so many people at his girlfriend’s house and lets her know. Annoyed by her remarks, Camille joins her friends with the firm intention of having fun. Emma having managed to get some laughing gas, the Perraud girl is tempted.

Without hearing from Nordine for a few days, Manon imagines that he doesn’t care anymore. On the contrary, Charlie is certain that the young man will come to the hut to make sure that she does not go out with Valentin, the beach attendant.

For her part, Nordine takes advantage of meeting Aurore at the police station to hear from Manon. Upon learning that she may have met someone, the policeman struggles to hide his jealousy. A reaction that does not escape Roxane who understood that he fell for the Daunier girl.

Later, Manon sees Nordine at the straw hut and immediately asks Valentin to put sunscreen on her back. While Manon uses the beach attendant to get her attention, Nordine uses her job to spy on her. Indeed, he makes her believe that he came to meet the manager to find out if she was having pickpocketing problems like last year.

Thereafter, Nordine goes to Sophie’s office and kisses her passionately. And his fiery side is far from displeasing the lawyer. When she asks if he might be falling in love with her, Nordine immediately stops and puts some distance. Uncomfortable, he even ends up leaving.

Shortly after, Nordine heads to the seaside to eat a sandwich. Watching a couple kissing, he is nostalgic and rereads the messages he exchanged with Manon.