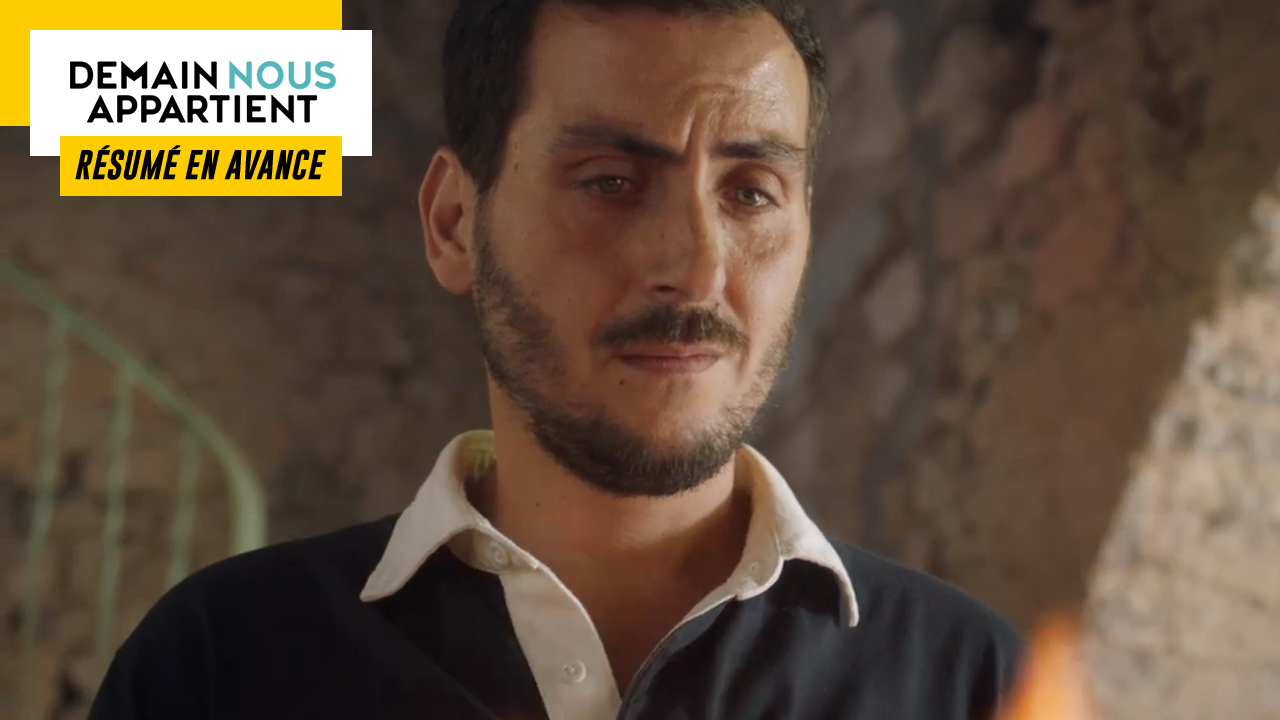 In the next episode of “Tomorrow belongs to us”… While Paul is hiding something, Emma is back in Sète for the holidays. At the same time, William’s attentions arouse Aurore’s suspicions.

Thursday, July 28 in tomorrow belongs to us…

PAUL IS HIDING SOMETHING

Commander Constant is continuing his investigation into the recent events at the stud farm. After discovering that Doctor Dumaze had made a transfer of 15,000 euros to Diane a few days before her disappearance, Martin goes to Saint-Clair hospital to ask her a few questions. Renaud confirms having given money to his friend then explains that Diane wanted to start a new life abroad. The doctor therefore agreed to help him financially without knowing more. Since then, he had never heard from her since. When Renaud tries to find out why he is asking her all these questions, Martin replies that he suspects Diane of having wanted to kill Samuel twice.

Without waiting, Renaud arrives at his son’s house and reproaches him for having spoken of Diane’s suicide attempt to the police. By justifying himself, Samuel indicates that he simply needs to understand what is happening. Only, Renaud has no desire to bring up old stories from the past, especially since it risks threatening the life of his son.

Meanwhile, Georges and Martin take stock of the investigation. Certain that Diane and Renaud had an affair, Commander Constant imagines that the doctor paid his mistress to make her disappear. According to him, Renaud would have used his authority over her to achieve his ends. By understanding that she would not touch the inheritance, Diane would then have sought revenge and it would therefore be a question of revenge by filiation.

At stud, Samuel apologizes to Paul for his behavior the day before, but he doesn’t hold it against him. With everything going on, Paul says he probably would have reacted the same way instead. The two men then agree to stick together.

For her part, Marianne confides in Chloé that she finds Renaud quite nervous at the moment. And that’s not all since Doctor Delcourt also suspects him of hiding something from her. A situation that pains Marianne who has the impression of not knowing her husband that well. For her part, Chloe is certain that her stepfather will eventually talk to her.

At the same time, Anne-Marie returns home to her panicked granddaughter because she is certain that she has been followed. Only, Victoire finds her confused for a few days and asks her to rest. Unfortunately, Anne-Marie takes it badly.

At the end of the day, Paul helps Georges and Martin search through the stud farm’s archives. When he understands that the police are investigating Diane, the stable manager declares that he has never seen her since she left before he arrived. Moreover, he would like to know why the former protege of Solange is suspected by the police. When Commandant Constant says he believes she was the one who tried to kill Samuel, Paul becomes livid. Once alone, he throws notebooks, clothes, but also Diane’s identity card into the fire.

EMMA IS BACK IN SÈTE FOR THE HOLIDAYS

Raphaëlle being in Paris and Maud in Toulouse, Dorian has planned to spend a few days with Camille. If the teenager hoped to be able to spend a romantic vacation, Camille tells him that they will not be only the two of them. Indeed, Emma is back in Sète for the holidays.

After thanking her friend for welcoming her, Emma explains that she is no longer with Colin and that she intends to have fun. According to her, it’s going to be a crazy summer. Words that do not seem to enchant Dorian.

Later, they are enjoying the swimming pool. The opportunity for Emma to discuss the subject Stanislas. While Camille does not really want to talk about it, Emma says that she does not understand how she manages to continue living in this house. Annoyed, the Perraud girl abruptly ends the conversation. Immediately, Emma therefore apologizes to him.

Afterwards, Emma goes to St. Clair Hospital to meet Benjamin. Happy to see him again, she tells him that she finally sent in her emancipation application and that she can’t wait to be rid of her parents. Benjamin advising him to take the time to discuss with the guardianship judge, Emma retorts that she is sure of her decision. Worried for her, the doctor reminds her that he is there for her if she needs anything.

At the end of the day, Dorian offers to order pizzas and watch a movie. However, Emma doesn’t find it fun enough and offers to party instead. Since she has no money, she manages to convince Camille to organize a little party by the pool without asking her mother’s permission.

William redoubles his efforts to rekindle the flame in his marriage. After a romantic dinner, the doctor has a bouquet of roses delivered to his wife at the police station. While her colleagues try to find out if her husband has something to be forgiven, Aurore assures us that not before reminding them that she can receive flowers from the man she loves without necessarily thinking that he has been unfaithful. .

Despite everything, Aurore asks herself questions. That’s why she waits to have lunch at the Spoon with William to ask him if he’s cheating on her. Deeply hurt by such accusations, William comes to regret that he can no longer make the slightest romantic gesture without arousing suspicion.

In the evening, the atmosphere is electric at the Daunier, which did not escape Manon who prefers to dine in her room. Understanding that they are becoming an old couple, Aurore and William end up reconciling. After they have shared a moment of intimacy, Aurore offers her husband to go away for the weekend in Collioure but the latter fell asleep before he could answer her.