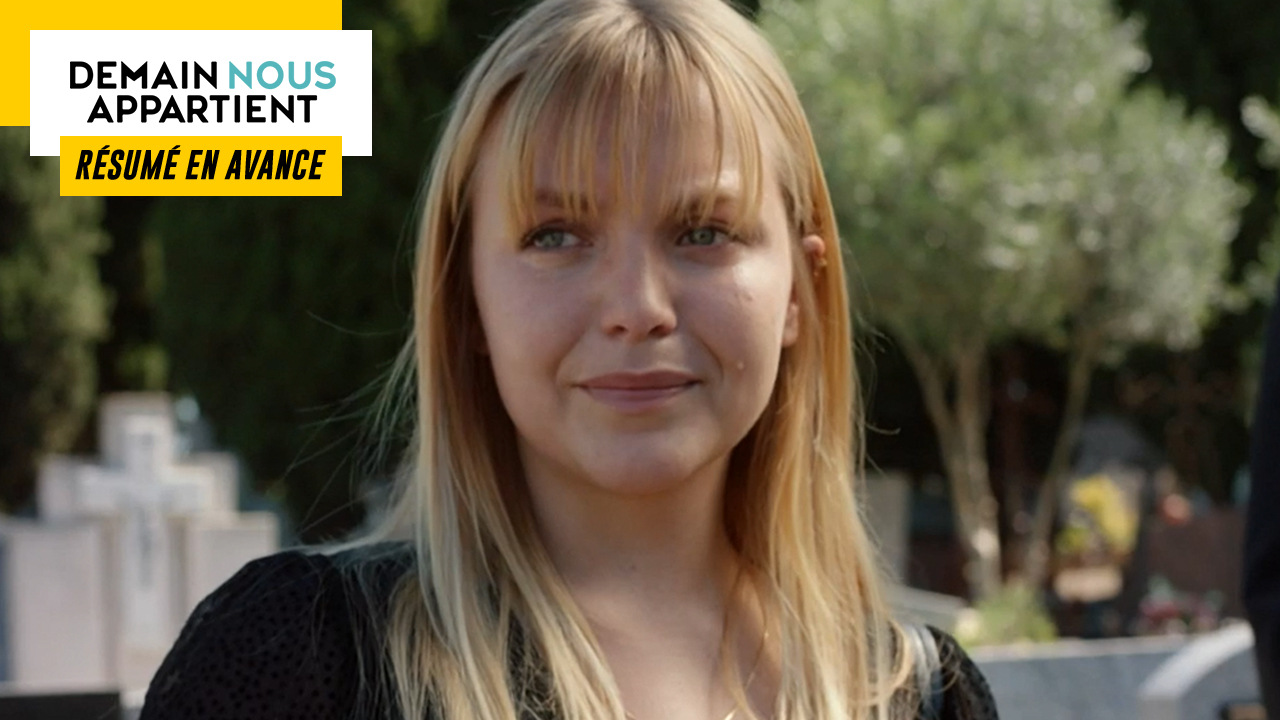 In the next episode of “Tomorrow belongs to us”… While the Delcourts bid farewell to Noa, Samuel has made his decision. At the same time, the Dauniers are carrying out the investigation.

Friday, July 15 in tomorrow belongs to us…

THE DELCOURTS SAY GOODBYE TO NOA

Given the numerous elements against him, the prosecutor ordered the provisional detention of Bart with immediate effect. A blow for Karim and Sara who remain convinced of his innocence. Martin then gives them two hours to re-examine him. Without a solid alibi by then, he will go on preventive duty.

For his part, Robin is on the phone with his son and promises to find a solution as soon as possible to pay his school fees. At the same time, Robin receives a double call and informs his interlocutor that Justin is unscrewing. If they don’t keep it, they’ll be in trouble. This mysterious person then makes him understand that it is his problem and urges him to solve it quickly.

Meanwhile, Sara pushes Bart to talk to her. Seeing that he’s given up, she shows him a picture of their first ultrasound to show him what he’s giving up. Moved, the young man explains that he went to visit his mother in the hospital a few days earlier. As she was having a seizure, the doctors wouldn’t let him in and don’t want him to see her anymore. Bart, who got up against everyone, then started drinking more than necessary before thinking about Alex and then went to the farmhouse to tell him his four truths. Only Bart no longer remembers what happened. Shortly after, two policemen take him away.

For his part, Jordan wonders if he should attend Noa’s funeral given the dispute between them. According to Audrey, he must go there because it is important to support the people we love.

Later, the Delcourts are gathered at the cemetery to pay their last respects to Noa. After she has spoken, Judith delivers a moving speech: “I’m sad to be here. Sad and angry. Noa should never have died. Life has never been easy for him. He overcame many hardships and was a very brave boy. Deep down, he deserved to be happy. That’s all he asked for, for things to get better. I miss him so much. I feel like my heart was ripped out.“.

At the end of his niece’s speech, Robin sees Justin in the assembly and discreetly summons him to leave the place. Only, this one refuses because he had known Noa for a long time. As tempers flare, Alex steps in and begs them to behave themselves.

At the end of the funeral, Robin waits for Justin in front of his house then makes him understand that there is no point in whining now that the damage is done. When Robin points out that they’re playing big, Justin replies that he just needed to be at his friend’s funeral. Angry, Robin drags him brutally inside his house.

Subsequently, Robin goes to the hospital for his session with Bénédicte. While manipulating his upper body, William’s sister notices a bruise on his shoulder. To justify it, Robin pretends that he fell to the mas.

A few hours later, Justin is sitting by the sea. Eyes closed and his t-shirt stained with blood, is the young man dead?

SAMUEL HAS MADE HIS DECISION

Even though he loves this place, Samuel has made the decision to sell the stud farm and therefore seeks Paul’s help to have all the cards in hand before starting the process. Paul being the most legitimate person to take over the stud, Samuel would like to know if this is something that could interest him. If the latter prefers to take care only of animals, he also has neither the money nor the desire to embark on such a project.

Back home, Samuel announces to Victoire, Anne-Marie and Benjamin that he has finally decided to keep the stud farm. Although she’s surprised, Victoire thinks it’s going to be a great adventure. For her part, Anne-Marie is sure that he will not regret it before going to get some champagne to celebrate the news.

THE DAUNIER LEAD THE INVESTIGATION

Aurore and William have breakfast at the Spoon. Worried for their daughter, they decided to carry out their little investigation on Romain. Captain Jacob has learned that he held up to checks in prison and that he even passed a CAP as a cook. While William thinks his stay behind bars has given him the ideas in place, his wife still believes that he is a manipulator and intends to verify if this inheritance story is true.

For her part, Sofia is doing research for the future menu of her restaurant. Finding the proposals of the hut rather nice, she sends the photo of the menu to Romain, which does not please Charlie at all, who is still convinced that his rival will open an establishment right next to his.

Later, Sofia and Romain taste two salads at the straw hut while the Molina girl keeps watching them. Remembering that Romain was the one who kicked the Dauniers out of their home, Charlie says she didn’t know she was so desperate.

At the end of the day, Sofia and Romain get into the kitchen and test new recipes for their restaurant. While setting the table, Romain realizes that Aurore and William will probably never come to visit them in Spain. Even if he can understand that they are terribly angry with him for what he did to them, Romain is saddened that they do not believe him sincere with Sofia. For Samuel, it shows that he makes his daughter happy and Aurore and William won’t be able to deny it for long.