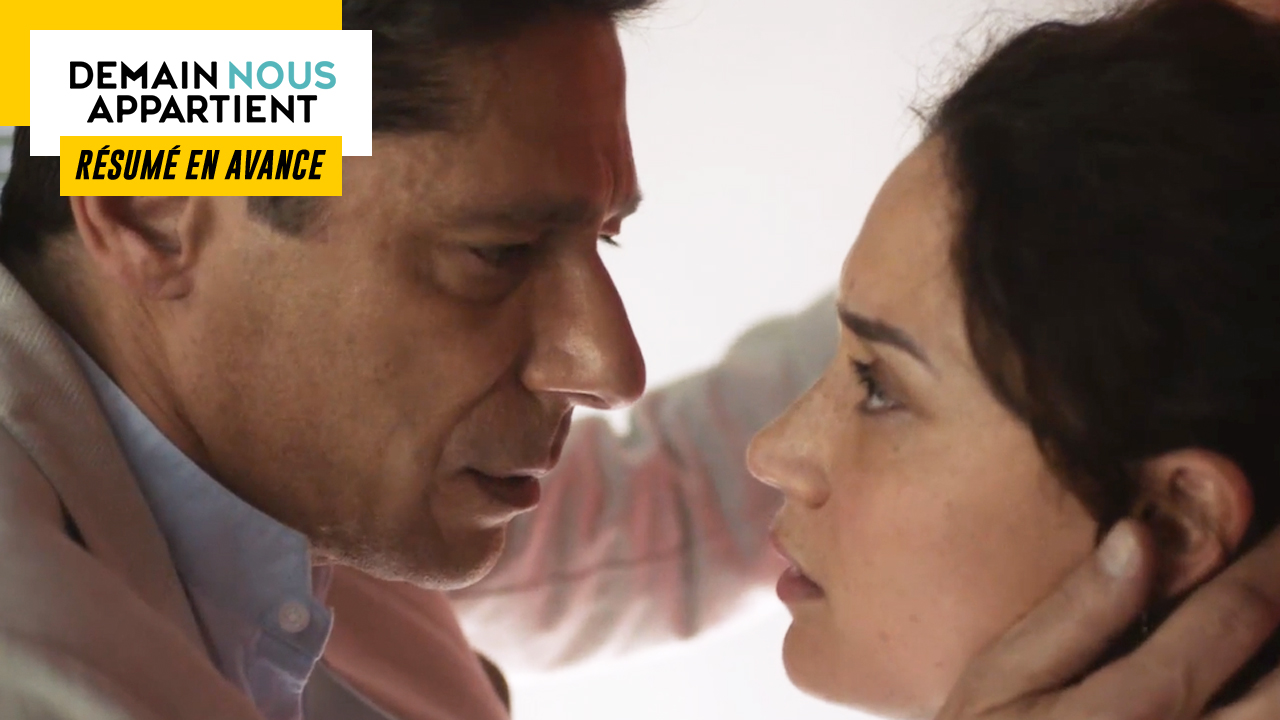 In the next episode of “Tomorrow belongs to us”… While Robin is cleared, Anne-Marie arrives in Sète. At the same time, Sofia and Romain want to open a straw hut.

Monday, July 11 in tomorrow belongs to us…

At the Spoon, Aurore pushes her sister-in-law to speak to the police, specifying that she is Robin’s only alibi. Although she is perfectly aware that she is the only one who can get him out of there, Bénédicte is ashamed and refuses to let her husband and her brother learn of her infidelity. After promising him to keep it a secret, Captain Jacob confides that she did not imagine him with a lover at all. Even if she is still in love with Étienne, Bénédicte replies that her couple has become a plan plan since they settled in Sète. However, Bénédicte has always felt beautiful, exceptional and alive thanks to her husband’s gaze. But after a year on land, this is no longer the case. When Robin looked at her like Étienne had done in the past, she couldn’t resist. However, William’s sister specifies that this is the first time that she has cheated on her husband.

On the advice of her sister-in-law, Bénédicte goes to the police station and tells Commander Constant that she was with Robin during the various sabotages. The police officer then promises that his testimony will remain limited to the investigation. Shortly after, Robin is released.

A few hours later, Justin arrives at the police station. Annoyed at having to clock in every day, he asks Georges where the investigation is going. Once he has asked him to lower his voice, the policeman tells him that he might as well wait in preventive. Leaving the station, Justin receives a call and certifies to his interlocutor that the police have nothing against him before asking him to take action quickly. And to add that he wants them to end quickly.

Meanwhile, Étienne joins his wife in the hospital and tries to convince her to go on vacation for a few days. Unfortunately, she doesn’t really have time to respond since Robin interrupts them and asks to speak to her in private. Uncomfortable, Bénédicte joins him in the treatment room then apologizes to him for having put him in this situation. After she thanks him for protecting her, Robin in turn shows gratitude for the risks she took. He then tells her that she is beautiful and kisses her.

Not far from there, Martin and his teams take stock of the investigation and imagine that the motive of the saboteur would be professional. Commander Constant therefore instructs Damien to take an interest in people who intended to buy the farmhouse.

For his part, Robin goes to see Alex at the farmhouse. When the latter questions him to find out why he was released, Robin replies that he was with the woman he loves at the time of the sabotage and that she came to testify. Despite this, Alex blames her for lying to them all along. As the tone rises, Chloe points out that the real culprit is still at large and then apologizes to her brother-in-law for doubting him. Understanding, Robin does not hold it against him. In turn, Alex caresses his brother’s cheek to show him that everything is fine between them.

Subsequently, Victor Brunet arrives at the farmhouse and offers Alex to buy his business from him.

Victoire can’t help but find Renaud strange when they discussed Diane, Solange’s protege. For his part, Samuel thinks rather that his father did not feel concerned by the conversation. Even if he was not close to his sister, her death inevitably affected him. On the other hand, Dr. Chardeau is still disturbed by his aunt’s last words: “pay attention to Diane”. According to him, it was not trivial. As they walk through the corridors of the hospital, they come across Anne-Marie, mad with worry.

This morning she received a phone call from someone telling her that her granddaughter was in danger. Worried, she tried to reach her before taking the road to Sète. If this story is very strange, Anne-Marie is however reassured to see that Victoire is well.

Later, Victoire, Samuel and Anne-Marie have lunch at the Spoon. Coming directly from Bordeaux by car, Anne-Marie is tired and has no intention of returning this evening. That’s why she asks her granddaughter to put her up for him for the night. Samuel accepts immediately but Victoire indicates that they already have guests. The house being big enough for everyone, the doctor assures Anne-Marie that she is welcome. Touched, she takes advantage of Samuel leaving to pay the bill to tell Victoire how gallant and charming Samuel seems to her. She even thinks that she has won the change since her breakup with Georges.

At the end of the day, Samuel returns home after attending his aunt’s funeral. Faced with his sad face, Anne-Marie thinks he needs a good pick-me-up and urges his granddaughter to serve him something to drink. As Victoire glares at her, Anne-Marie decides to take care of it.

SOFIA AND ROMAIN WANT TO OPEN A PAILLOTTE

Sofia and Romain didn’t sleep well. The young woman is also always up against her parents because of the welcome they gave to Romain and also regrets not having managed to talk to them about their project. Although he is in a hurry to start their new life, Romain does not want to rush things for fear of ruining everything.

For their part, Aurore and William understood that their daughter intended to go abroad. Fearing that she will cut ties with them, they then choose to keep a low profile so as not to rob her. At the same time, Sofia and Romain join them then announce that they are going to settle in Spain

Indeed, they decided to take over a restaurant in Tamario. Although they don’t know much about the hotel industry, Romain and Sofia have nevertheless imagined their project down to the smallest detail. When Aurore questions them to find out how they are going to finance all this, Sofia replies that she has saved money thanks to her photos and that Romain has received a small inheritance. The bank therefore agreed to follow them. Aware that this is a lot of information for them to digest, Sofia thanks her parents for having listened to them and is certain that they will soon be on their side.

Afterwards, Sofia and Romain join Manon at the straw hut. Convinced that the situation will eventually work out with their parents, the latter advises her sister to give them some time to digest the news. Moreover, insofar as their restaurant will resemble the straw hut, Manon urges her sister to ask Charlie for some advice.

Charlie is trying to cheer up Nathan who didn’t pass his baccalaureate when Sofia arrives. And as much to say that the rivalry between the two young women is still relevant. Even more now that Sofia intends to open a straw hut.