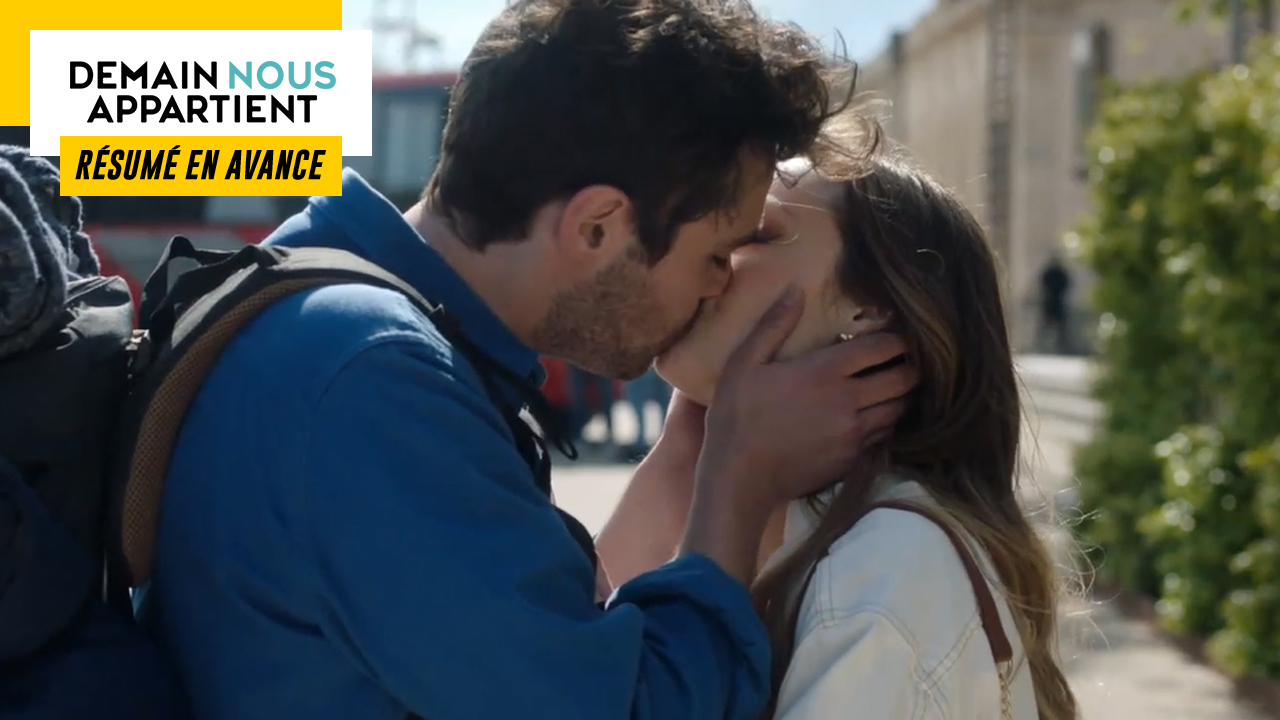 In the next episode of “Tomorrow belongs to us”… While Bénédicte makes a sensational revelation, Romain Maréchal is back in Sète. At the same time, Samuel inherits a stud farm.

Friday, July 8 in tomorrow belongs to us…

Robin was taken into custody. For his part, Commander Constant questions Alex and Chloé in order to see with them certain points of the Bellanger son’s agenda. If the latter was at the cinema the day the oyster farm was sabotaged, he also slept out the evening of Judith’s accident. Chloé then evokes the famous phone call from her brother-in-law as well as the comments he made to his interlocutor.

Judith is released from the hospital. Back at the farmhouse, she tells Jordan that her uncle is in custody. When he returned to France, she was happy that her father could find her brother and imagined that they could get by as a united family. Touched by what is happening, the Delcourt daughter regrets that her uncle wants to hurt his family. Not really knowing what to say, Jordan hugs her to comfort her.

At the police station, Robin is questioned by the police and claims to have no interest in sinking the mas. Additionally, he claims he was at the movies the night the oyster farm cables were severed. Moreover, Robin indicates that he could never have cut cables with his shoulder capsulitis. As for his niece’s accident, he specifies that he took a hotel room in town to find some privacy. As Martin discovered he was on the phone with the switchboard at St. Clair’s Hospital when Chloe overheard his conversation, Robin pretends he made so many calls that night that he doesn’t care. remember more.

Meanwhile, Bénédicte is taking care of Karim in the hospital when he receives a call from Georges who tells him that Robin is in custody and that they intend to question him again in the afternoon. to get him to confess. A conversation that seems to disturb Bénédicte.

Not far from there, Alex still can’t understand how his brother can be so angry with him. Feeling vague, the oyster farmer realizes that he is losing everything. If he blames himself for having borrowed money from his wife, Chloé does not regret for a single second having given his project a chance. To save the family business, the Delcourts must now find new customers. Fortunately, Noa took the lead in having one of her former clients taste the Delcourt oysters, who has several stalls in the region’s markets. As he liked it, the young man thinks that by negotiating the prices, he will come to stock up on them. Judith then thanked him warmly and said she was happy to have him by her side. For her part, Noa swears that he will never let her down, or her family for that matter.

At the same time, Robin is once again questioned. Even if the hotel records confirm that he spent the night on site the day the pontoon of the farmhouse was sabotaged, the establishment is unfortunately equipped with an automatic reception without a receptionist. Check-in and check-out being done at a terminal, Robin could very well have checked in at 7:30 p.m. and then left the hotel to sabotage the farmhouse before returning to his room without anyone seeing him. This is called making up a false alibi. Robin swears he didn’t leave his hotel room, but no one can confirm it.

At the hospital, Étienne is waiting for his wife after work to talk to her about an idea he had for their couple. It must be said that since their son failed his baccalaureate, they are going through a crisis. Étienne therefore invites her to leave for a little romantic weekend, which she accepts. When he offers to go have a drink to discuss it, Bénédicte declines, claiming to have a colleague’s farewell drink.

In reality, Bénédicte makes an appointment with her sister-in-law at the Spoon. Without waiting, she informs Aurore that her colleagues are on the wrong track about the Delcourt affair and certifies that Robin is innocent. She is all the more convinced of this because she spent the night with Alex’s brother on the evenings of the last two sabotages.

ROMAIN MARÉCHAL IS BACK IN SÈTE

Sofia is late and doesn’t have time to have breakfast with her family. After quickly swallowing a cup of coffee, she goes to meet her friends for brunch. Convinced that their daughter is hiding something from them, Aurore imagines that Hadrien has returned but Manon guarantees that their story is definitely over. Despite everything, the policewoman does not budge and knows that a boy is hiding behind all this. Aurore and William therefore try to extract information from Manon but she refuses to betray her sister’s secret.

Indeed, Sofia lied to her family since it is not friends she is going to see in town but Romain Maréchal who arrives straight from London. The latter had squatted the Daunier’s apartment before taking a walk through the prison hut. Happy to see him again, Sofia jumps into his arms and kisses him passionately. Although he is also happy, Romain cannot help but feel uneasy at the idea of ​​being back in Sète. It must be said that it reminds him of a dark period of his life when he hurt everyone and especially Sofia. However, the young woman replies that he is no longer the same person before specifying that he is now free. Romain then said he was in a hurry to start their new life in Spain.

Afterwards, they find Samuel at the Spoon for lunch. Sofia explains to her father that she reconnected with Romain after his breakup with Hadrian. Falling back in love with each other, Romain joined Sofia in London after being released from prison. William and Aurore not being aware yet, Sofia asks Samuel to host her boyfriend while they get used to this idea. Unfortunately, Samuel does not want to welcome the person who put the lives of his daughter and her friends in danger. Before leaving, Romain apologizes to Samuel, who ends up changing his mind.

In the evening, the Daunier family have an aperitif by the swimming pool and Sofia seizes this opportunity to introduce her parents to the man she is madly in love with. Unsurprisingly, Aurore and William do not take the news with joy. As Romain prepares to leave, Sofia begs him to stay and then explains to his parents that he has changed. In turn, Romain affirms that he is no longer the same but the Dauniers do not believe it. According to them, it is not his little spiel of a repentant convict who will soften them. When Romain replies that he hopes that one day they will be able to forgive him, Aurore gets carried away and says that they will never be able to forget all the harm he has done to their family. When the tone rises, Sofia, who regrets seeing them rob each other like this, informs them that they will spend the night at Samuel’s.

SAMUEL INHERITS FROM A STUD FARM

Affected by the death of his aunt, Samuel is nostalgic for the times spent with her. This is why he shows Victoire photos of his childhood and more particularly of the stud farm where he spent all his holidays. Although he was close to Solange, he has only seen his aunt twice since he moved to Sète. He therefore comes to regret having allowed a distance to settle after the argument between her and her father. Indeed, Renaud and Solange fell out on the death of their father who had bequeathed the stud farm to his daughter. A decision that Dr. Dumaze took very badly.

At the hospital, Victoire presents her condolences to Renaud. Although the death of his sister is a real shock for him, Doctor Dumaze nevertheless indicates that he was not close to her. When she offers to help him with the funeral, he receives a call from the notary who asks to see him with his son as soon as possible.

On site, the notary reads the will. Renaud inherited the two Parisian studios from his sister and Samuel from the family stud farm. While the latter immediately thinks of an error, the notary affirms the opposite then adds that Solange had drawn up her will ten years earlier. Renaud then said he was delighted that his father’s stud farm returned to his son.

At the end of the day, Victoire, Samuel, Renaud and Marianne have an aperitif and Samuel explains that he doesn’t know what to do with the stud farm. If he doesn’t want to part with this place he loves so much, he doesn’t want to manage it either. While looking at photos, Marianne comes across a portrait of Diane, Solange’s protege. Samuel says he was very good friends with her when she worked at stud but that she left overnight about ten years ago. When Samuel wonders about the reasons that pushed his aunt to talk about her before taking her last breath, Renaud replies that he doesn’t want to dwell on the past.