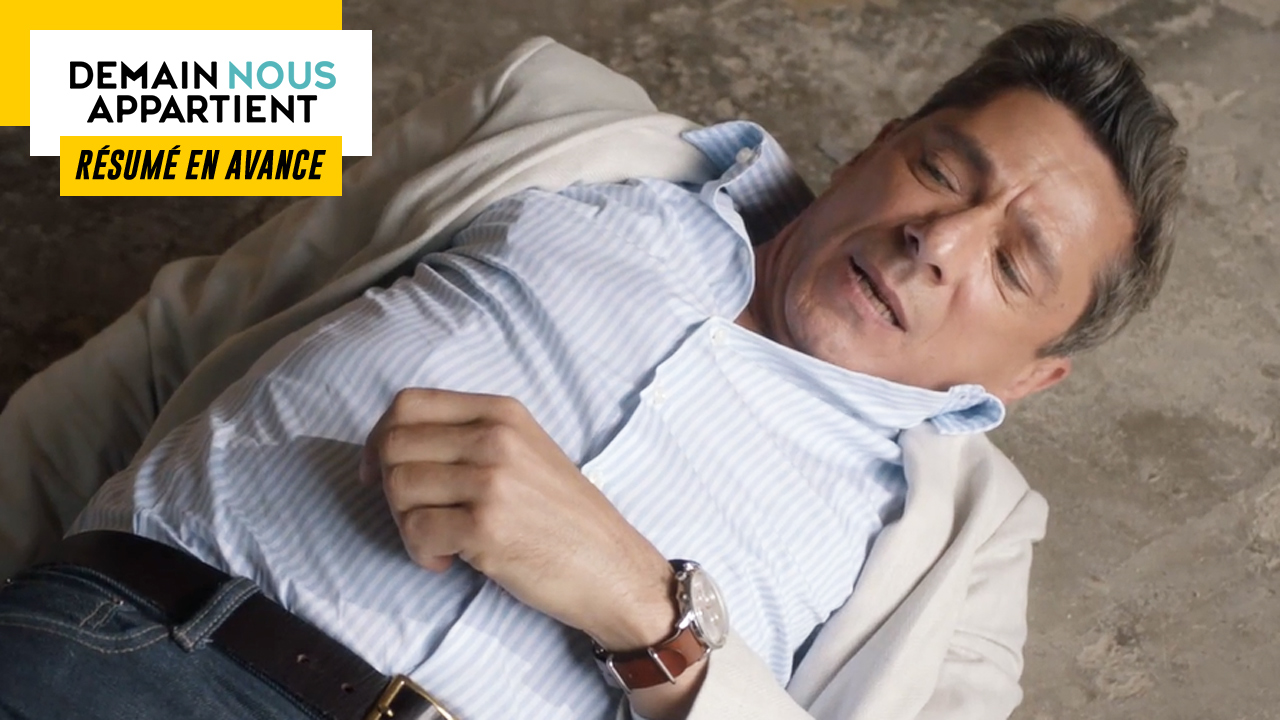 In the next episode of “Tomorrow belongs to us”… While the police arrest Robin, Renaud loses a loved one. At the same time, Manon is on a little cloud.

Thursday, July 7 in tomorrow belongs to us…

At the Delcourts, Chloé reports to Alex the conversation that she overheard between Robin and his interlocutor and during which he said that he had gone too far. If the oyster farmer thinks that his brother has personal concerns that he does not necessarily want to talk about, Chloé believes on the contrary that he is still jealous of her husband. She even goes so far as to imagine that her brother-in-law regrets having sold her the shares in the farmhouse. Only, Alex doesn’t imagine Robin capable of such a thing, especially since he hasn’t had any money problems since his business is booming in England. Besides, he unearthed a big potential client who could help them get back on track.

Meanwhile, the police are continuing their investigation and Damien has found blood on one of the pontoon’s sabotaged slats. And the results are clear: it’s the blood of Robin Bellanger. Commander Constant therefore instructs Georges to dig this track.

For their part, Jordan and Jahia drink a coffee at the straw hut but the teenager does not really listen to what his girlfriend tells him since he is far too busy sending messages to Judith. Upon learning the identity of her interlocutor, Jahia struggles to hide her jealousy. However, Jordan assures that they do not happen between them and that they are simply friends. Only, Jahia can’t help noticing that since he’s been working at the farmhouse, they don’t see each other much anymore. Jordan then promises to catch up and then swears to spend a romantic evening with her as soon as they have the results of the French baccalaureate.

Before going to work, Jordan arrives at the hospital with a bouquet of flowers for Judith. If he finds that she looks better than the day before, this is not the case for the young woman who believes she has the head of a zombie. To prove him wrong, Jordan takes a selfie. He may say that she is hot in the photo, Judith finds herself filthy and begs him to delete her. The latter then asks her to take care of her before going to the farmhouse.

At the same time, Robin behaves more and more strangely and has stood Alex up when they had an appointment with the fishmonger. In reality, Robin walks through the streets of the city and explains to his interlocutor on the phone that no one suspects anything.

At the mas, Robin later attracts the wrath of his brother. He apologizes to her, specifying that he has urgent things to manage for his work, but Alex criticizes him for doing everything to put him out of business. Seeing that his brother has something on his heart, he urges him to tell him what is wrong. In complete transparency, Alex tells him about his wife’s suspicions. To defend himself, Robin explains that he was on the phone with his associate and that he was talking about a competitor who had stolen gold contracts from him. Alex is then confused in excuses specifying to be under pressure at the moment.

At the police station, Georges did some research on Robin and discovered that his import-export company had gone bankrupt two months earlier due to new customs regulations in the United Kingdom. Over-indebted, he would have returned to France to escape collection agencies. As Robin has a heavy history with Alex, the policeman imagines that his unhealthy jealousy has resurfaced. Thus, sinking his brother’s new business would have become an obsession for Robin.

Subsequently, Georges and Martin go to the farmhouse and tell Alex that Robin not only went bankrupt but that his blood was also found on the sabotaged pontoon. The two policemen are therefore here to arrest him. When Robin arrives, Alex loses his temper. After tackling him to the ground, Alex threatens to kill him but Martin intervenes to subdue him.

RENAUD LOST A LOVED BEING

A woman in her 60s was rushed to hospital in critical condition. Unfortunately, Marianne could not save her.

Touched by the loss of her patient, she later confides in Renaud. By consulting the file, the latter falls on the photocopy of the vital card of the sexagenarian and realizes with horror that it is none other than his sister Solange.

Pained, Renaud goes to the morgue then confides to his wife that he has not seen Solange for ten years because they had cut ties. After having collected a few minutes, Renaud goes to see his son and announces the sad news to him. Samuel was very fond of his aunt and had kept in touch with her despite the differences between him and his father. Imagining his father’s sadness, Samuel says he is there for him.

On leaving the hospital, Marianne told Renaud of her sister’s last words, who repeated several times: “pay attention to Diane”. Renaud then explains that Diane was Solange’s employee at the stud farm. Inevitably, they find it strange that Solange thought of her at the time of her death.

MANON IS ON A LITTLE CLOUD

Manon is on cloud nine. It is therefore with a smile on her face that she tells Sofia about the afternoon she spent with Nordine. For Sofia, their relationship is ambiguous and Nordine is attracted to her without daring to admit it.

Manon then joins Timothée and Elsa at the straw hut. Despite the crushing heat, the Daunier daughter does not take off Nordine’s sweater because she likes to smell her scent on her.

Later, Nordine arrives at the straw hut to help Manon revise. When she offers him to go swimming, he declines but keeps looking at her when she puts on a bathing suit.

At the end of the day, Nordine and Sophie are having dinner at the Spoon when the policeman receives a photo of Manon wearing her sweater. Noticing his smile, Sophie wonders if Manon might have a slight crush on him. Nordine then certifies that it is not and even goes so far as to say that it is a kid.