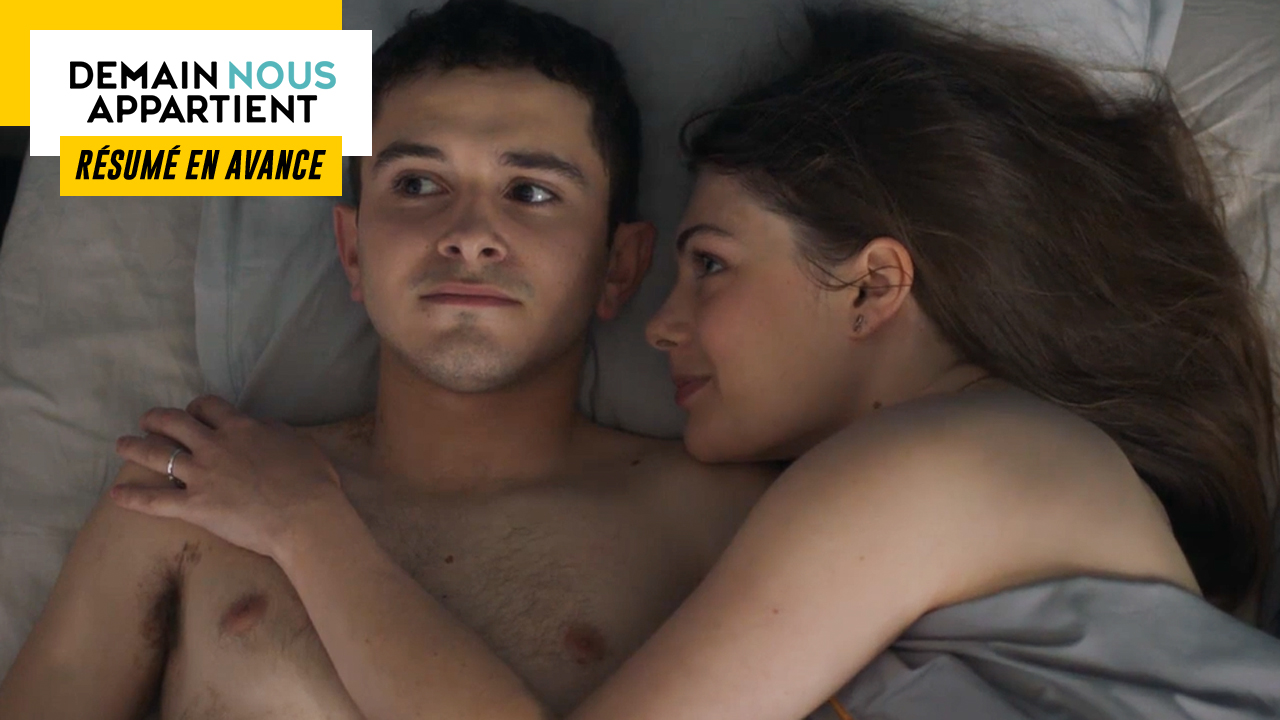 In the next episode of “Tomorrow belongs to us”… While Karim’s state of health worsens, Timothée wants to hire a prostitute. Charlie flies to Nathan’s rescue.

Monday, July 4 in tomorrow belongs to us…

Noa was taken into custody for complicity in an attack, poisoning and theft. During his hearing, the young man claims to know Justin but specifies however that it is only a simple working acquaintance. When Martin talks about the message he sent her, Noa explains that she simply wrote under the influence of emotion since he had just broken up with Judith.

However, Noa received another incriminating message from Justin. In it, we can read: I told you. You are no longer with their daughter. They’ll make you drool until you crack. I won’t give them a gift “. If Noa swears he didn’t do anything, he’s also certain that Justin is innocent. However, Commander Constant advises him to change his line of defense because Justin has recognized Alex’s attack and the theft of the farmhouse cash register.

In turn, Judith is questioned by Martin and says she is convinced that her ex-boyfriend would never attack the mas or his family. She adds that since her return from England, they have had a lot of trouble and that Noa has never really recovered from the death of her grandfather. Although angry at having been forced to sell the family farmhouse, the Delcourt daughter does not believe for a single second that he could harm them. Only, Martin remains convinced that Noa and Justin are accomplices.

Martin then meets with prosecutor Perraud to keep him informed of the progress of the investigation. Faced with the policeman’s arguments, Sébastien decides to extend Noa and Justin’s custody in order to allow the police to dig the trail of complicity.

Meanwhile, Judith feels guilty for testifying against Noa and feels like she betrayed her. Chloé then advises him to let Martin do his job, certain that the young man will soon be released.

For his part, Robin has an appointment with Bénédicte at the hospital for a new session. If he is happy at the idea of ​​spending time with her, he quickly loses his smile when she announces that her colleague will replace her. Without waiting, Alex’s brother apologizes to him for what happened the last time and then swears that he will behave well. Coldly, Bénédicte reminds her that she is a married woman before resuming her occupations.

At the same time, Karim is on his feet again and is delighted to be able to leave the hospital soon. However, as he walks with Anna through the halls of the establishment, he stops abruptly because he is struggling to breathe. Panicked, Anna asks him to sit down while she goes to get a doctor, but he collapses violently on the ground the next second.

Karim had a pulmonary embolism but was fortunately taken care of in time. His condition is now stable but the doctors must however ensure that his blood does not produce new clots. However, this looks tricky. Indeed, Karim has just undergone vascular surgery and if the treatment thins his blood too much, there could be bleeding complications. Doctors will therefore have to remain vigilant.

At nightfall, a mysterious individual rides a boat on Alex’s oyster farm and releases many oyster fillets.

TIMOTHÉE WANTS TO CALL ON A PROSTITUTE

At the Brunet’s, Timothée asks his father to give him some money to pay for the services of a prostitute and thus train before making love again with Elsa. Victor, who categorically excludes him, advises him to have a heart-to-heart talk with his girlfriend instead.

Shortly after, Timothée joins Elsa at the Spoon and informs her of his intention to go to a prostitute. Obviously, the young woman reacted badly. When her boyfriend then says that he does not take pleasure in making love with her, Elsa retorts that she hates him before leaving the place furious.

Lost, Timothée goes to see Anna to tell her what happened. The psychologist then tries to make him understand that it is not by talking about sexuality with a stranger that he will succeed in letting go with Elsa. It is only by speaking with her that he will become aware of her feelings and her desires.

On the advice of his psychologist, Timothée therefore makes an appointment with Elsa to talk to her. After putting things straight, they decide to make love again. Timothée did not manage to let go but was on the other hand much more relaxed to such an extent that he says he is ready to continue trying with her as long as necessary.

CHARLIE FLIES TO THE RESCUE OF NATHAN

At the straw hut, a customer observes Nathan attentively. And for good reason, he stole his watch last summer! Although Nathan immediately denies the facts, she decides to file a complaint. Fortunately, Charlie intervenes and defends his friend’s cause by playing the difficult childhood card. Touched by what she hears, the client agrees to wipe out this childhood mistake. As a thank you, Charlie gives her the bill for the day.