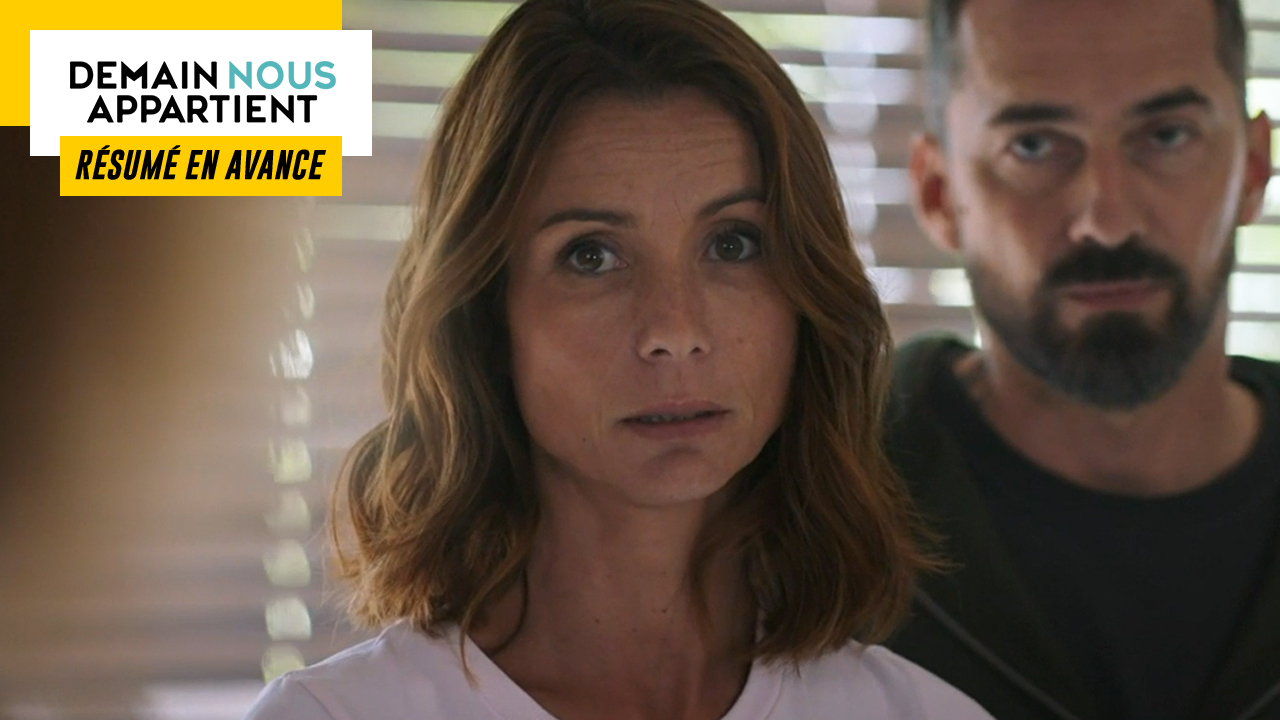 In the next episode of “Tomorrow belongs to us”… While the police make a discovery that changes everything, Timothée confides in his father. Alex hires Jordan at the mas.

Friday, June 24 in tomorrow belongs to us…

POLICE MAKE A DISCOVERY THAT CHANGES EVERYTHING

Raphaëlle was taken into custody. Given the many gray areas in his testimony, Commander Constant and his teams went to the Perrauds to carry out a reconstruction. On the spot, Raphaëlle and Chloé tell their version of the facts. According to them, Stanislas pushed Camille violently on the bookcase. Afraid that he would hit her, the lawyer immediately jumped on him to protect her. Stanislas then grabbed her by the neck before strangling her.

Fortunately, Raphaëlle managed to get out of her grip. When Chloe came back from the kitchen with a knife, she took it from his hands and then threatened her companion with it to show him that she was not afraid of him. She then moved towards him but Stanislas advanced at the same time. The blade then sank without her realizing it. It was then that Stanislas would have pushed Camille on the table before fleeing.

For his part, Karim tells Alex that Raphaëlle has denounced herself for the murder of Stanislas Beaumont. Although she is exonerated, Chloe unfortunately gave false testimony and should be prosecuted for obstruction of justice. Moreover, if self-defense is not retained, it will be considered as an accomplice to murder.

Later, Sébastien visits his daughter in her cell. After telling her of his regrets for not having been able to protect her, he swears to do everything to get her out of there. Besides, Sébastien is not really worried about what will happen next since it is a case of self-defense.

At the same time, Commander Constant goes to Camille’s bedside to hear his version of the facts. With tears in her eyes, the teenager confirms that her mother stabbed Stanislas.

Only, Martin wonders about his injuries. If Stanislas pushed her back on the coffee table by surprise, Camille shouldn’t have hurt her hand. For him, she injured herself with a knife blade while stabbing Beaumont. A theory that would explain why Chloé and Raphaëlle covered it up.

Commander Constant therefore asks Damien to re-examine Camille’s wounds. The latter has a main wound on the right palm between the thumb and index finger as well as three small wounds on the tip of the index, middle and ring fingers. Clean, even cuts made with a knife blade. According to the policeman, Camille Meffre stabbed Stanislas Beaumont!

TIMOTHÉE CONFIDES IN HIS FATHER

Although he has not kept a very good memory of his first attempt with Noor, Timothée invites Elsa to his home to make love with her. But when his girlfriend arrives at his house, he prefers to study for his entrance exam rather than spending time with her. Taking it badly, Elsa decides to go home.

At the end of the day, Timothée confides in his father about his fears of making love with a girl. Knowing that a few years ago his son couldn’t hold hands, Victor feels he has made a lot of progress. So he tries to reassure him by saying he is certain that things will happen naturally with Elsa.

The accounts of the mas are not terrible. Even if they don’t have the heart to party, the Delcourts have no real choice but to maintain the inauguration. Robin, Alex, Judith and Noa therefore get to work without delay.

For her part, Audrey is in the red. Between the legal fees and the holidays, the mother of the family does not know how she will get out of it. As she seriously considers resuming her job as a beautician in addition to the Spoon, Jordan, who takes his role as eldest very seriously, offers to take a summer job to help her. Audrey tells him that Alex is looking for people at the farmhouse for the next two days. If he does the deal, he could offer him a contract for the summer season.

Subsequently, the teenager goes there and presents his candidacy to Alex. Although he doesn’t really have any experience, the oyster farmer hires him as a backup until the inauguration. Immediately, Jordan gets to work and the current goes rather well between him and Judith. A complicity that has not escaped Noa who watches them from afar with jealousy.