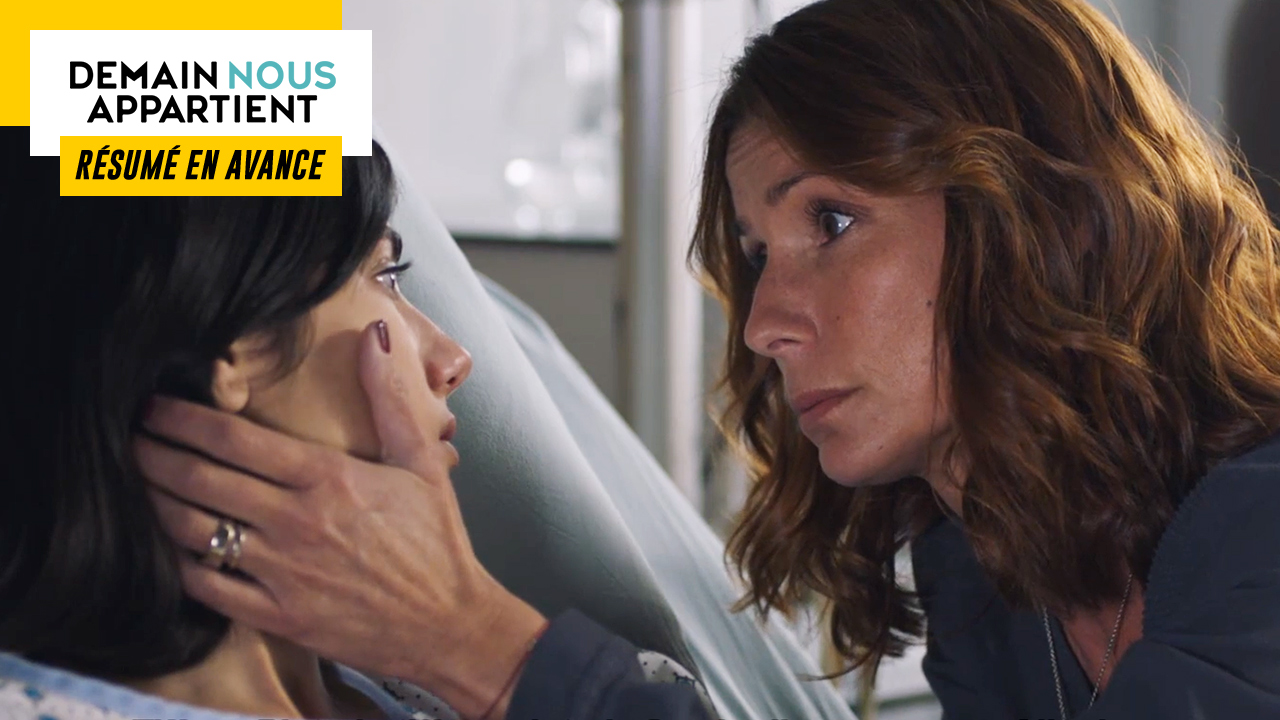 In the next episode of “Tomorrow belongs to us”… Raphaëlle confesses to the murder of Stanislas and Judith and Noa separate. As for Aurore, she decides to help her daughter pass the peacekeeper competition.

Thursday, June 23 in tomorrow belongs to us…

RAPHAËLLE CONFESS THE MURDER OF STANISLAS

Raphaëlle has a nightmare in which she is with Stanislas lying on an autopsy table. She confesses to him how much she loved him and does not understand why he behaved like this. Suddenly, he gets up and promises the lawyer that he never wanted to hurt her. Beaumont tells her that he loved her more than anything. As they kiss, he begins to strangle her. Raphaëlle lets out a cry of terror and wakes up Camille who is still in the hospital. Her daughter questions her, but the lawyer doesn’t want to tell her about her dream and promises her that they’ll be fine.

For her part, Chloé is again auditioned by Martin. This time, Soraya assists her and she tells the commander that her client grabbed the knife only to threaten Stanislas. The headmistress claims not to have stabbed him and proclaims her innocence. Roxane interrupts them, she gives Martin the results of the laboratory. The blood found on his shoe the day before is indeed that of Beaumont. The commander has no choice, he will transmit this new evidence to the prosecutor. Chloe will be indicted and referred. Soraya asks her client for an explanation, but without success.

At the same time, the Roussels are at the beach enjoying some family time. Damien and Audrey discuss the investigation. She confirms to him that she didn’t see anything that evening, and even if she did, she wouldn’t say anything that could incriminate Chloé, Raphaëlle or Camille. Then, Stanislas was a monster. She is convinced that if he hadn’t died, he would have killed them like he killed his sister. Audrey admits to her boyfriend that she is very distressed about Leo: one day, he will discover the truth about his father and the disappearance of his mother. So, Damien advises him to take the lead and talk to him about it.

Karim lets Alex visit Chloe for a few minutes before she is referred. He summons her to tell the police the truth, but his wife has promised to keep it a secret. Alex tries to make him listen to reason. If she continues, she will end her days in prison. Unfortunately, Alex leaves without getting any answers.

Later, Roxane made a new discovery. In an Instagram story from Camille dated June 11, we can see a block of large knives in Raphaëlle’s kitchen. She is convinced that the one in the middle is the one Chloe is holding in the video: it is probably the murder weapon. So that means the lawyer lied to them and claimed she didn’t have large kitchen knives in her house. But who covers whom? According to Karim, Chloe is trying to protect Raphaëlle.

At the same time, the lawyer is still at her daughter’s bedside in the hospital. Sébastien joins them and tells them that Chloé is going to be placed in detention. The mother and daughter exchange a worried look: they seem shocked by this news. If the prosecutor feels sorry for the principal, he is reassured to know that they are beyond suspicion. Suddenly, Raphaëlle has to leave. She pretends to want to visit Soraya to find out about her line of defense.

However, Raphaëlle lied. She’s at the police station. Camille tries to reach her, but in vain. She ends up sending him a message:I love you very much my Camille.“Martin arrives. The lawyer tells him that they must release Chloé: she is the one who stabbed Stanislas.

While Chloé is still in police custody, Alex and Judith decide to maintain the inauguration of the Mas. The Delcourt girl admits that the preparations keep her going. She is certain that her mother is innocent and that she will soon be released. For her part, Noa is not as optimistic as her girlfriend. He doesn’t want Judith to be disappointed and tells her that the investigation may still be long. His remark does not pass. The young woman asks her boyfriend not to demoralize her. The atmosphere is electric.

Later, Judith confides in Marianne about her doubts. Since returning from England, her relationship with Noa has deteriorated. The young woman has the feeling that they no longer understand each other, but this may only be a phase. Her grandmother tries to open her eyes. If she’s fighting so hard to hold her romance together, then that means something is wrong in their relationship.

At the Mas, Noa apologizes to Judith about her behavior. He didn’t want to hurt her. The young woman does not blame him. However, she tells him of her doubts about their relationship. She is still in love with him and wants to work things out between them. She thinks they should take a break for a while. Noa is stunned by his proposal and thinks Judith is leaving her. The reproaches fuse between the two lovers. Out of anger, Noa decides to break up.

Finally, Judith cancels the inauguration of the Mas. The young woman thought that her mother would soon be released, but clearly, this is not the case. The couple announces their separation to Alex. Noa intends to stay working at the Mas for the moment until the start of the activity, then he will see how things are shaping up.

Manon is very excited at the idea of ​​taking the peacekeeper competition. On occasion, she has created a retroplan of her overhauls with Nordine which are due to start today. The young woman even prepared the homemade cookies she promised her. However, Nordine was called in to help that night. He is very tired and intends to go home to rest. Manon is very disappointed, so he offers to meet her at the Spoon after lunch to help her.

After having kept his promise, Nordine announces to Manon that he must leave. He is resting and wants to take the opportunity to go to the bookstore. The young woman does not flinch, she will take the same path as the policeman. So he can continue to have it revised.

Later, Manon tells her parents about her enthusiasm. She thinks she has every chance of having her eligibility tests. However, Aurore tells him with a small smile that she cannot pass the peacekeeper competition without having passed the defense and compulsory citizenship day. Because of the confinement, his did not take place. Manon is angry, she is certain that this setback delights her mother who has done everything to dissuade her from the start. But Aurore has a solution: she has already got him a date. Her daughter can’t believe it. Thanks to her mother, she will be able to send her application in time. The policewoman says she is greatly impressed by her determination and admits that she was wrong. From now on, she intends to encourage him. She ends up admitting to him that she is very proud of her.