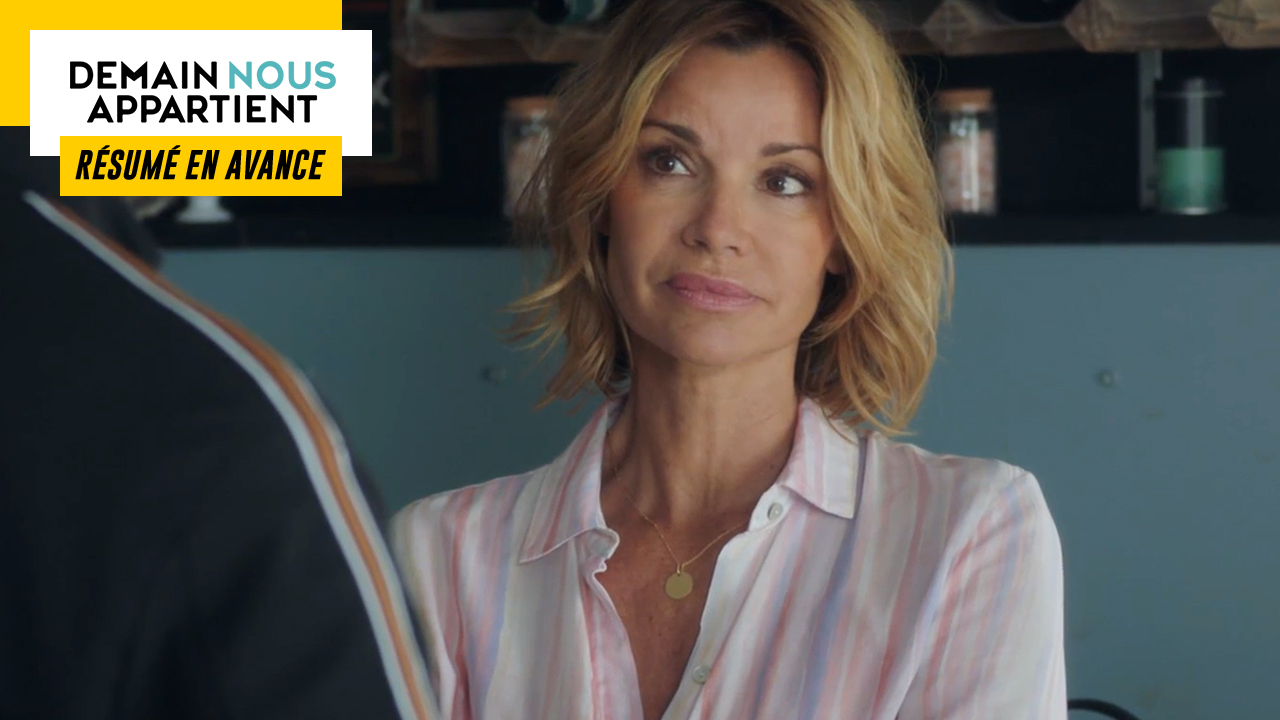 In the next episode of “Tomorrow belongs to us”… Roxane finds damning evidence against Chloé and Manon wants to pass the peacekeeper competition. As for Charlie and Sylvain, they are in competition at the straw hut.

Tuesday, June 21 in tomorrow belongs to us…

Audrey was taken into custody at the request of the prosecutor. A witness identified her at Raphaëlle’s home on June 15 and a client of the Spoon said he heard her say: “The bastard, I’m going to kill him” when talking about Stanislas. With these new damning elements, the police suspect the mother of having murdered the latter. The waitress is assisted by the lawyer Sophie Novak who explains to the commander that her client was shocked by the attempted kidnapping of her son and that this does not constitute proof. Martin tries to get Audrey to talk, she remembers what happened that night and confirms what Raphaëlle’s neighbor said.

Indeed, in the evening of June 15, she did go to Raphaëlle Perraud in the hope of opening her eyes to Stanislas. But it was Chloe who opened the door for him. In a hurry, the principal told her that it was not the right time, because Beaumont had just attacked Camille. She explained to him that Stanislas had left after the altercation and that she did not know where he was. At the same time, Chloé urged her to leave to find her children, which she did. Audrey continues to give her version of the facts: she quickly returned home and did not move. Despite her explanations, she remains the number one suspect in this investigation and cannot be released at this time.

At the same time with the Roussels, Léo is very worried not to see Audrey return. Jordan and Jack try somehow to reassure him. For now, they must wait. As Leo leaves to get ready for school, Lizzie takes the opportunity to share her fears with her brothers. She doesn’t think it’s a good idea to give their little brother hope. After all, Audrey can be very impulsive when her children are in danger and she hated Stanislas, because she was convinced that he had killed her sister. Jordan and Jack can’t believe Lizzie thinks that. They have no doubt of their mother’s innocence.

Later, Roxane explains to Martin that she cannot determine where Audrey was the night Stanislas died, because she had forgotten her phone at the Spoon. Despite the consistent testimony of her children, the commander cannot release her. Damien cuts them off and confronts Martin. He doesn’t understand why Audrey is still in custody when she hasn’t done anything. Considering him too close to the suspect, the commander decides to withdraw him from the investigation.

For his part, Karim questions Raphaëlle once again. He doesn’t understand why the lawyer didn’t mention Audrey’s arrival the night of the murder. She explains that she did not think to mention her, because she was focused on her daughter. This detail came out of his head since it was Chloe who opened the door for him. During her deposition, the principal also omitted this part of the story. Karim has a hypothesis: according to him, Audrey confronted Stanislas at her home and the altercation degenerated. So, with Chloe, they decided not to say anything. Raphaëlle immediately refutes this possibility, she is a lawyer and therefore on the side of justice above all.

At the same time, Chloé receives a visit from Martin at her home. The major wants to know why she hid Audrey’s visit from him the night Stanislas was killed. The principal claims that she was still very shocked by what she had seen and had not seen fit to warn him of Audrey’s arrival. According to Audrey and a witness, she would have asked him to leave as soon as possible with a nervous and anxious air. He tries to get her to talk more, but without success.

Still in police custody, Audrey receives a surprise visit from Damien. Despite his prohibition to see her, the policeman could not bring himself to do nothing. He gives her news of her children and tells her that everything will be fine. He hopes that Roxane will soon be able to retrieve Stanislas’ videos from the cloud.

Damien hurries to join his colleague. Although she is not allowed to talk to him about the progress of the investigation, Roxane explains to him that she still has not found the password to Beaumont’s cloud. She claims to have put all the keywords to decipher it, without result. However, the young woman has an idea: try the name of the sailboat he owned when he was in a relationship with Eve Roussel.

Martin and Karim try to connect the pieces of the investigation, in vain. Roxane arrives and has good news: she finally has access to images from Raphaëlle’s hidden cameras, but without sound. The living room camera was not focused on where Camille was assaulted. However, she has a very disturbing video clip in which we can clearly see Chloe holding a long kitchen knife that could be the murder weapon.

Today it’s party music. To celebrate it as it should be, William suggests that Aurore take a long romantic stroll along the canals. She gladly accepts. While the policewoman calls Manon to wake her up, the couple is surprised to see her coming back from a jog. Her father asks her if she’s not too sad to start her last week at the police station, but she doesn’t seem to mind. Aurore is over the moon, she thinks she has finally succeeded in dissuading her daughter from a career in the police.

Arriving at the police station, Manon tells Martin of her intentions: she wants to take the police officer competition. The commander is not at all worried about the young woman and thinks she has every chance. Manon is very excited and has already prepared a review program, but she admits that she hasn’t told her mother yet. Suddenly, Aurore arrives in Martin’s office. So his daughter decides to tell him the good news. The police officer is upset.

A little later, Manon is already revising for the competition thanks to the books kindly lent to her by her colleagues. Aurore can’t believe it, even her colleagues get into it. As for her daughter, she is happy to feel so supported and intends to give everything to succeed in the competition. However, she realizes that some exercises are difficult and require a lot of knowledge. She asks Nordine to help her with her revisions, which he accepts.

CHARLIE AND SYLVAIN ARE IN COMPETITION AT LA PAILLOTE

Charlie prepares the hut for the lunch service. She shows Christelle the menu: burgers, paninis and hot dogs, only very greasy dishes. She deplores the choice of Sylvain who thus puts aside people who are vegan or flexitarian. She would like there to be more healthy products. Charlie thinks we should create a salad menu with good ingredients like goji berries, pomegranate or even kale.

Christelle ends up proving him right: if she eats here every lunchtime, it will be difficult to keep the line. When Sylvain arrives with all the accessories to make his dishes, Charlie shares his idea with him, which makes him laugh. If he is convinced that no customer will want his salads, the student bets him the opposite.

A real competition has started between Sylvain and Charlie. The young woman quickly realizes that customers are flocking to Sylvain’s hod-dog stand, even her friend Nathan has ended up giving in to temptation three times. The moment of the accounts arrived, Charlie sold 32 salads and Sylvain 157 hot-dogs. However, the young woman refuses to be defeated and will try her luck again the next day.