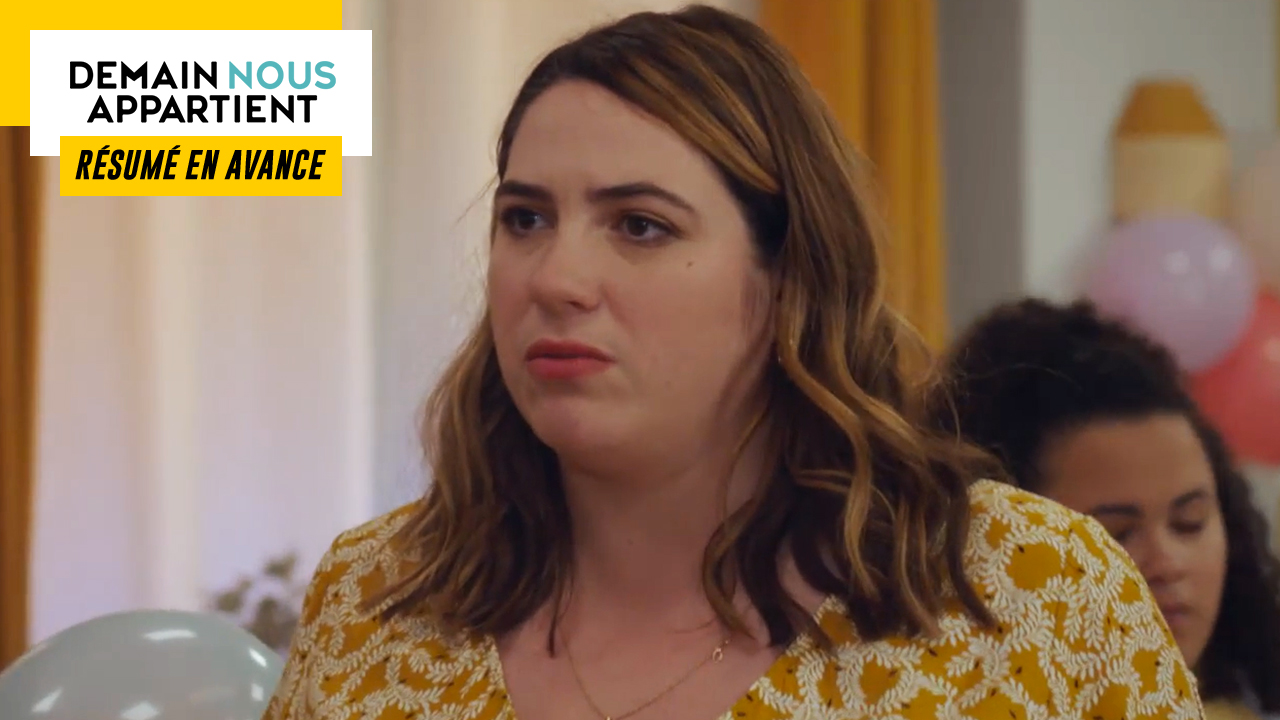 In the next episode of “Tomorrow belongs to us”… Audrey has to be interviewed by the police and Sylvain is overwhelmed at the straw hut. As for Samuel and Victoire, they say goodbye to the baby.

Monday, June 20 in tomorrow belongs to us…

AUDREY MUST BE HEARED BY THE POLICE

The search yielded nothing at Raphaëlle’s. For her part, Roxane found a video surveillance application downloaded on May 31, in Stanislas’ phone. The images were saved in an encrypted cloud for which she will have to find the password. Depending on how difficult it is, it could take months. However, she has access to live video through the app. Martin and Nordine recognize the lawyer’s house. According to them, the cloud could allow them to find out what really happened on the evening of Stanislas’ death.

Audrey is at her son’s bedside. She gently wakes up Leo and wishes him a happy birthday: he is celebrating his 11th birthday. However, the little boy is not feeling well and wishes to stay at home. Audrey understands that he is totally upset by the death of Stanislas. Leo admits to him that he doesn’t know how he feels, but after meeting his father, he imagined being able to share moments with him. Now that is no longer the case because he is no longer there. If he knows that Stanislas was not a good person, he has the feeling that his father loved him. Jordan joins them. He offers his mother to revise at home to spend the day with Leo.

A little later at Raphaëlle’s, the police find all the surveillance cameras installed by Stanislas. The lawyer can’t believe it. She asks Nordine what they plan to do with the images, but he admits to her that for the moment, they don’t have access to them yet.

Raphaëlle joins her father in the hospital. Sébastien confides to him that he is worried about the videos that the police could find. He asks his daughter to be honest with him, but the lawyer wants to be reassuring.

At the same time, Audrey can’t stop thinking about her son. She confesses to Damien that she regrets having met Stanislas and Leo. The policeman tries to reassure her, he assures her that she did the right thing, otherwise Leo would always have wondered about his father. Then he reminds her that children are stronger than you think. With his family, Leo will manage to overcome this ordeal. Audrey is delighted that her boyfriend is attending her son’s birthday tonight, because he loves him very much. Damien admits to him that it is mutual.

Roxane continues to search for Stanislas’ password, but in vain. Even if Raphaëlle and Chloé have the same version of the facts, Damien is certain that these videos are the key to solving this case. For her part, Roxane thinks it could be self-defense, but the policeman refutes her hypothesis: if that was the case, they would have already confessed.

A thunderclap at the police station, a new witness brings new evidence. Indeed, Raphaëlle’s neighbor tells Sara and Nordine that he saw two women discuss the facts in the evening. He heard bits of the conversation between Raphaëlle’s very good friend and another woman who seemed nervous. When he describes them, Sara shows him a photo of Chloe and confirms that it is indeed her. As for the other woman, she is in her thirties and has some curves. He remembers hearing Chloe ask this person to leave as soon as possible and looked stressed. For Nordine, there is no doubt, the second woman is Audrey Roussel.

The police do not understand why Chloé did not mention this exchange the evening of Camille’s attack and begin to doubt her role in this story. Martin wants to confront her with hard evidence and asks Sara and Nordine to re-examine the neighbor. He wants him to identify Audrey with a photo.

At the same time, the whole Roussel family gets together to celebrate Léo’s birthday. As he discovers his gifts, someone rings the doorbell. Jack hurries to open the door and finds Martin and Nordine. They ask Audrey to follow them to the police station. Indeed, a witness has identified her and they wish to question her. The young woman agrees to follow them and assures her children that everything will be fine because she has nothing to reproach herself for. Damien promises Audrey to take care of the children, while Leo tearfully begs the police not to take his mother away from him.

SYLVAIN IS OVERWHELMED BY THE PAILLOTE

The hut officially changes hands. Bart gives the keys to Sylvain. The former plumber can’t believe he has his own restaurant. For his part, Bart is delighted that he is the one who takes her back. Sylvain is also very confident, it is certain that in a few days he will be a real professional. The Spoon’s owner admits to him that with everything he’s going through at the moment, he couldn’t have taken care of the straw hut. For the moment, Sylvain feels ready and intends to open today. He even called the waiter that Bart recommended to him and he should arrive soon. They are joined by Charlie who also offers to help with the service. After all, she worked at the straw hut for two years. But Sylvain declines her offer: he thinks he doesn’t need her. According to Bart, he should accept all the help he can get.

Later, the waiter finally cannot come, much to Sylvain’s chagrin. Charlie explains to him that he should never have changed the schedule at the last moment. But the new owner didn’t see the point of bringing him in early to pay him for doing nothing. Except that before a service, everything has to be put in place and Sylvain seems not to have understood this. He thinks that 20 minutes is enough to prepare everything. Charlie again offers his help, but he refuses. Despite his warnings, Sylvain intends to take care of the service alone.

The hut is full to bursting. Sylvain is always stubborn to succeed in the service alone, and customers complain about his incompetence. Meanwhile, Charlie watches him work himself to death. At the end of the service, Christelle comes to congratulate him on his first day. While his wife asks him for a cocktail, Charlie can’t help throwing a spade at Sylvain. Social work understands that something is wrong. She doesn’t understand why her husband refused Charlie’s help and asks him to put his pride aside. Sylvain then offers her to work with him, but she has many conditions and also wants to manage the restaurant.

SAMUEL AND VICTOIRE SAY GOODBYE TO THE BABY

Floriane struggled to calm her baby during the night. Samuel and Victoire heard everything, but preferred not to interfere. Indeed, they think it’s the best way for her to make her mark with her son. However, Floriane admits to them that she is sometimes overwhelmed by the situation. The couple wants to reassure her, at the beginning they too had some difficulties. To help her, Samuel shows her a position in which the baby feels comfortable.

Admittedly, Samuel is happy that Floriane is back, but he doesn’t know if she will be able to get by on her own. He can’t help worrying about the baby. Victoire is touched by her boyfriend and tries to reassure him: after all, they too were overwhelmed at the start. Suddenly, the doctor has an idea: write down his advice on cards to give to the young mother.

Floriane follows Samuel’s advice to the letter. She thanks Victoire for everything they have done for her and her baby, because without them, she would have been lost. While she is putting away the baby’s clothes, the doctor takes the opportunity to give one of her T-shirts to Floriane. She tells him that baby Samuel likes him a lot and would like her to keep him. The young mother thinks that her smell should reassure her son. She ends up promising him to talk often about them to her child.

The time for goodbyes has arrived. Floriane prepares to leave Samuel and Victoire to return home with her son. The young woman will never be able to thank them enough for everything they have done for her and offers them to come and see them whenever they want. The couple is very moved to see them leave. Shortly after, they have a drink with Aurore and William. Their friends tease them about a possible desire for motherhood, but the position of Samuel and Victoire has not changed: they still do not want to have children.