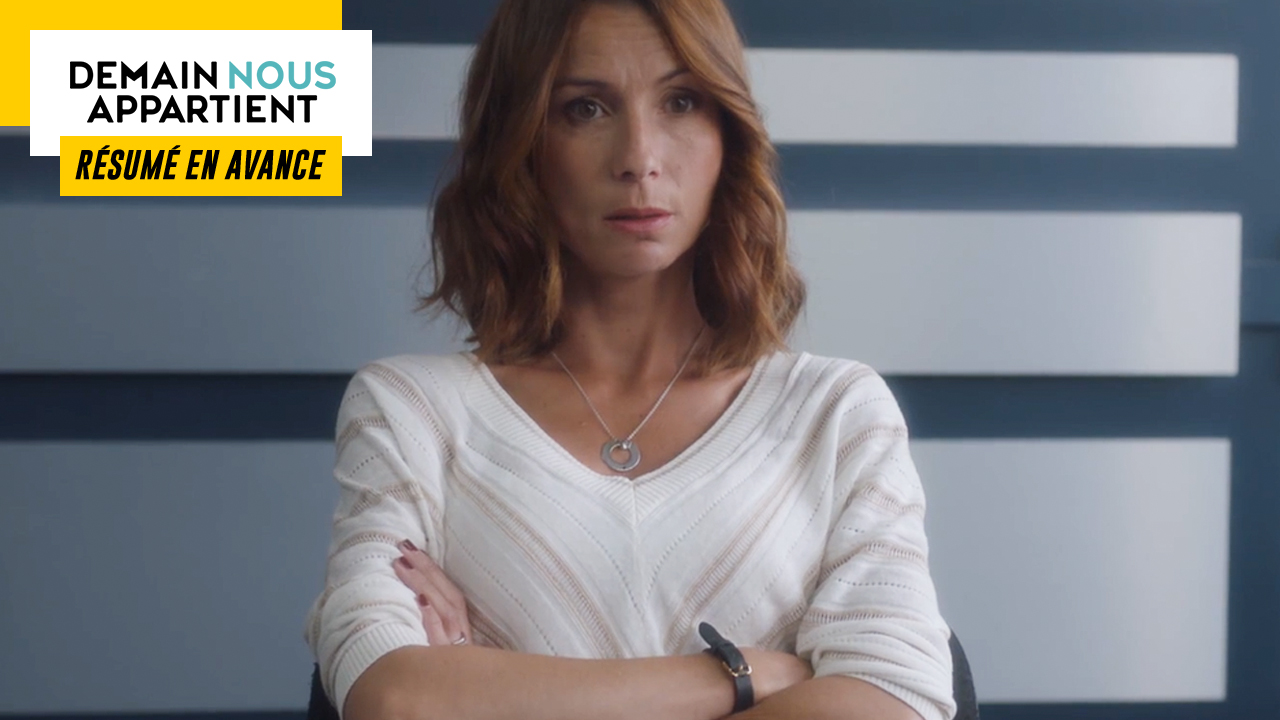 In the next episode of “Tomorrow belongs to us”… While the police are investigating the murder of Stanislas, Floriane comes to recover her son. At the same time, nothing is going well between Noa and Judith as well as Étienne and Bénédicte.

Friday, June 17 in tomorrow belongs to us…

At the hospital, Sébastien learns of Stanislas’ death from Raphaëlle and Camille. Even if everything suggests that the former skipper died following a car accident, an investigation has been opened. While Raphaëlle accuses the blow, her daughter reminds her that Stanislas has done her a lot of harm.

For his part, Damien received the autopsy report. According to him, the death of Stanislas would not be due to an accident but to a homicide. According to the medical examiner, Beaumont died of a hemorrhage triggered by a stab wound to the abdomen. The analyzes of rigor mortis show that his death dates back to around 36 hours. Given the amount of blood found in the driver’s seat, the report indicates that Stanislas was stabbed before his car hit the tree. As he was found ten kilometers from the Perrauds’ home after attacking Camille, Commander Constant wonders about the responsibility of Chloé, Raphaëlle or the teenager.

Martin therefore goes to Camille’s bedside then tries to find out if Raphaëlle would not have attacked Stanislas. Camille then assures her that her mother did nothing to her and swears that her stepfather was not injured when he left the house.

Later, Raphaëlle and Chloé are heard in turn by the police and maintain their version of the facts. According to them, Stanislas threw Camille violently on the coffee table before fleeing and he was not injured when he left the Perrauds’ home.

Not far from there, Leo received a package from Stanislas for his birthday. It is a model of a boat accompanied by the following message: ” For your eleventh birthday. Your first boat. I love you big boy. Your dad. “. Reading this note, Leo thinks that his father is a nice person and asks his aunt for permission to go boating with him. Uncomfortable, Audrey ends up telling him that Stanislas is dead. Leo then collapses in his arms.

Several kilometers away, the police take stock of the investigation. For the pathologist, Stanislas was stabbed by a blade sixteen centimeters in length, the equivalent of a large kitchen knife. The victim’s blood was also found on the driver’s side door handle. Commander Constant therefore concludes that Raphaëlle has attacked him and that Chloé and Camille are covering for her. Certain that his daughter is incapable of doing such a thing, Sébastien imagines that the skipper was attacked between Raphaëlle’s home and the place of the accident. A hypothesis which is not convincing since Stanislas did not ride long enough to bleed out. This is why Commander Constant asked to search the Perrauds’ home.

On site, Raphaëlle has already cleaned everything. Even though Damien has managed to take a blood sample, the forensic science finds no knife. To defend herself, Raphaëlle explains that she is not a professional cook and that she only has basic knives.

At nightfall, a mysterious person dressed in black goes to the port and throws a set of kitchen knives, including the murder weapon, into the sea.

FLORIANE COMES TO COLLECT HER SON

Samuel and Victoire have been taking care of Floriane’s baby for several days. With three obstetric emergencies, however, Dr. Chardeau has no other choice but to go to work, to the chagrin of his companion who is afraid of not being able to manage the little boy alone.

Later, Samuel calls Victoire to hear from her. The latter is doing quite well and even has a technique to put the baby to sleep: place the bassinet near the washing machine. Hearing them talk, William can’t help but tease his friend. Between the pavilion and the minivan, it must be said that Samuel has put on the costume of the perfect family man. Nevertheless, William encourages her to prepare for the idea of ​​parting with the newborn.

At the end of the day, Victoire and Samuel discuss the purchases they will have to make for the baby when Floriane arrives. As the couple did not expect it until next week, Floriane explains that things have finally settled down with the father of her son and that he is ready for family life. So she came back to pick up little Samuel. Refusing to see him leave so quickly, Victoire and Samuel offer Floriane to stay at home until her baby’s room is finished. An offer she eventually accepts.

NOTHING IS GOOD BETWEEN JUDITH AND NOA

At the farmhouse, Judith enlists Noa’s help to choose the color of her counter. If she is considering a turquoise blue, Noa would see something more sober like gray. However, Judith finds this sad and ugly. Not in top form, Noa blames himself for being incompetent, especially since he failed to save the family farm. Believing that what is happening to him is unfair, Judith assures us that all this is not his fault and says that she is sorry for him. Unfortunately, Noa refuses his pity. Annoyed, Judith points out to him that she makes a ton of efforts to make him feel better but that each time he sends her packing.

At the end of the day, Robin notices that his niece is sulking. Alex then tells him that Noa has been forced to sell his farmhouse and that he sees it as a failure. Besides, Alex begs his daughter to be a little more indulgent towards him.

ÉTIENNE AND BÉNÉDICTE ARE NO LONGER ON THE SAME WAVES

Étienne has finally repaired his boat and would like to raise the sails with his family within two weeks. However, Bénédicte cannot take vacations at the moment and no longer wants to spend her life on a boat.

At the end of the day, she confides to Aurore that she and Etienne are no longer on the same wavelength. They certainly manage to talk to each other, but more calmly. Despite everything, Aurore doesn’t worry about them, stating that they are a solid couple.