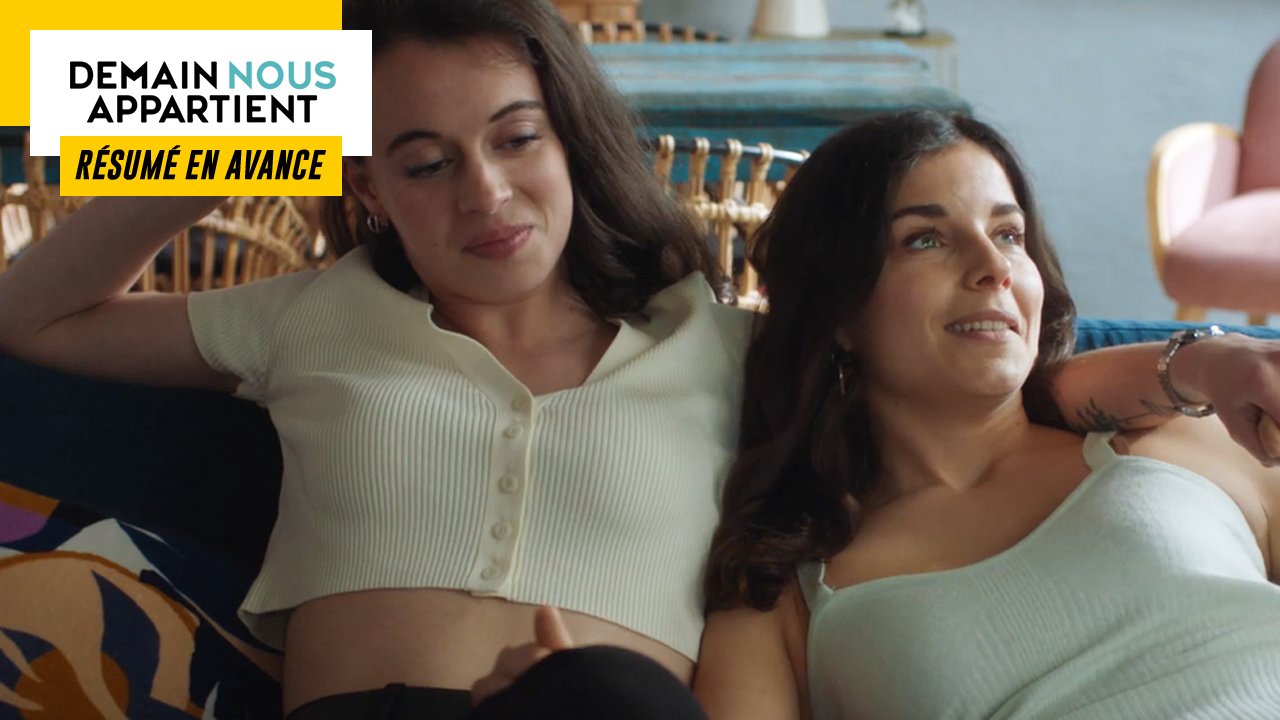 In the next episode of “Tomorrow belongs to us”… While the police find Stanislas, Robin settles in Sète. For Sara, Roxane and Bart, it’s the big day!

Thursday, June 16 in tomorrow belongs to us…

Following her assault, Camille was hospitalized and operated on. On the other hand, the teenager should have no sequelae. Despite everything, Camille suffers from head trauma, a cracked rib and lacerations on her back. As she is afraid that Stanislas will come back to attack her, Raphaëlle assures us that he is now out of their lives. For his part, Sébastien can’t help but blame his daughter for not having listened to him sooner. As they begin to tear each other apart, Camille declares that she has a headache and needs to rest. Before leaving, Sébastien affirms that they are both safe and that the police will not let Stanislas approach. Once alone, Raphaëlle apologizes to Camille for having brought Stanislas into their lives and then swears that nothing will ever happen to her again.

Later, Commander Constant informs Sébastien that all his teams have been mobilized to find Stanislas. In addition, the report of the car he stole from Raphaëlle has been broadcast everywhere since the evening before. He therefore swears to do everything to corner him and make him pay for what he has done.

Meanwhile, Audrey fears that Stanislas will attack Leo. That’s why she asks Jordan, Jack and Lizzie to watch over their little brother relentlessly.

Not far from there, Chloé and Raphaëlle are heard by the police. The lawyer tells Martin that her father had just told her that Stanislas had tried to kidnap Leo when she returned home and caught her companion stealing from her. She also explains that the skipper was verbally violent and physically threatening. According to her, it was Camille’s arrival that would have triggered everything. Mad with rage, he would have pushed the teenager on the coffee table before fleeing.

After her hearing, Raphaëlle returns to her daughter’s bedside, who feels particularly weak. When she wonders how she will do for the baccalaureate, Raphaëlle indicates that she has seen this with Chloé and that she will be able to pass it in September. While they are talking, Camille faints. Immediately, Marianne arrives and then finds that the teenager is in hemorrhagic shock which requires an emergency operation.

While Camille is in the operating room, Raphaëlle blames herself for having put her in this situation, especially since she has defended many abused women. Chloé then tries to reassure her and says she is certain that Camille will be fine.

A few hours later, Marianne announces to the Perraud family that Camille is out of danger.

A few kilometers away, Martin and Nordine discovered Stanislas’ car in poor condition on the side of a road. As the latter is not inside, the two police officers follow traces of blood on the ground and end up falling on the lifeless body of Stanislas.

ROBIN SETS UP IN SETE

To hire Noa, Alex has no choice but to break the promise he made to Mr. Hermont. Uncomfortable, he therefore announces to Justin that he will have to sign his part-time contract while waiting for the order book to grow again. However, Justin, who believes he has passed the age of student jobs, refuses and leaves the furious mas.

If Judith is terribly angry at having put her father in this position, she is on the other hand happy to announce to her boyfriend that they will be able to hire him. After he accepts, father and daughter show him around and run into Robin. Indeed, Judith contacted her uncle recently to surprise her father. Happy to see his brother recover, Robin specifies that he wishes to stay in Sète to give them a hand. Without waiting, the two brothers set to work.

Unfortunately, while carrying some wooden planks, Robin hurts his shoulder. Worried, Alex takes him to the hospital where he is cared for by Bénédicte. Suffering from capsulitis, Robin will have to avoid straining his shoulder joint as much as possible. He will therefore not be able to do work or carry heavy things.

At the same time, Judith invites Noa to dinner but he declines because he still has things to settle with the bank. The young man then seizes this opportunity to question Judith about Mr. Hermont’s employee. Insofar as he has the impression of having stolen Justin’s place, Judith assures us that they will take him back as soon as the activity is relaunched. When Judith offers her to come home after her administrative tasks, Noa once again refuses and is particularly distant.

IT’S THE BIG DAY FOR SARA, ROXANE AND BART

It’s D-Day for Sara, Roxane and Bart! A little stressed, the young man confides to his mother that he is afraid that his friend will not get pregnant and that the girls will be disappointed. After she reassures him, Anna and Bart rejoice at the thought of possibly being parents at the same time.

Subsequently, Bart goes to his friends who have prepared everything for him in the bathroom for the first stage of their natural fertilization. Even though he is embarrassed, he manages to collect his sperm. Without wasting time, Sara and Roxane proceed with the insemination. Although we have to wait two weeks to know the results, Roxane wants to proceed to a new insemination the next day to put all the chances on their side.