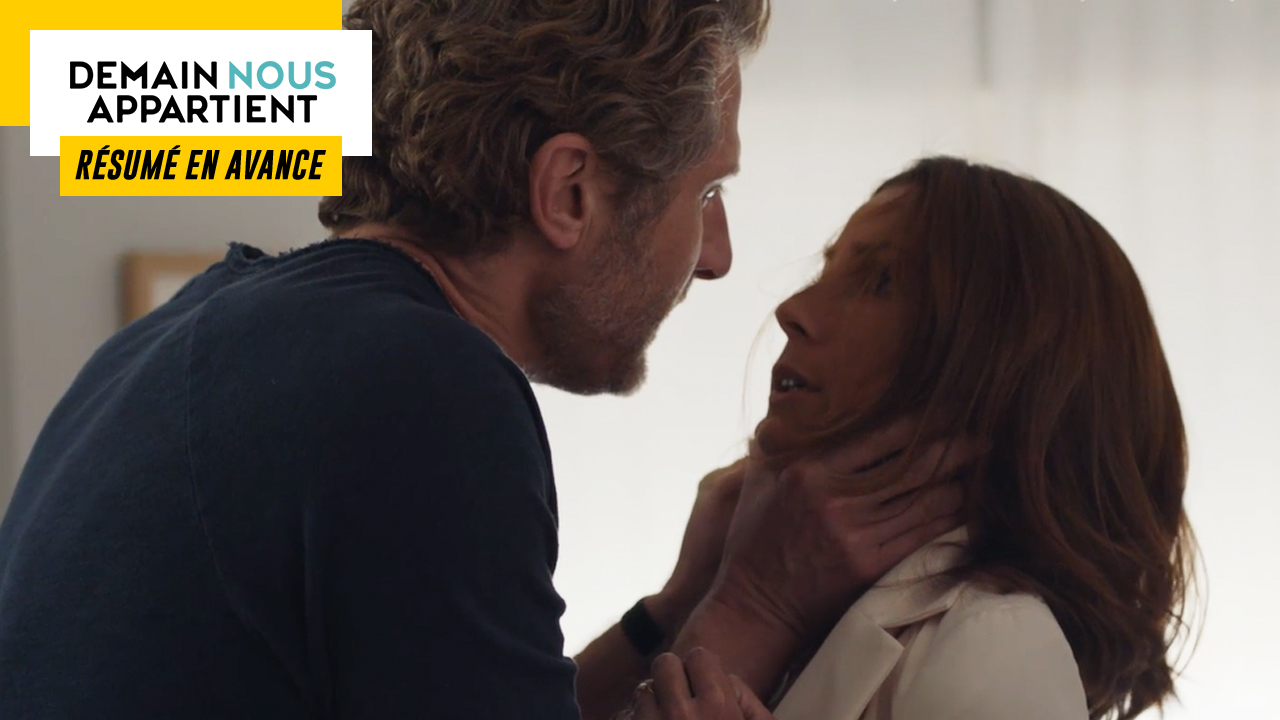 In the next episode of “Tomorrow belongs to us”… While Stanislas plans to kidnap Leo, Bart needs to be reassured. Noor and Cédric put an end to their story.

Tuesday, June 14 in tomorrow belongs to us…

Sébastien calls his daughter to convince her to file a complaint against Stanislas. The latter, who heard the end of their conversation, seizes this opportunity to promise her that he will never hurt her again. After having apologized to her for having been violent with her, the skipper admits that he did not meet her by chance. Indeed, he knew full well that a brilliant lawyer could get him custody of Leo. If he had the intention of manipulating her, however, he makes her believe that their meeting changed everything. As she finds it hard to believe, Stanislas assures us that he is in love with her and even says he is ready to change out of love for her.

Meanwhile, Audrey tries to find out what Leo would like for his birthday. When he replies that he would like to meet his father, she promises to see what she can do.

For her part, Sara managed to identify the person who made a transfer to Stanislas’ bank account. It is a certain Yannick Derain, a young entrepreneur specializing in e-commerce. Since she can’t reach him, the policewoman waits for him to call her back in order to understand what this money is for. Sébastien tells Sara that Raphaëlle confessed to her that Stanislas had raised a hand on her but that she refuses to file a complaint. Faced with her distress, the young woman assures her that all is not lost and Sébastien sincerely thanks her for her involvement in this investigation.

Later, Audrey meets Sophie then tells her about Leo’s request. Although she excludes that he gets to know his father, the mother of the family fears that this will harm his file. The lawyer then makes her understand that accepting this meeting would be the best way for her to prove her goodwill. According to her, Audrey must show that she puts the best interests of the child before any other consideration. Helping Leo learn about his past would therefore be positive for his adoption file.

Not far from there, Raphaëlle apologizes to Chloé for having been a different person lately. Very moved, the lawyer reveals that Stanislas has been violent on several occasions towards her. Even though she is aware that she should leave him, unfortunately she cannot. Still very much in love with him, she wants to give their story a chance, certain that he will eventually change. Despite being aware that her daughter is in danger, she asks Chloé to take her home for a while but Camille does not intend to leave her mother alone with a dangerous man.

In the afternoon, Raphaëlle and Stanislas are visited by Audrey and Léo. Not trusting him, Audrey attends their meeting. As the current goes well with his son, Stanislas later explains to Raphaëlle that he wants to obtain sole custody of Léo. To do this, the lawyer advises him to go see a shrink to show that he wants to found a stable and balanced home for his son. However, Stanislas takes it badly and grabs her violently by the throat. Fortunately, Camille comes home at this time, which encourages Stanislas to go get some fresh air to clear his mind. Frightened, Raphaëlle then grabs a kitchen knife that she hides in her jacket.

In the evening, Audrey tells her children that Stanislas has released the great game of the perfect dad. Knowing full well that he will do anything to get what he wants, Audrey fears that custody will be taken away from him. For Jordan, that will never happen and he swears they won’t let it.

In parallel, Yannick Dera contacts Stanislas because he would like to know why the police are trying to contact him about the bank transfer. Stanislas then specifies that there is nothing to explain since he sold him a boat in perfect condition. After hanging up, the skipper finds a man in the port and informs him that he wishes to advance his trip to Tangier. The departure is therefore scheduled for the following evening. And Stanislas has no intention of leaving alone since he intends to take his son with him.

Roxane is in the midst of ovulation. A little stressed, Bart wonders if he’s going to have to make love with his friend to conceive this baby, but the latter immediately assures him that he won’t.

Subsequently, Bart joins his mother in the hospital to bring her the good news. Knowing that she is worried about him, the young man wants to reassure her and guarantees that he is not making this baby to forget about Louise. According to him, this project is good for Sara and Roxane but also for him. When Marianne arrives, Bart reveals that he is going to be the father of Sara and Roxane’s child. An announcement that Doctor Delcourt does not see very favorably because she fears that her friends will use him. Even though she thinks it’s a bad idea, she still wishes her grandson happiness.

At the end of the day, Bart confides in Sara about his anxieties as a future dad. Indeed, he realizes that in the eyes of the law, he will not officially be the father of their child. He is therefore afraid of having no rights over the baby if things were to go wrong between them. Sara then makes him the promise that she will never deprive their child of his father.

NOOR AND CÉDRIC END THEIR STORY

After having spent an excellent birthday weekend with his children, Cédric arranges to meet Noor. Although he hasn’t heard from her for two days, the young woman agrees to see him during the day to put things straight.

At the Spoon, she later asks him if he had a good time with his kids. The nurse replies yes and then specifies that he needed it. It must be said that Angie, Lilian, and Jahia have made life difficult for him since he has been with the nurse. This weekend was therefore an opportunity for him to reconnect. If she is understanding, Noor believes on the other hand that they cannot continue like this. While the nurse would like them to give themselves a second chance, the Beddiar girl unfortunately does not believe it. That’s why she decides to put an end to their story before they come to hate each other.