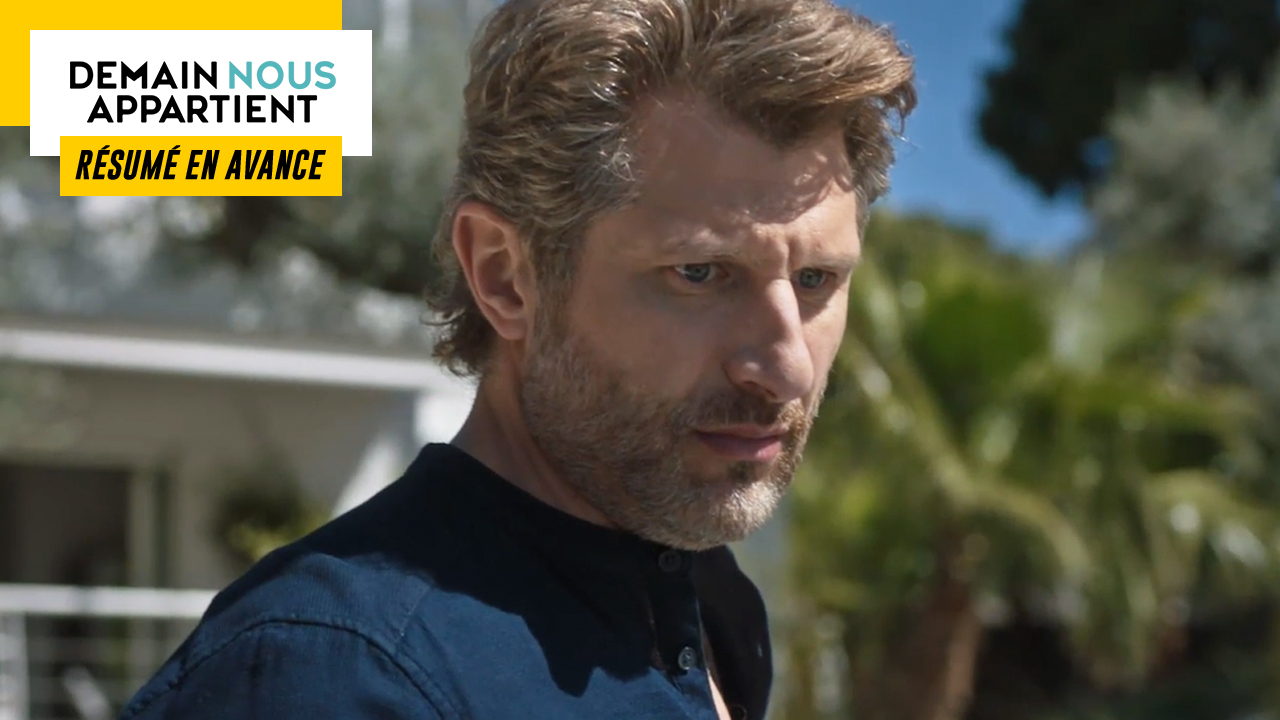 In the next episode of “Tomorrow belongs to us”… While Vanessa confesses, Stanislas is violent with Raphaëlle. Manon solves her first investigation.

Monday, May 30 in tomorrow belongs to us…

Wounded in the abdomen, Vanessa was transported to the hospital where Martin and Georges are waiting for news. Doctor Delcourt informs them that the operation went well and that the life of the young woman is no longer in danger.

At the same time, an administrative investigation was opened to determine whether Georges fired to neutralize Vanessa or to kill her. If the latter does not really know what motivated him to open fire, he had to save Victoire. Martin therefore promises to take the necessary time to explain to the IGPN what happened.

Meanwhile, Samuel is at Victoire’s bedside. Relieved, he confides that he was afraid of never seeing her again. After having declared her love to him, the young woman specifies that she has not stopped thinking of him.

Victoire then receives a visit from Georges. As he feels guilty for having put his life in danger, she points out to him that the most important thing is that they both got away with it. Despite everything, Georges has a lot of trouble managing the situation. If he is both shocked and disgusted, the policeman also cannot believe that the woman he loves could have done such a thing. When he remembers their happy times, Georges tells himself that he still loves her. Indeed, he does not manage to blame her completely because according to him, Vanessa was not really aware of what she was doing. Although she can’t imagine what he’s going through, Victoire makes sure to be there for him if he ever needed to talk.

For his part, Tristan has finally been released and is warmly welcomed by Alex and Sylvain.

Not far from there, Karim questions Vanessa about her meeting with Mercier. When the head of the Spoon was eighteen years old, Mercier’s trial made the front page of all the newspapers and this man abandoned at the town hall on the happiest day of his life touched her a lot. It was around this time that she came into contact with him. His suffering spoke to him but his way of reacting to it also intrigued him.

Soon after, Vanessa admits that she killed her stepmother by giving her beta-blockers to make her death appear natural. She also recounts having had a drink with Mercier once he was acquitted. Although she found his mind interesting, Vanessa on the other hand considered the man insignificant and so they never spoke again.

When Karim tries to find out why she started killing again, Vanessa replies that she doesn’t know if it’s because Georges refused to marry her or if she felt that Louise and Bart didn’t deserve this happiness. According to her, they did not love each other enough to get married. She therefore attacked everyone involved in the ceremony to calm her pain as well as to pay tribute to Mercier.

Subsequently, Georges comes to see Vanessa. The policeman first apologizes to her for having shot her but indicates however that she left him no choice. She may think otherwise, but the chef doesn’t hold it against her because deep down, she always knew he preferred Victoire. Georges does try to affirm the opposite but Vanessa knows full well that if Victoire had asked him, he would have married her. With tears in her eyes, she confesses that she never meant to hurt him. He then replies that she is sick and that she will have to be treated. Once she told him to be ready to do whatever it takes for him and their couple, she takes his hand and then says that she loves him more than anything. When she questions him to know if he will come to see her in prison, Georges replies that he does not know until he leaves the hospital room.

At the same time, Bart can’t believe that Vanessa got away with it because for him, she deserved to die. Even if she understands her anger, Anna indicates that it is important that she be judged to allow her to grieve. However, Bart isn’t sure he can do it.

STANISLAS GETS VIOLENT WITH RAPHAËLLE

Camille did not spend the night at home and Raphaëlle finds it difficult to understand how they could have come to this. For his part, Stanislas continues his little game by making him believe that he feels guilty to see their relationship deteriorate in this way. As he plans to leave to ease the tensions between mother and daughter, Raphaëlle categorically opposes it, believing that it is up to her daughter to change her behavior.

Camille confides in Chloé about the problems she encounters with her mother. Worried, the principal decides to play the mediator and arranges to meet Raphaëlle at the Spoon. While the latter would like her daughter to stop taking Stanislas for her scapegoat, Chloe urges her to have a discussion with Camille, certain that they will be able to understand each other.

Later, Camille goes to her mother’s office. After Raphaëlle apologized to her for having raised her hand on her, the teenager asks her forgiveness in turn for the remarks she made. To seal their reconciliation, they then take each other in their arms. However, Raphaëlle warns her daughter that Stanislas will continue to be part of her life and that she will have to make efforts with him.

At the end of the day, Camille and Raphaëlle have rediscovered their bond and are enjoying the sun on the terrace. When Stanislas arrives, the teenager warns her mother that she will spend the evening at Dorian’s before fleeing. If the skipper had been smiling until now, he exploded his anger once the young woman left. Out of himself, Stanislas violently pushes Raphaëlle who falls to the ground.

Manon continues her investigations into the bike theft. Although the fingerprinting didn’t turn up anything, she has no intention of giving up. With the help of Timothée, she then questions a local resident. Unfortunately, he didn’t see anything. However, he sincerely hopes that the young man will eventually find his mountain bike. As the man shares details that Manon has not mentioned, she gets it into her head that he is the author of the theft.

Without waiting, she goes to the police station and tells Nordine about her discovery. On his way to the scene, the policeman calls out to the suspect who had more than thirty stolen bicycles in his garage. Nordine then congratulates his trainee for having solved his first investigation.