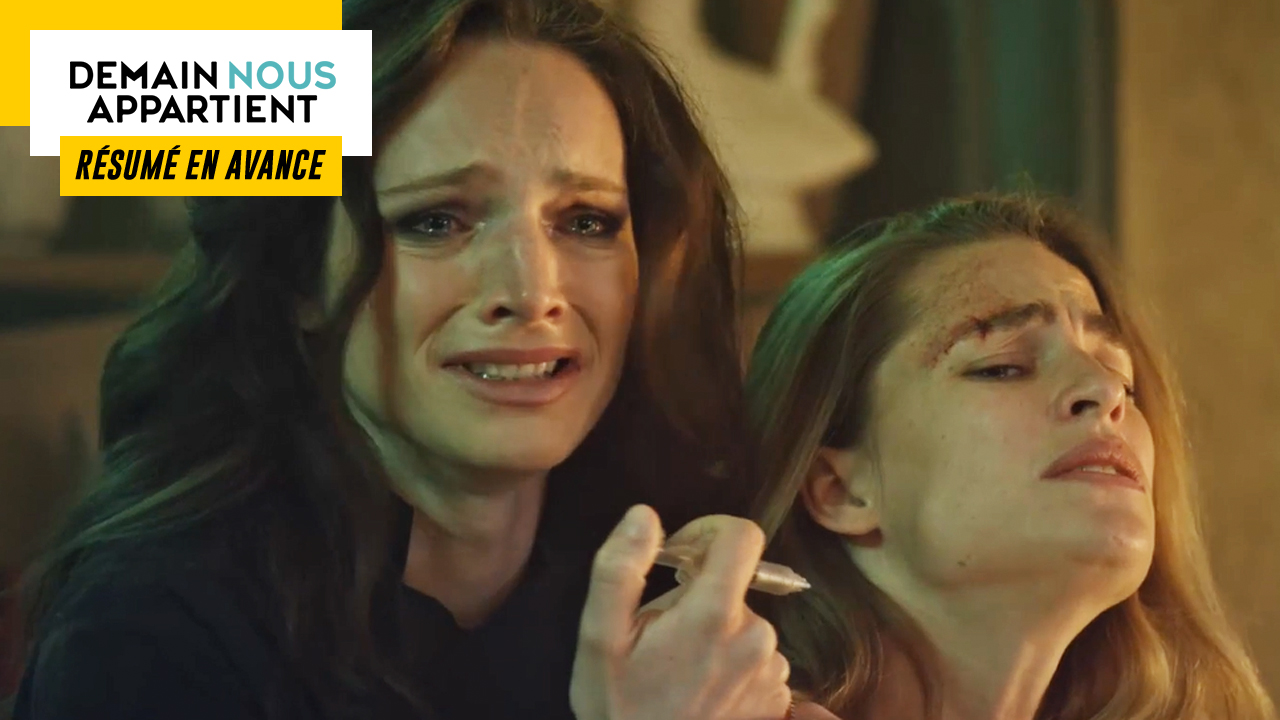 In the next episode of “Tomorrow belongs to us”… While Georges shoots Vanessa, Manon leads the investigation. Stanislas shows his true face.

Friday, May 27 in tomorrow belongs to us…

Ever since Victoire was kidnapped, Samuel has been worried sick. Indeed, a drop of digitalis could be fatal to him because of his heart problems. For his part, William wants to be reassuring and encourages him not to give up.

Samuel then arrives at the police station and attacks Georges, whom he considers responsible for the situation. Furious, he orders her to find the woman he loves as soon as possible. After asking him to lower his voice, the policeman indicates that he spent the whole night going through all the elements before specifying that he has several teams on the ground. Then to summon him to leave the premises immediately to let him do his job.

At the same time, Vanessa put on her apron to bake a cake for Victoire’s wedding. Indeed, the chef hopes that this pastry will be the last meal of her rival. While the pastries are baking, Victoire assures Vanessa that her affair with Georges is long over. Only, the head of the Spoon finds it hard to believe her, especially since she saw them in each other’s arms at the hospital. Victoire then claims that it was a friendly gesture because Georges was really bad at the idea of ​​losing her. However, Vanessa believes that if that was the case, he would have agreed to marry her. When Victoire tries to gain time by reminding him that Georges is very shy, Vanessa violently grabs his hair and forbids him to say anything bad about him.

Not far from there, Georges and Sara question Vanessa’s father again and show him the photos from his notebook. Paul immediately recognizes the plaque from his ceramics workshop where he used to take his daughter when she was little and gives them the coordinates.

Meanwhile, Vanessa tries to get Victoire to eat her pastries. As the latter categorically refuses, the chef prepares a syringe of digitalis. Panicked, Victoire rubs the rope on her chair and manages to free herself. When Vanessa is about to inject the poison into her, Victoire throws herself on her and tries to snatch the syringe from her hands.

When the police arrive, Vanessa threatens to stick the syringe in Victoire’s neck and kill her. Georges does try to convince his companion to release her, but without success. While she asks why he never loved her, he affirms that she is wrong and then certifies that he still loves her. Unfortunately, Vanessa doesn’t believe him and is about to inject the poison into Victoire. Without hesitation, Georges shoots Vanessa. Wounded in the abdomen, she collapses.

Manon arrives in a good mood at the police station. Insofar as he cannot take care of her today, Damien pushes her to offer her help at the reception which is overwhelmed with work. Far from being fooled, Manon has understood very well that her mother was doing everything to disgust her with the profession, but does not intend to let herself be discouraged.

Later, Timothée goes to the station to file a complaint for the theft of his bicycle. The police having other priorities, Manon decides to investigate to find her friend’s bike. So she goes to the scene of the crime to look for evidence and then finds a piece of padlock. To do things right, the young woman acts like a pro to retrieve her first clue. Afterwards, she returns to the police station and manages to convince Damien to take a fingerprint.

Now that she knows the truth, Camille is in the worst possible condition. Although her daughter has many questions, Raphaëlle still refuses to tell her how she learned that Dorian was seeing another girl. To get answers, Camille then turns to Stanislas who makes her believe that Raphaëlle didn’t want to tell her anything. And to add that she never carried Dorian in her heart.

Camille then goes to high school and confronts Dorian. Stunned, the teenager says he would never do such a thing, especially since he has no desire to go elsewhere. At the end of class, she chooses to confront her mother who urges her to trust her even though she has never caught Dorian with anyone else. Angry, Camille overwhelms her mother with reproaches to such an extent that Raphaëlle is about to slap her in the face. Luckily, she manages to pull herself together before it’s too late and has to leave her office.

Camille then joins her grandfather at the Spoon to tell him the whole story. During the discussion, he tells her that it was Stanislas who would have surprised Dorian exchanging messages with another girl. However, the prosecutor is convinced that his son-in-law made it all up. Camille is surprised by this information because her new stepfather always told her that he didn’t know where this story came from.

Furious, Camille returns home and confronts Stanislas. The latter threatens to tell the whole truth to his mother so that she realizes the kind of person he is. So she invites him to pack his bags immediately. At this moment, Stanislas finally shows his true face and believes that Camille owes him respect. While insulting her, he makes her understand that it is not her who makes the law here before throwing that it is she who will clear.