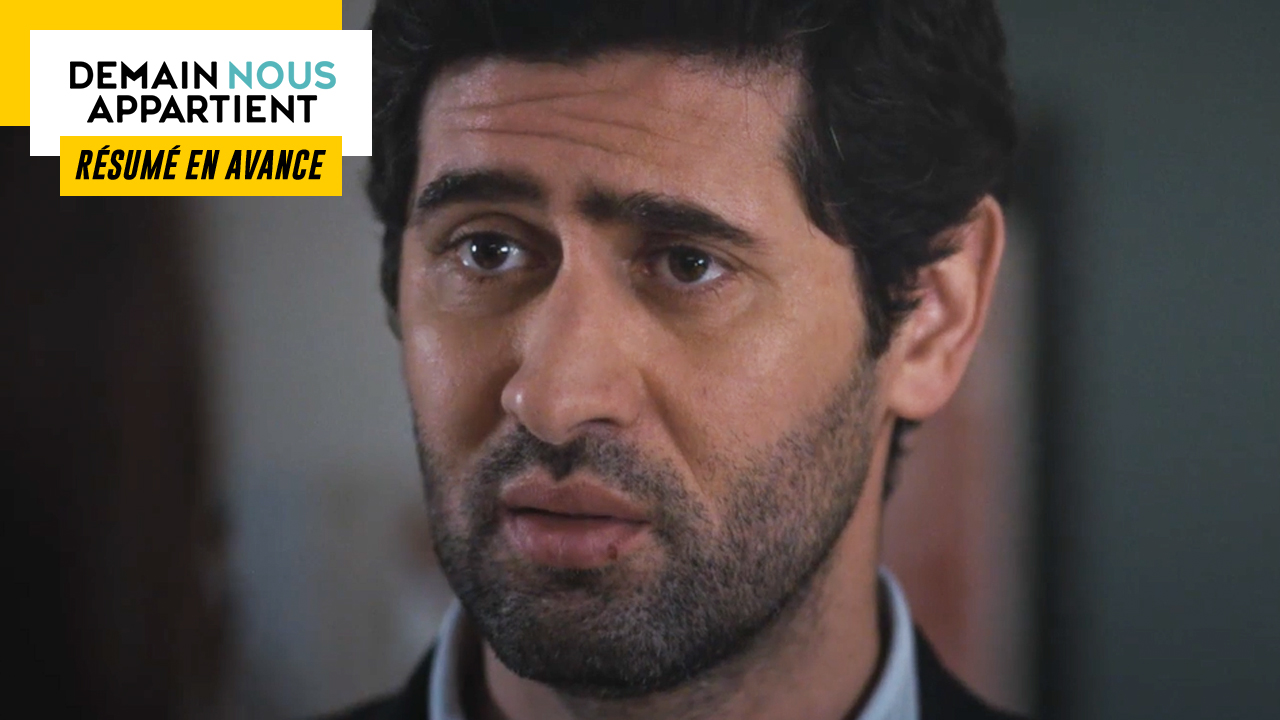 In the next episode of “Tomorrow belongs to us”… While Vanessa stabs Georges, the Morenos leave a surprise for Victor. At the same time, Damien made his decision.

Wednesday, May 25 in tomorrow belongs to us…

In her lair, Vanessa looks at photos of herself and Georges before plucking the petals of a tiger rose bud while repeating, “he loves me, a little very much, passionately, madly, not at all”.

For his part, Georges continues to suspect Vanessa of being the killer and therefore goes to the Spoon in the hope of finding proof. While Bart tries to understand what is happening, the policeman shares his doubts with him. While searching the reserve, Mona’s son ends up discovering a notebook filled with information, each more compromising than the next. In this one, Vanessa feeds a real obsession for marriage to the point of having made many photomontages of her in a wedding dress with Georges by her side.

As there is now no longer any doubt that she is Loïc Mercier’s copycat, Georges arrives at the police station and tells his colleagues everything. Faced with this overwhelming evidence, Commander Constant reproaches Georges for not having come to talk to them about it sooner. The head of the Spoon being untraceable since yesterday, Martin then orders Karim to send his report, to set up roadblocks and to ask Roxane to limit her phone as soon as possible.

In the process, Martin and the scientist go to Georges to take some readings. Not far from there, Anna confirms to Bart and Chloé that Vanessa is indeed Mercier’s copycat. Furious, Bart struggles to control his anger.

At the end of the day, Georges and Martin meet the prosecutor Perraud and inform him that Vanessa’s DNA corresponds to the hair found in Tristan’s car. But that’s not all since the analysis of the gloves also reveals traces of digitalis. Once he gives them his instructions, Sébastien criticizes Georges for not having done his job properly. The latter therefore apologizes to him and declares that he assumes the consequences of his error. Martin then fiercely defends his colleague and indicates that he will be the only one to decide on a sanction or not.

In the evening, Georges returns home and finds Vanessa in the kitchen preparing dinner as if nothing had happened. After telling her that he had denounced her, Georges ordered her to go to the police. Knife in hand, Vanessa refuses and adds that she wants one last evening with the man she loves. When he replies that it is not possible, she loses her temper. Georges does try to beg her to calm down while trying to take the knife from him, but Vanessa, who refuses to let it go, ends up stabbing him in the stomach.

THE MORENO LEAVE A SURPRISE FOR VICTOR

At the Perraud office, Sophie surprises Victor looking at a luxury car magazine. Although the transaction he is about to make with the Morenos is far from legal, Timothée’s father still plans to open an offshore account to use this money in the coming weeks. Wishing to keep a lawyer on hand, he plans to make Sophie his partner.

Subsequently, Christelle, Sylvain and Charlie finish their boxes when Victor arrives at the villa and informs them that he will be there the next day at 9 a.m. sharp to collect the keys to his property. For his part, Charlie has every intention of leaving a small souvenir for Victor before leaving. So she invites Nathan and several friends to party one last time at the Moreno’s. Indeed, the young woman intends to ransack the property before the Morenos give her their keys. A memorable evening in perspective in which Sylvain and Christelle participate. And as much to say that they are not the last to throw slices of pizza on the bay windows.

DAMIEN HAS MADE HIS DECISION

Since Sara and Roxane asked him to be their sperm donor, Damien is concerned and seeks Audrey’s opinion. If the basic it is rather to help homosexual couples to have a child, the mother of the family also seems a little lost in the face of the situation.

Not knowing what to do, Damien turns to Aurore. The latter then advises him to take the time to reflect for his couple but also for the unborn child. Having in fact already made his decision, Damien makes an appointment with Sara and Roxane and announces to them that he will unfortunately not be able to accede to their request. An additional disappointment for the couple who finally decide to wait another six months to do a new IVF.