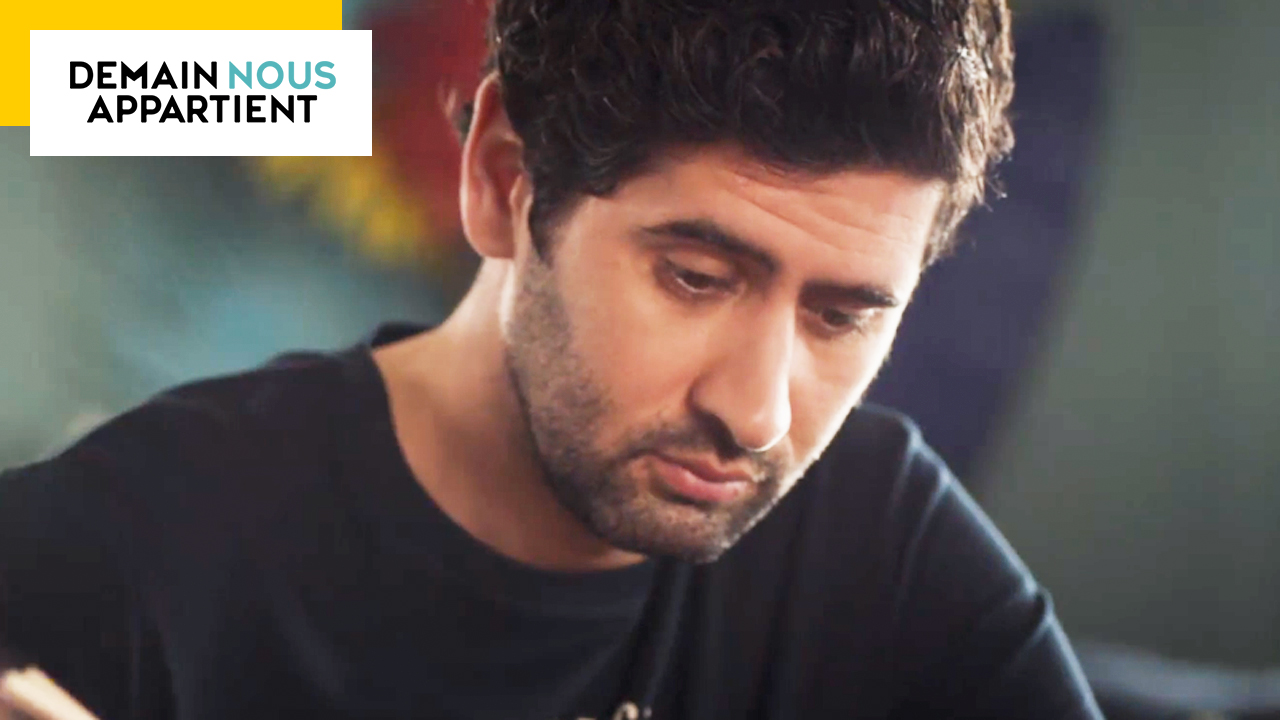 In the next episode of “Tomorrow belongs to us”… While Georges is plagued by doubt, Vanessa feels that her secret may no longer be one. At the same time, Nordine faces an unexpected proposal, and an incident occurs at the PTS.

Monday, May 23 in tomorrow belongs to us…

Georges investigates to find out if Vanessa is indeed the copycat

Georges is still disturbed by his discovery of the day before concerning Vanessa. As he is not working today, Vanessa offers him to come and have lunch at the Spoon, but Georges suddenly claims to have to replace a colleague at the last minute. Noticing his companion’s little face, the head of the Spoon asks him if he is sick, but Georges assures him that everything is fine and that he is just a little tired.

Once Vanessa has left, Georges hastens to call Victoire to tell her that he hasn’t slept all night and that he hasn’t stopped rereading the letter addressed to Mercier, more and more convinced that the copycat could very well be Vanessa.

At the police station, Nordine continues to go through Mercier’s correspondence. He explains to Martin that a letter could have evoked a copycat, but the person in question was hospitalized at the time of the facts. Martin, meanwhile, increasingly doubts Tristan’s guilt. According to him, the killer could have used the first suspicions about Tristan to make him the ideal culprit. And since Tristan’s first arrest was never made public, Martin thinks the copycat is someone close to him.

Raphaëlle got a visiting room in prison with Tristan. The latter is completely defeatist, everyone thinks he is guilty and he has the impression that he is going to die in prison. He then announces to his lawyer that he is going to go on a hunger strike. According to him, this is the only way to denounce the miscarriage of justice of which he is the victim. He asks his lawyer to warn the press: until he is released, he will stop eating.

At the hospital, Georges explains to Victoire that Vanessa’s stepmother was called Alice Reynie. So he immediately made the connection. And that’s not the only connection that exists between Vanessa and Mercier. The latter having come to Sète to kill a woman and expose his copycat to the light of day, Vanessa’s attack would not be a coincidence. Just like the fact that she killed him in self-defense.

Also, Georges did some research and discovered that Alice Reynie had died of a heart attack. Like all the victims of Mercier and the copycat. George doesn’t know what to do. He obviously cannot tell his colleagues about it because he is only basing his decision on suspicion. But why would Vanessa have killed Louise? Because she also dreamed of a big and beautiful wedding? Victoire urges him to think like a cop and look for evidence. Georges therefore decides to search through Vanessa’s belongings.

Mathilde bids farewell to Bart. She is about to leave Sète with Gary and Aurélien. Bart asks Gary to take good care of Mathilde and Aurélien, then makes Louise’s two children promise to take care of each other. After these moving farewells, Bart is visited by Anna and Karim who want to make sure he is fine. Karim assures Bart that he can always count on them.

While rummaging through Vanessa’s belongings, Georges discovers a false bottom in a cupboard. In this hiding place, he puts his hand on a box closed by a padlock. But Vanessa returns to the apartment at the same time and Georges puts everything back in place, for fear of being surprised. Georges pretends that he was looking for an administrative paper but Vanessa seems to suspect something. Once Georges has left, Vanessa notices that the double bottom has been opened. Vanessa feels that her secret has certainly been discovered.

In the evening, Vanessa isn’t hungry, but she prepares a new Thai-inspired recipe for her companion. The recipe she wanted him to taste this afternoon at the Spoon. At the time of eating, Georges, who strongly doubts Vanessa, hesitates to taste. Was his companion trying to poison him?

Sara and Roxane make an unexpected proposal to Nordine

For their baby project, Roxane and Sara agree that they do not want co-parenting. They simply want a donor who wants to maintain a bond with the baby. But they can’t find a profile that suits them. They think it would be easier with someone they know.

Sara thinks immediately of Bart, but the moment is too badly chosen. It is then that the two young women have an illumination at the same time: they are going to ask Nordine! They adore him and, after all, he is already involved since he accompanied Roxane to Barcelona for her IVF.

Sara and Roxane make an appointment with Nordine at the Spoon a little later and ask him if he would agree to be the parent of their child. Nordine first thinks of a joke, before falling from the clouds. Disturbed, he leaves the Spoon, but Roxane and Sara catch up with him. They explain to him that they want their child to know the identity of their father. Nordine is well placed to understand. They add that they would be relieved to embark on this adventure with someone they trust. Nordine needs to think before giving them an answer.

Lost, the young man asks his father for advice. Martin then explains to his son that it will be difficult for him to find his place, and advises him to really ask himself the question of his desire for a child because this baby project will not be his, no matter what. arrived.

Nordine then visits Sophie at her office to get her opinion on the matter, but the lawyer is quite dry. She does not see how this baby project concerns her and does not want to talk about it. Nordine does not understand the reaction of his companion. After the departure of the young brigadier, Sophie seems very affected. She has tears in her eyes.

Manon makes a mistake on her first day at the PTS

Manon begins her internship at the PTS under the responsibility of Damien. The latter explains to him how he uses mobile phone metadata to advance certain investigations. Manon seems super motivated and enthusiastic. She even asks Damien what kind of studies you have to do to have a job like hers. The latter thinks that Aurore’s daughter has all the qualities to do this job.

Later, Manon wants Dorian to discover the world of her internship. But the teenager accidentally spills a bottle of luminol on a piece of evidence. Manon tries to recover by wiping the laptop on which the luminol has flowed, but she has to warn her mother who does not fail to get upset and give her daughter and her nephew a bad time. . They may have just destroyed Damien’s work.

Damien arrives in turn, and Manon apologizes. Aurore advises her colleague to punish her daughter, but Damien is content to explain to Manon that his behavior is unprofessional. Fortunately, he had finished the analysis before leaving for lunch.

The young man even feels guilty because he explains that he left without taking the time to clear his work plan. So it’s kind of his fault too. Aurore can’t get over it, she finds him far too kind and understanding. After explaining to his intern that you always have to clean up your work plan, he simply asks Manon and Dorian to clean everything up. The two cousins ​​are doing quite well.