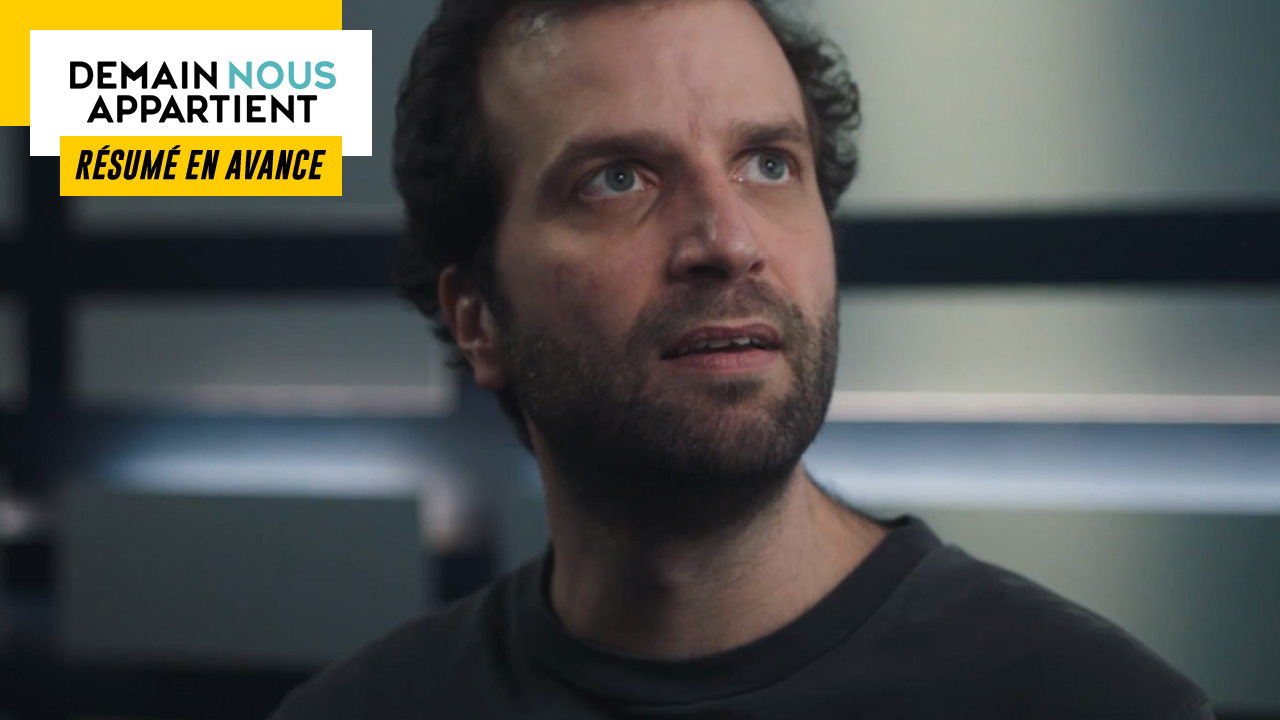 In the next episode of “Tomorrow belongs to us”… Everything overwhelms Tristan and Roxane is not pregnant. While Victoire tries to make Samuel jealous.

Thursday, May 19 in tomorrow belongs to us…

In the interrogation room, Martin questions Tristan about the rose petals found in his jacket and his relationship with Gaëlle Richet, the murdered florist. Martin then puts forward the following hypothesis: when his relationship with Gaëlle ended badly, he decided to kill her. Arnaud Lesieur’s messages also overwhelm him. Tristan continues to assert his innocence when Georges enters the room. He brings additional evidence to the commander / vials of digitalis found in Tristan’s car.

At the same time, Anna and Chloe are with Bart who doesn’t understand his friend’s arrest. His mother tells him that the police have decided to extend Tristan’s custody. For Bart and Chloé, it is impossible that this one is the author of the murders.

At the Spoon, Audrey prepares the restaurant for its opening. When she is about to remove the condolence book, Bart asks her to leave it in its place for the regulars. He wants to come to work. For him, the Spoon was his baby with Louise, he had to be there. When Audrey points out to him that they are soon out of coffee, Bart spontaneously replies that it is Louise who takes care of it before recovering herself and saying that she took care of it.

At the police station, Martin and Georges question Vanessa. They come back to the choice of Louise and Bart, but also to her conflicting relationship with Tristan. The cook explains that he lacks seriousness and lets his emotions overwhelm him. For her, however, he is incapable of killing and does not imagine it to be violent.

Then, they ask him if Tristan took care of serving the champagne to the guests during the wedding. At first, Vanessa doubts, but she remembers that he had to do it because of Arnaud’s incompetence, which for her is not necessarily proof against him. But she also remembers that he strangely insisted that they drink together and that she also have a glass of champagne while she was on duty. A detail that intrigues the two police officers.

Sébastien Perraud comes out of his office when a journalist hastens to ask him questions about the ongoing investigation. The prosecutor refuses to answer him, but he is surprised when he asks him if the arrested suspect is indeed Tristan Girard. The journalist continues to provoke Perraud, without result.

After his service at the Spoon, Bart returns home and comes across Aurélien and Mathilde who are looking for a dress for their mother. Quickly, they agree on a green dress that Bart had given her at the start of their relationship. Mathilde takes the opportunity to announce to her stepfather that she is going to settle in Greece with her brother and her father. Bart supports her and tells them that her door will always be open to them.

New elements incriminate Tristan. Georges arrives with the suspect’s computer and shows the commander his very dubious history, which he tried to erase three days earlier. Sites that talk about serial killers, research on how to obtain digitalis or even information on the tiger rose… When Nordine asks him if someone else could have done this research, Georges affirms that it is unlikely, especially since they were made at his home. The noose tightens on Tristan, which saddens Martin.

Perraud enters the interrogation room and confronts Tristan with his history. The prosecutor tries to make him confess, but he once again has good excuses for all these elements. He continues to proclaim his innocence, and Perraud can no longer bear it. He provokes him by telling him that he is a psychopath of the worst kind, worse than his brother. Hearing this sentence, Tristan gets up and grabs the prosecutor whom he presses against a wall. Martin separates them.

Roxane is not pregnant

At home, Roxane is holding a pregnancy test, she wants to know if IVF worked. The young woman is confident, she still hasn’t had her period and her chest hurts. Sara believes it too. She goes to take the test. Unfortunately, his result is negative.

Later, Roxane returns from the pharmacy with two more pregnancy tests, thinking the first one might be faulty. Sara thinks the opposite: obviously, she is not pregnant. Her companion refuses to be defeated and manages to convince her to do them.

At the hospital, Sara and Roxane are waiting for the results of a blood test. Samuel finds them with the report that he discovers at the same time as them. Unfortunately, the blood test is not conclusive and Samuel assures them that the result will not change. He tries to reassure them, their luck will be greater on the second attempt in four to six months. They will have to be patient.

Shortly after, they are discussing the wait for the next try. On her tablet, Roxane reads a medical article which explains that many women become pregnant naturally after failed IVF. Sara reminds her that for them, the natural way is not possible.

But Roxane has an idea: why shouldn’t she try home insemination when she’s in full ovulation? Although this idea is tempting, his girlfriend tells him that they cannot ask just anyone to be their donor and that there could be complications. For Roxane, this is debatable and it will be enough for them to be clear from the start. Convinced, they begin their search.

Outside the hospital, Noor confides in Victoire about the meal the night before with Cédric and his children. In the distance, she sees Nicolas, a new nurse, and hastens to greet him. When he leaves, Noor remarks to his girlfriend that he is very handsome, but Victoire hasn’t really paid attention.

However, the nurse warns her colleague about Samuel who could be jealous if he sees them talking together. Despite this warning, Noor tells the doctor that getting closer to the nurse could spice up her relationship with Samuel, but for Victoire it really isn’t necessary.

However, Victoire begins to discuss with Nicolas. She explains to him how the hospital works. The nurse points out that she has chocolate on her face and ends up taking it away. Suddenly, Samuel arrives and greets them. Victoire makes the introductions and the doctor welcomes her. As her boyfriend goes back to work, she asks him if everything is okay. He tells her that everything is fine, which annoys her greatly.

In the duty room, Victoire drinks a coffee and speaks again with Nicolas. When she sees Samuel about to enter the room, she sits very close to the nurse, which does not escape her partner. As he prepares to leave, Victoire wishes him a good evening and calls him my love in front of Nicolas? who understands that they are in a relationship. Thinking she has succeeded, Victoire also leaves.

In the corridors, Samuel comes across Nicolas. He asks him what he was doing with his girlfriend in the duty room. Upon entering the elevator, the doctor gets very raw with the nurse and asks him if he wants to sleep with his girlfriend. The tension is heavy, Samuel makes every effort to trap Nicolas, who insists on the fact that Victoire is not his type. Samuel replies that Victoire will never be interested in a poor guy like him. He steps out of the elevator looking satisfied.

Noor is surprised that Samuel believed in a rapprochement between Victoire and Nicolas. While the young nurse is the one who had suggested the idea to her, she does not understand why Victoire is trying to make Samuel jealous. The doctor admits to him doing it so that he shows her more affection, and she quickly clarified things with Nicolas. For her, this story will not go any further. When the two friends separate, Samuel comes out of hiding. Having heard the whole conversation, he smiled.