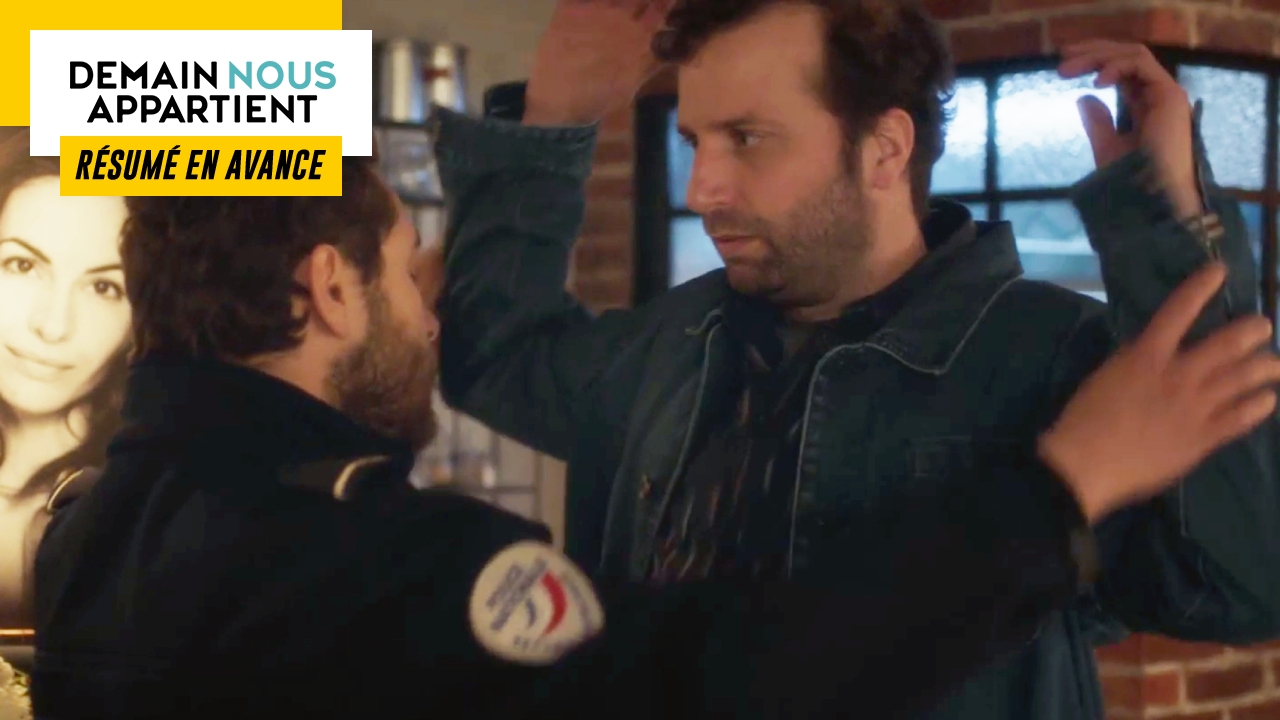 In the next episode of “Tomorrow belongs to us”… While a tribute is paid to Louise, Tristan is arrested by the police. At the same time, Manon begins her internship at the police station, and a dinner turns into a fiasco at the Lopez-Diallo’s.

Wednesday, May 18 in tomorrow belongs to us…

Damien confirms to Martin and the prosecutor Perraud that the toxicological analyzes of Arnaud Lesieur, found dead the day before in his car, confirm that he was indeed poisoned with digitalis by ingestion. And a tiger rosebud was found stuck in her throat. There is no doubt: he was killed by the copycat.

At the same time, Georges asks Vanessa if she’s really sure she wants to go to the Spoon today. The copycat is still running and he would rather know she was safe at home. But Vanessa wants to be present for the tribute to Louise. Louise and Bart accepted her as she was, they were always there for her. She has to be there, in memory of her boss. But she assures Georges that she will be careful.

Devastated by the death of his wife, Bart struggles to write a funeral speech. Anna advises her son to write as if he were addressing Louise directly. According to her, if Bart does not speak up, he will end up regretting it one day. At the same time, the young man receives an email from the travel agency about the surprise itinerary he had prepared for his honeymoon with Louise. He collapses in tears in his mother’s arms.

At the police station, the investigation is finally moving forward. By analyzing Arnaud Lesieur’s cell phone, Georges and his team discovered messages exchanged between Lesieur and his girlfriend just before his death. Shocked by the drama of the wedding, Arnaud Lesieur suspected Tristan of having put poison in Louise’s cup. He was explaining to his girlfriend that Tristan had pushed him away from the glasses of champagne a few minutes before the filling. And that he had then seen him hand a cup to Louise.

All of Louise’s relatives meet at the Spoon to attend the tribute that will be paid to her. Bart thanks Vanessa for having organized this vigil and confesses to her that Louise loved her very much. Bart then reads with emotion some messages left in the condolence book bought by Vanessa.

Tristant being now suspected of being the copycat, Martin tells Sébastien Perraud more about the ex-boss of Spoon. He tells her that Tristan is the brother of Sacha Girard, and that he had to face the latter’s imprisonment for murder, but also the taking of hostages which cost the life of Ulysse, and more recently of a painful separation.

For Perraud, that’s a lot for one man, but Martin has trouble imagining Tristan as a serial killer. However, for the prosecutor, the frustration of seeing others happy can quite upset someone. He asks Martin to call Tristan as soon as possible.

In the evening, Martin arrives with Nordine at the Spoon and asks Tristan to follow them. While searching their suspect, Nordine discovers tiger rose petals in a pocket of his jacket. Martin then immediately places Tristan under arrest for the murder of Louise. Bart can’t believe it.

Cédric announces to his children that he wishes to invite Noor to dinner at home that evening so that they can get to know her better. Lilian strongly opposes this and announces that he cannot be counted on. Angie, who seems less refractory than her brother and sister, takes the opportunity to ask permission to invite Nathan. This will be the occasion for official presentations with her boyfriend.

Later, Jahia discusses the situation with Lilian and Angie. She believes that it is because of Noor that their mother is in prison today. But Angie points out to him that their parents’ couple was already struggling before their father cheated on their mother with Noor.

In the evening, during dinner, the atmosphere is heavy and Jahia does nothing to fix things. After refusing to pass the lasagna dish to Noor, the teenager takes pleasure in reflecting on the age difference between her father and his new partner. Before mentioning his mother.

Out of it, Cédric asks his daughter to stop but nothing helps. Dinner is a fiasco. And Nathan’s good humor and good will can’t change that.

Before leaving, Noor confides in Jahia that she understood his message well, as well as that of Lilian who didn’t bother to come. She knows that the situation is difficult for them, but her father and her really love each other. They want their story to hold up over time. So it would be better for everyone to find common ground. Noor knows it will take time, but she believes in it.

After Noor leaves, Cédric thanks Nathan for his good humor and admits to him that it was a pleasure to meet him.

First day of internship for Manon at the police station

Today, Manon begins her internship at the police station, and Aurore is still determined to make this internship hell for her daughter. William points out to his wife that their daughter is tough, but Aurore is convinced she is even tougher. She’s not going to let go. Manon, for her part, is eager to discover the police profession and has not slept all night.

At the police station, Nordine follows Aurore’s instructions and gives Manon an unexciting task: sorting entire boxes of complaints filed by date of arrival, checking each address of the reports, and making an Excel table.

Once this first exercise is over, Manon goes to Roxane’s office to find out more about her work at the PTS. But Roxane has also been briefed by Aurore and she therefore does everything to give the impression that her missions are each more boring than the other. But Manon still finds it great to be able to follow people thanks to telephone staking or to be able to discover the secrets of criminals by hacking their phones. To bring down her excitement, Roxane then asks Manon to sort cables.

Later, the young woman, who is bored, confides to her mother that she has the impression that her colleagues are not delighted at the idea of ​​​​seeing her doing her internship here. Aurore pretends to be surprised and asks her daughter to tidy up her desk when she begs her to find something for her to do. To cheer him up, she adds that she will then ask Roxane to put her on CCTV footage. But she has no idea what Manon is up to.

At the end of the day, Manon visits Damien in his office and makes him believe that his mother speaks of him as being one of the best in his field. She adds that it was Aurore who suggested she come and talk to him, convinced that he would have a lot to teach her. Damien, who hasn’t been briefed by Aurore, is flattered by what he hears and agrees to take Manon on an internship at the PTS at the weekend. Manon announces the good news to her mother who struggles to hide her disappointment.