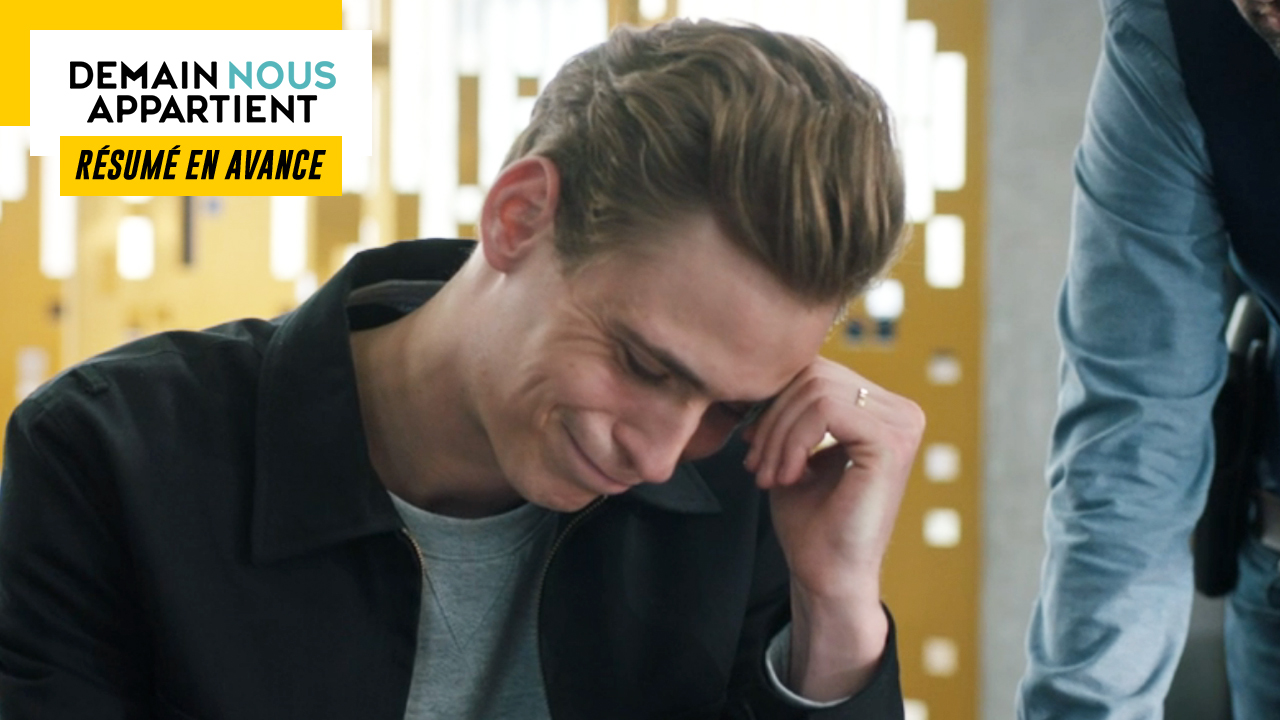 In the next episode of “Tomorrow belongs to us”… While Bart is devastated by the death of Louise, the copycat makes a new victim. At the same time, Nathan and Angie pass a milestone, and Brunet reveals his Machiavellian plan to the Morenos.

Tuesday, May 17 in tomorrow belongs to us…

After Louise, the copycat makes a new victim

Despite Anna’s support, Bart is devastated by Louise’s death. He feels that life no longer has meaning and refuses to hear that he will learn to live without it.

At the police station, George assures Martin that Gary’s alibis are solid. Louise’s ex therefore told the truth. Witnesses confirm that Gary arrived late to the wedding because he was on the phone outside. And he was in Marseille at the time of the murders of Violette Lenoir and Gaëlle Richet. In short, the copycat is still running wild and the police no longer have a suspect.

While taking stock of the investigation with Karim and Georges, Martin comes to the conclusion that the copycat can only be someone close to Bart or Louise. After all, it was necessary to be in the intimacy of the couple to know that Chloé would take care of the decoration of the marriage. So the copycat could be a wedding guest or someone who was on staff.

Martin encourages his men to go on the trail of a man fascinated by Mercier, who would have had contact with the serial killer for the past ten years, and who knew Louise. And as Bart could very well be the next victim, Martin asks that security be reinforced around the groom.

Anna, for her part, confides her concern about Bart to Chloe and Alex. Mathilde and Aurélien will soon be leaving for Greece with Gary, and Bart will find himself alone in his big house, with Louise’s memories. But Chloe assures her sister that Bart won’t be alone. They will all be there to support him. Anna then confesses that she is also afraid that the copycat will strike again and finish what he started with Bart and Chloe.

Sébastien Perraud, meanwhile, feels responsible for the recent events and the death of Louise. He confides in Raphaëlle that he should have seen the change in the killer’s modus operandi and should have listened to Martin. Aware that he no longer has the right to make mistakes, the prosecutor decides to take the case from the beginning in order to find out if a detail has escaped him.

At the Spoon, Audrey, Tristan and Vanessa are struggling to recover from Louise’s death. Tristan can’t imagine what Bart must be feeling. Vanessa, meanwhile, regrets her behavior with Louise in recent months. But Audrey points out to her that everything had worked out and that Louise considered her a pearl. Vanessa then suggests organizing a sort of vigil at the Spoon for Louise, in order to pay homage to her.

At the police station, Sara, Georges, and Karim ask Bart to take a look at the photos of the wedding that they have recovered from the cell phones of the guests. Maybe he will notice something or someone strange. Against all expectations, it is finally Georges who notices the suspicious presence of a man in one of the photos. A certain Arnaud who, according to Bart, had been hired as an extra by Vanessa. Bart remembers Vanessa constantly butting heads with him on the wedding day because she thought he was incompetent.

After questioning the boss of the brasserie where he works, Sara discovers that Arnaud Lesieur has indeed provided the lunch service but that he has not returned for the evening service. And Arnand is not at home. Thanks to Georges, who tracked his phone signal, Karim and Sara end up finding Lesieur: he is sitting at the wheel of his car, dead, his arms placed in a sign of the cross. Like the killer’s previous victims.

Victor Brunet reveals his Machiavellian plan to the Morenos

Faced with Brunet’s blackmail, the Morenos no longer know what to do. Before giving in to panic, Charlie advises them to consult a lawyer to find out what they are really risking for the theft of the gold bar.

At the hospital, Victor Brunet is in a very good mood and takes pleasure in playing with Christelle. Exasperated, she ends up exploding and asking Brunet to stop his cinema: she knows very well that it is he who is blackmailing them. Victor does not deny and assures that he will not hesitate to use the strong way to make them give in.

Back home, Sylvain has good news for Christelle: he has checked with a lawyer and, legally, if someone denounces them, the theft of the ingot would be qualified as simple theft. They would therefore only have the bullion to reimburse and a fine to pay. With at worst a little suspended prison sentence. But with a good lawyer, they would risk almost nothing. Christine is relieved.

Brunet, for his part, is happy with himself and confides to Sophie Novak that he will soon recover his house, his capital, and his prestige. But Sophie explains to him that the Morenos have surely understood that they do not have much for the theft of the ingot. A reality that does not worry Victor in the least, who assures Sophie that he has other means of pressure to make the Morenos give in.

Later, Victor goes to the Moreno’s, and Sylvain assures him that he and his wife do not intend to give in to his blackmail. Justice does not scare them. But Victor reveals his plan to them: he wants to denounce them to the media and their relatives. Everyone will then know that they made a fortune by taking advantage of a hostage situation.

Sylvain gets angry with Brunet and calls him rotten, but Victor points out to him that, unlike him, he did not profit from the death of Ulysse Rivière. He promises the Morenos a scandal that will follow them all their lives. And adds that he also intends to recover his house. Before announcing to Sylvain and Christelle that he is only leaving them a few days to reflect.

Angie and Nathan make love for the first time

Nathan announces to Angie that one of his friends, Mehdi, is organizing a party in Montpellier this Saturday. And he even managed to negotiate a room in the house. This would therefore be an opportunity for them to finally spend the night together and to cross the line since Angie is now taking the pill. But Angie isn’t thrilled and doesn’t seem to see things the same way. She then admits to her boyfriend that she is a little lost at the moment. Since taking the pill, her chest hurts and she’s always in a bad mood.

Angie later goes to the hospital hoping she can talk to Dr. Chardeau between appointments, but Noor tells her he’s away. Fortunately, the young nurse is there to reassure Angie. She explains to him that chest pain is a common side effect of the pill and that the dosage of the pill may need to be adjusted or changed to adjust for the mood swings she is experiencing. But Noor insists: Dr. Chardeau will be better able to answer Angie’s questions.

At the same time, Nathan confides in Charlie. He feels like Angie doesn’t want to sleep with him anymore. Charlie tries to reassure him: she explains to Nathan that it’s not always easy to take the leap before his first time. While he seems defeatist, Nathan receives an SMS from Angie offering to join her at home, where they will be alone. Nathan is delighted, but Charlie still advises him to be patient in case Angie changes her mind again at the last moment.

Angie is now sure of herself: she wants to take the leap with Nathan. In Angie’s room, the two teenagers end up making love. Once their antics are over, Nathan is afraid of not having assured. But his girlfriend makes him understand that they will be able to start over as many times as they want.