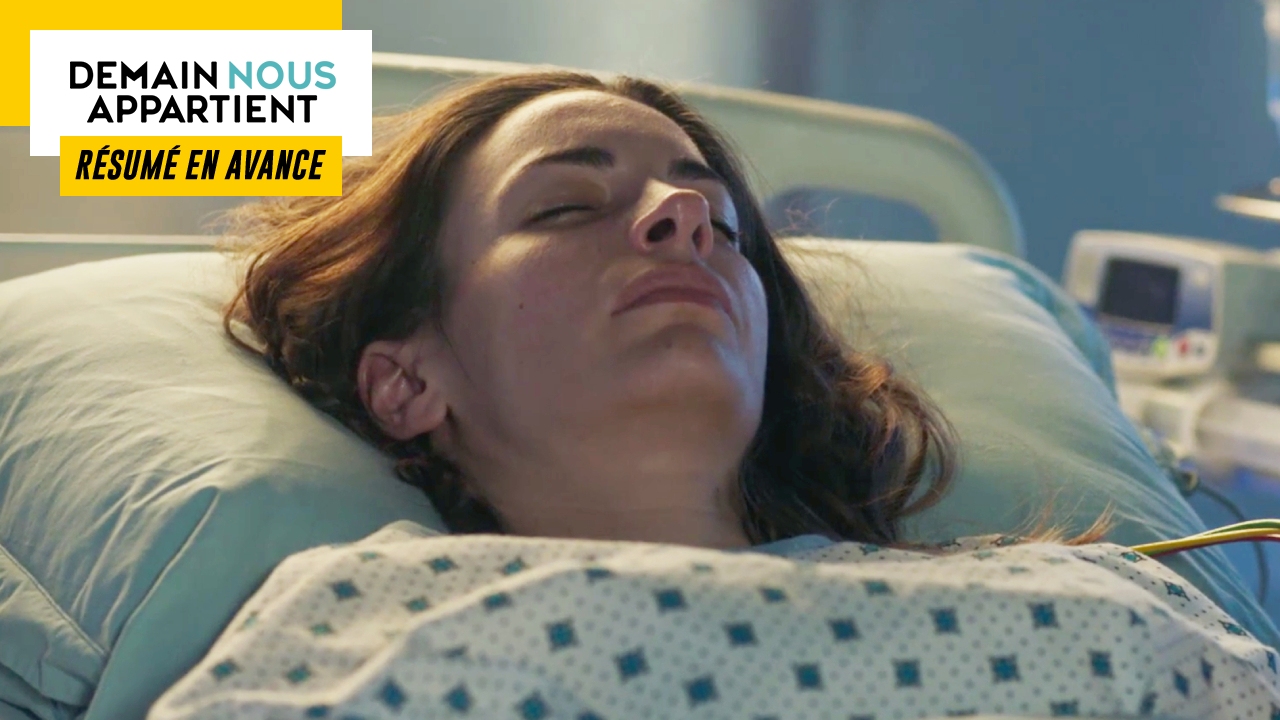 In the next episode of “Tomorrow belongs to us”… While Bart faces a tragedy, an argument breaks out between Raphaëlle and Camille. At the same time, Samuel and Victoire find common ground.

Monday, May 16 in tomorrow belongs to us…

Although Louise was taken care of quickly and transported to the hospital without delay, there were complications during her resuscitation and the young woman is between life and death. According to Marianne, her vital prognosis is engaged.

At the estate where the wedding took place, Damien announces to Martin and Sébastien Perraud that traces of digitalis have been found in one of the champagne glasses. Louise was therefore poisoned. Mercier being dead, prosecutor Perraud comes to the conclusion that they are dealing with a copycat, who has surely already killed Gaëlle Richet and the florist. According to him, Mercier came to Sète to compete with his disciple, hence his new modus operandi with a syringe.

At the police station, Chloé explains to Martin and Sébastien Perraud that she saw Louise arguing with Gary, her ex-husband, a few minutes before Bart discovered her in the estate’s garden. They were arguing about marriage. Louise did not understand how Gary could make a declaration of love to her a few hours after she had said “yes” to Bart. Their altercation was quite violent according to Chloe.

For their part, Aurélien and Mathilde do not understand how their mother could have been poisoned. Mathilde hypothesizes that Mercier may have had an accomplice. Karim interrupts them to ask them a few questions. The two teenagers assure that they did not notice anything abnormal during the marriage.

Karim then questions them about Gary. Aurélien explains that he took a plane the day before from Athens to join his father who had already been in France, in Marseilles, for several days to buy a new boat. They then traveled together to Sète.

Gary is not long in being questioned by Georges and the prosecutor Perraud. He explains to them that he had planned to come to Marseille to buy a boat and that he took advantage of Louise’s marriage to bring forward the date of the meeting by a week. He then admits having argued with Louise the night of the wedding. And explains that he could not bear to see his ex-wife in her wedding dress, happy with another man. And that he confessed his feelings to Louise, which did not please the latter. But he swears he didn’t hurt her.

Georges asks Gary not to leave Sète and to remain reachable. Could the father of Aurélien and Mathilde have been inspired by the crimes of Mercier? Perraud does not want to rule out any lead.

Gary joins his children in the hospital, and Bart, who can’t bear to see him here, confronts him. Mathilde stands up for her father, convinced that he couldn’t have hurt her mother. But Bart doesn’t want to hear anything and accuses Gary of having wanted to kill Louise because he couldn’t bear to see her happy. As they prepare to fight, Marianne interrupts them and asks Bart to follow her without delay.

In Louise’s hospital room, William explains to Bart that his wife’s condition has deteriorated rapidly. Treatment with neutralizing antibodies did not have the expected effects. Marianne then announces to her grandson that it is over. There’s no point in trying too hard, Louise’s heart is too weak.

Now alone with Louise, Bart is inconsolable. He takes his wife’s hand and begs her not to leave him. But Louise’s heart eventually stops beating. The young woman has just died. Bart collapses in sadness.

Raphaëlle keeps thinking about what Stanislas told her about Dorian. She refuses to see her daughter suffer but does not know how to tell her the truth. To get him away from Dorian, she then makes Camille believe that she no longer wants Dorian to sleep at home. Adding that they are too young to spend the night together and that she wants Camille to focus on her revisions for the French baccalaureate.

In high school, Camille expresses her anger and incomprehension to Dorian who hypothesizes that Sébastien, her grandfather, is behind all this. After all, he is known for his strict side, and recently disapproved of the relationship between Raphaëlle and Stanislas. Camille then decides to confront her grandfather. Sébastien assures that he did not speak about Dorian with Raphaëlle. But he still agrees with her: Camille is too young to sleep with her boyfriend.

Later, Stanislas tries to comfort Camille and makes her believe that he does not agree with his mother at all and that he tried in vain to make her change her mind. He assures that he finds Dorian great and that he has no problem sleeping with her.

Stanislas then questions Camille about Dorian’s parents, and the teenager explains to him that they have no problem seeing her sometimes spend the night with their son. Camille then understands that her mother’s companion half-heartedly suggests that she go and sleep on her boyfriend’s parents’ boat.

In the evening, Raphaëlle and Stanislas meet Camille in front of the house. The teenager announces to her mother that she is going to sleep with Dorian, which obviously does not suit Raphaëlle. Camille points out to her that Dorian’s parents are not old fashioned like her. Raphaëlle asks her daughter to speak to her differently but Camille does as she pleases and leaves.

Stanislas, who witnessed the scene, admits that Camille went too far and that the way she spoke to Raphaëlle was borderline. But he advises his partner not to pick up her daughter from the Curtis, suggesting instead to think things through and set limits for Camille in the future.

Samuel brings breakfast in bed to Victoire and apologizes for her attitude the night before. He admits he behaved like an idiot. After having flattered his partner so that she agrees to forgive him, Samuel proposes to Victoire to exchange roles for an evening. He would thus in turn become his slave. An idea that appeals to the young doctor who does not want to wait and asks Samuel to undress. The opportunity for the two lovebirds to reconcile under the duvet.

By dint of having taken the lead, Victoire and Samuel end up eating a sandwich in the rest room of the hospital, under the amused gaze of William. In the evening, once at home, the two lovers come to the conclusion that they are not made to be a “gnangnan” couple and that they should not crash to please each other. Finally on the same wavelength, they are reconciled.