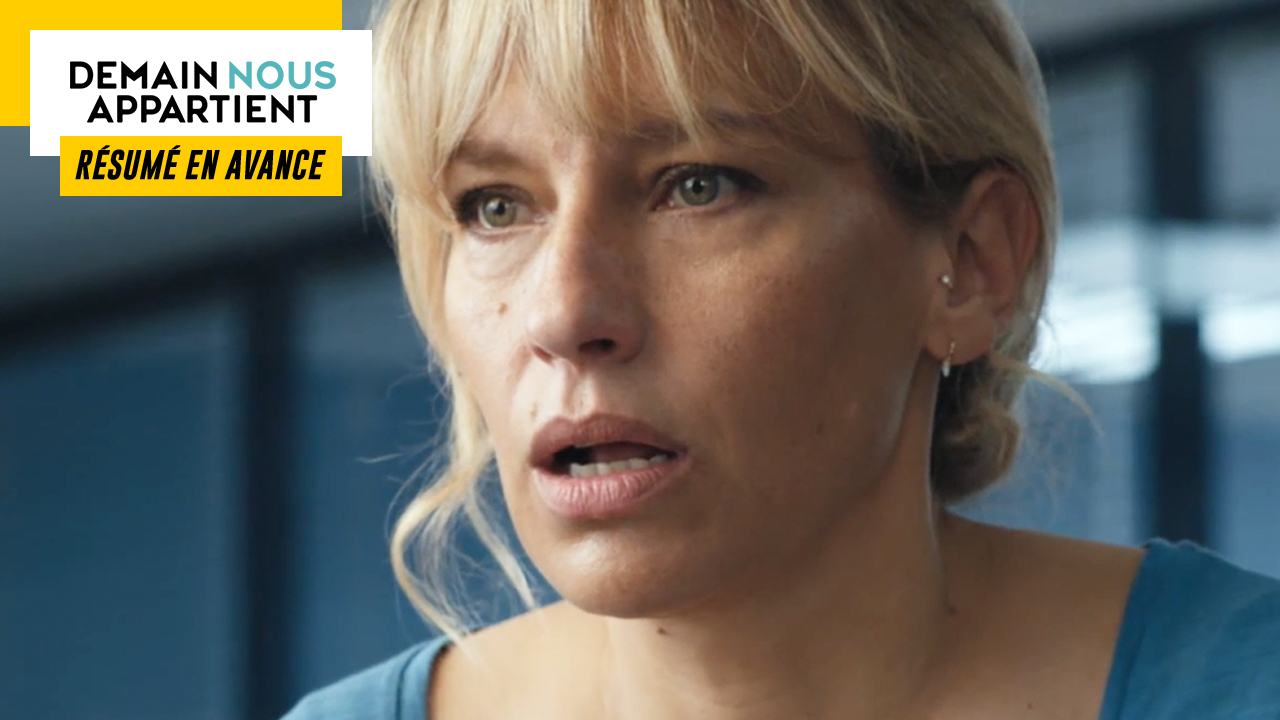 In the next episode of “Tomorrow belongs to us”… While Chloé helps the police to arrest the murderer, Sarah projects herself far too much. Victoire makes an interesting discovery.

Monday, May 9 in tomorrow belongs to us…

The police were dispatched to the Delcourts. According to the first results, the wine that Chloé was about to drink was indeed poisoned. She could therefore have died in a few minutes like the florist and the pastry chef. Fortunately, her husband dissuaded her from drinking it before it was too late.

Shortly after, Commander Constant tells him that they have found unusable prints in the veranda and found a tiger rosebud on the spot. The signature of the serial killer. Chloe then realizes that the murderer was at her house and that he was waiting for her to die.

Without waiting, Martin informs prosecutor Perraud of the situation. Ten years ago, a wedding photographer also narrowly escaped Mercier’s first attempt. Unfortunately, he didn’t stop there and ended up killing her the next day. While Martin wants to put Chloé under protection, Sébastien wants to use the mother as bait.

The prosecutor therefore summons Chloe and Alex to his office to explain his plan to them. Mercier being a proud person, Sébastien would like to provoke him by doing an interview with Chloé in the local press to push him to react the same evening. Then they’ll trick her into believing that the headmistress has a last-minute high school meeting to step in at that time. If Alex categorically refuses that his wife take so many risks, the latter ends up accepting because she would live very badly if the murderer killed someone else.

On leaving the court, Chloé is interviewed by a journalist from the Infos du Midi and explains that she is the new target of a seriously ill person whom she hopes to see quickly behind bars. For his part, Mercier watches Chloé’s interview and immediately hits the road.

Meanwhile, Louise and Bart seriously consider postponing their wedding, but for Vanessa, their love should be stronger than anything. When Bart replies that that is not the question, Vanessa, who seems quite disturbed, loses her temper before immediately apologizing. After admitting that she was probably way too invested in their marriage, Vanessa declares that the decision is theirs and that she shouldn’t interfere.

Raphaëlle has learned about her father’s plan. Furious, she tries to make him come to his senses and accuses him of putting his friend in danger out of pride. And to add that he behaves like a moron to have a clear conscience. Raphaëlle warns him, if anything happens to Chloé, she will never forgive her.

Not far from there, Aurore equips Chloé with a headset and a microphone to follow her and ensure her safety. At the end of the pedagogical meeting, Chloe is walking down the street to reach her car when a black silhouette begins to follow her. Aurore then intervenes and challenges the individual. But by removing her hood, the policewoman seems surprised by the identity of the person.

SARA PROJECTS MUCH TOO MUCH

Roxane and Nordine are back from Barcelona to Sara’s delight. Shortly after, they warmly thank Nordine for having been there for them and then he goes to the police station to work. On the spot, Martin says he is very proud that his son was present for his friends. As he gets to know him, he finds he has an unexpected maturity that he likes a lot. Although he regrets not having been there for him since birth, Martin says he is lucky to be able to make up for lost time today.

Meanwhile, Sara confides in Aurore that she is certain that she will soon become a mother. Indeed, the Barcelona doctors managed to collect ten oocytes and perform in vitro fertilization. As two embryos took, she is convinced that it worked. Sara and Roxane will therefore take an early pregnancy test within 8 days. Aurore then crosses her fingers for them.

When she comes home, Sara projects herself far too much and already imagines herself to be a mother in February of next year. Her attitude beginning to worry Roxane, Sara asks her forgiveness for having put pressure on her and promises not to talk about it again for a whole week.

Victoire leaves her apartment to move in with Samuel and he therefore meets Mona who is quick to give him some advice for this new life together: loyalty, respect or never forget to lift the toilet seat. before urinating.

Wanting to store her things at Samuel’s, Victoire discovers that her companion has a dressing room as full as that of an influencer. She then decides to store her clothes in the closets of the guest room. While searching, Victoire makes a rather interesting discovery. Indeed, she comes across a white box with a duck-shaped sex toy inside. And as much to say that the couple has some ideas to have fun with.