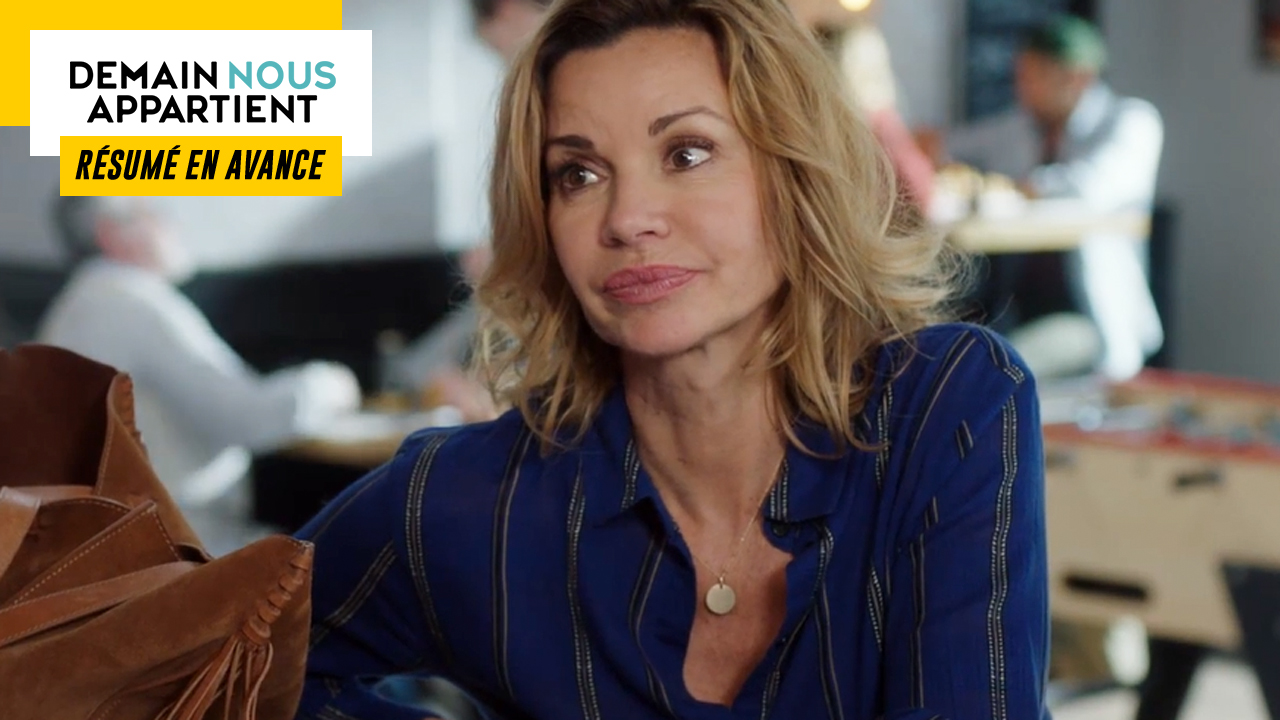 In the next episode of “Tomorrow belongs to us”… While Chloé is in the sights of the tiger rose killer, Samuel proposes to Victoire. At the same time, Victor learns the truth about the Moreno fortune.

Friday, May 6 in tomorrow belongs to us…

CHLOÉ IS IN THE SIGHTS OF THE TIGER ROSE KILLER

At the station, prosecutor Perraud briefs the teams on Loïc Mercier, the tiger rose killer and presumed assassin of Violette Lenoir and Gaëlle Richet. Ten years ago, Sébastien investigated a case in the Paris region in which six people had been killed. All poisoned with digitalis with a tiger rose found in the throat. Like all these victims, Violette and Gaëlle also had a link with the world of marriage.

A few years earlier, in 2012, Loïc Mercier was preparing to marry the woman of his life, but on the day of the ceremony, she did not show up at the town hall, preferring to leave with her lover. Since that day, Loïc Mercier has had a visceral hatred for the institution of marriage. Despite overwhelming evidence, however, he never went to prison due to a procedural flaw. As Captain Jacob wonders why the killer came to Sète, Sébastien replies that he is certainly doing all this to taunt him. It must be said that at the time, the prosecutor did everything possible to put him behind bars. The tiger rose killer would therefore have come to the little Venice of Languedoc to settle accounts with him.

For her part, Chloé has the impression of living the same nightmare as with Marc Véry, the famous wedding ring killer. A feeling shared by Bart who hesitates to postpone the wedding. If she is touched by the death of these two women, Louise does not want to give in to panic and that a patient terrorizes them to the point of preventing them from living.

At the police station, Georges contacted the distributor of the tiger rose in France. And good news, only two florists sell it in the region. One in Béziers and the other in Montpellier. While the first florist has been closed for three weeks for work, the second sold a bouquet of ten roses the day before Violette died. Unfortunately, neither the boss nor the employee could identify Loïc Mercier.

Meanwhile, Bart is trying on his suit for the wedding. While she finds her son beautiful, Anna notices that he is not well. Stressed by everything that is happening at the moment, the young man is not sure that this is the right time to get married. Anna therefore enjoins him not to ask questions and to go for it. During the discussion, Bart reveals that he is ready to become a father and that he wants to start a family with Louise. But he can’t find the right time to talk to her about it. Happy, Anna pushes him to have a talk with her as soon as he can.

At the same time, the killer prepares to strike again and prepares a new rosebud.

Not far from there, Raphaëlle is worried about her father and begs him to take it easy. Indeed, this case had deeply upset Sébastien at the time and Raphaëlle remembers that he was always on edge at that time. This is why she advises him to distance himself and above all not to make it a personal matter. However, Sébastien is convinced that Mercier has returned to Sète to taunt him and wants to corner him as soon as possible. He then swears to his daughter to make him pay.

Later, Sara managed to retrace the career of Loïc Mercier over the past ten years. According to his research, he has moved a dozen times and his last address was in Quimper. In addition, the police found his vehicle abandoned on the outskirts of Montpellier a few days earlier. There is no longer any doubt that Mercier is the man they are looking for. Insofar as he could strike at any time, Sébastien summons his teams to grab him as quickly as possible.

Several kilometers away, Chloe calls her husband and thanks him for the carafe of wine she found in the living room. However, Alex does not understand what she is talking about. Chloe then pours herself a glass and gets ready to drink it…

Samuel and Victoire have breakfast in bed. Wishing to organize a romantic getaway to Venice, the doctor sets out to find the best hotel in town. While he consults the ads on the internet, Victoire gets up and prepares to go to work. While looking for hand cream in her companion’s belongings, she accidentally discovers a red velvet box. Even if she does not open it, Victoire understands despite everything that Samuel intends to ask her to marry him. And given the expression on her face, the young woman seems far from being delighted by this idea.

Panicked, Victoire later confides in Noor. Indeed, she is certain that her companion will ask her to marry him. However, Victoire has no desire. Although she is very much in love, she wishes to keep her independence.

For his part, Samuel is particularly anxious. Indeed, the doctor intends to make his request to Victoire and fears that the latter will refuse. Impressed to see his friend get involved so quickly and be so romantic, William encourages him to go for it.

At the end of the day, Samuel pulled out all the stops for a romantic evening one-on-one with Victoire. Panicked, she ends up telling him that marriage is not his thing. Samuel then starts to laugh and asks him despite everything to open the box. Inside is actually the double of the keys to his house. He then kneels down to ask her to live with him. Victoire, who is relieved, accepts with great pleasure before kissing him.

VICTOR LEARNS THE TRUTH ABOUT THE MORENO FORTUNE

Christelle fell in love with Podolski’s painting, a canvas worth 160,000 euros that she wishes to acquire. The problem is that Sylvain wants to invest this sum in a pied-à-terre in Paris for their children. Afraid of missing out on a good deal, Christelle managed to convince her husband to come and see the painting at the gallery. If Sylvain finds no charm at work, he nevertheless says he is ready to put up with it to please her. But when he learns that it was Victor who put it on, he finally backtracks and then refuses to hang a painting in his living room that appeals to this crook.

Disappointed, Christelle joins Brunet at the Spoon. After drinking a bottle of wine, the social worker indulges in some confidences and reveals to the former businessman that they have become rich thanks to a gold ingot stolen during the hostage taking.