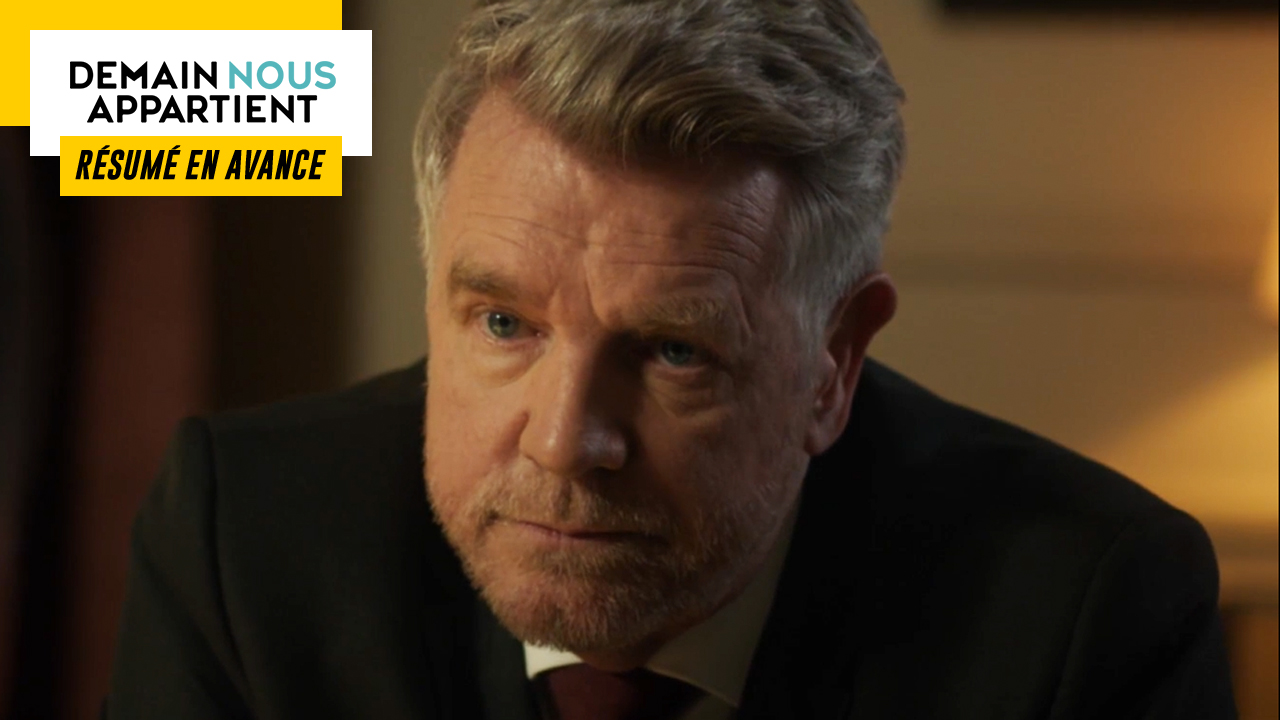 In the next episode of “Tomorrow belongs to us”… While prosecutor Perraud knows the identity of the killer, Anna can count on Karim’s support. At the same time, Brigitte gives Régis a second chance.

Thursday, May 5 in tomorrow belongs to us…

PROSECUTOR PERRAUD KNOWS THE IDENTITY OF THE KILLER

In the morning, Bart meets Tristan in the streets of the city. The young man then takes the opportunity to apologize to him for Vanessa’s attitude but Tristan does not hold it against him, especially since he knows the chef’s character well. During the discussion, Tristan tells her that he now works with Gaëlle and also confides that he had a beginning of history with her but that she unfortunately put a huge stop to him. Subsequently, Tristan and Bart head to the pastry shop. There, they discover Gaëlle’s lifeless body behind the counter. Without waiting, Bart calls for help.

Shortly after, the police carried out the first surveys. Gaëlle’s body would have been manipulated post-mortem to be put in a position identical to that of Violette Lenoir. Furthermore, the victim showed no signs of a struggle or a blow. As there is a good chance that Gaëlle was also poisoned with digitalis, Martin realizes that they are dealing with a serial killer.

Martin then questions Tristan about the nature of his relationship with the victim. In shock, he specifies that Gaëlle was a longtime friend and is careful not to tell her that they had a brief romance. An attitude that surprises Bart.

For his part, prosecutor Perraud returns to the crime scene of Violette Lenoir. While searching the premises, Sébastien discovers a mysterious flower hidden behind a trash can which seems to put him on a serious track. Immediately, he contacted the archives service of the Parquet of Versailles and asked that the file of Loïc Mercier be transferred to him.

Not far from there, Bart confides in Louise that Tristan lied to the police about his relationship with Gaëlle. As her future husband is suspicious, Louise makes him understand that in her place she too would not want to talk about her love affairs to the police, especially if this does not help the investigation progress.

At the police station, Damien tells Georges that the medical examiner has found a rosebud stuck in Gaëlle’s trachea. According to his research, it would be a tiger rosebud, a very rare species. If it looks like a signature, the medical examiner did not find any on Violette’s body. When Georges wonders if the murderer could have integrated a new element into his ritual, Damien replies that he doesn’t think so since in general serial killers are very attached to this. As it is probable that something has escaped them, Georges instructs his colleague to continue his research on this rose.

Meanwhile, Sébastien summons Commander Constant and shows him the tiger rose bud he discovered in Violette Lenoir’s workshop. But that’s not all, Sébastien also tells him that the two victims had one thing in common: they were in charge of marriage in their business. This is not the first time that a murderer has attacked marriage professionals. It was even the obsession of a murderer whom Sébastien knew well ten years ago in Paris. Prosecutor Perraud therefore thinks that Loïc Mercier, better known as the tiger rose killer, has started killing again.

ANNA CAN COUNT ON THE SUPPORT OF KARIM

Anna is gradually recovering from her operation. However, Dr. Chardeau would like his patient to benefit from psychological follow-up. Annoyed, Anna comes to regret not having listened to her companion at the time. If they had had a child when Karim asked him to, they wouldn’t be here today. Karim then shows unfailing support. After begging her to stop thinking about all this, he kisses her and then tells her how much he loves her.

Leaving the hospital, Karim and Anna meet Sara and Roxane who have come to collect the file for IVF. Even though she’s not well, that doesn’t stop Anna from genuinely rejoicing for them.

To cheer Anna up, Karim has prepared a little surprise for her on the beach. Indeed, the policeman has installed a living room and some light garlands for a romantic dinner under the stars. After raising his glass to the woman of his life, Karim turns on the music to dance a slow dance with her. As night falls, Anna takes advantage of this tete-a-tete to tell Karim that she finally feels ready to have a baby with him. The latter then declares that he loves her and that all that matters today is that they are together.

Pierre didn’t really appreciate that Régis showed up unexpectedly. That’s why he attacks his daughter and his son-in-law early in the morning for this joke in bad taste. Manon ends up confessing to them that it was she who called Régis. If she loves her two grandfathers, the young woman remains convinced despite everything that her grandmother is still in love with her husband. Understanding that his granddaughter has trouble accepting the separation from her grandparents, Pierre tries to explain to her that Brigitte was really unhappy in her marriage.

Although she understands that her father wants to start a new life, Aurore nevertheless points out to her that he could have chosen someone else. Indeed, William and Aurore reproach him for not having thought that this relationship could create problems within their family. As the tone rises, Manon wonders if she did something stupid by bringing Régis back. William then assures us not and believes on the contrary that this will force Brigitte to face up to her responsibilities.

Meanwhile, Regis tells his wife that he’s ready to change to make things work out between them when Pierre knocks on the door. When Brigitte invites her lover to leave, Régis, who is very upset, decides to confront his rival. As the tone rises, Régis grabs Pierre firmly by the collar and urges him to get the hell out. Unfortunately, Aurore’s father feels unwell and collapses.

Informed by his parents, William examines his stepfather. Certain that he had a vagal illness, the doctor advised him to stay here a little longer to rest. Once alone, Brigitte and Pierre decide to put an end to this marvelous interlude. After having confided that it was going to take him a little time to forget her, Pierre affirms that he will always be there for her if she were to dream of freedom again. Pierre and Brigitte then exchange a last kiss before resuming their respective lives.

At the end of the day, William and Bénédicte load their parents’ car, which is about to leave Sète. Indeed, the couple decided to give themselves a second chance. To do this, they plan to treat themselves to a trip to California and thus enjoy their retirement. Before leaving, Régis thanks his granddaughter for allowing him to save his marriage.