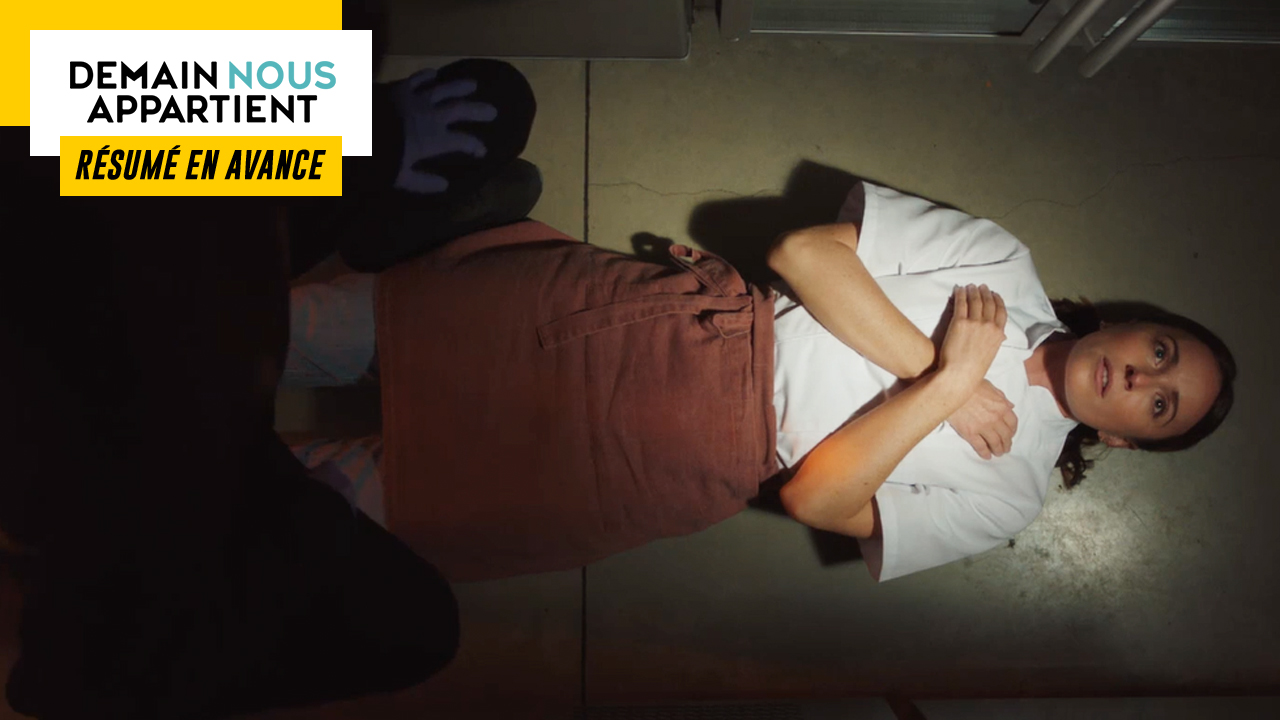 In the next episode of “Tomorrow belongs to us”… While the killer makes a new victim, Régis arrives in Sète. Roxane receives an unexpected proposal.

Wednesday, May 4 in tomorrow belongs to us…

THE KILLER MAKES A NEW VICTIM

At the police station, Damien received the toxicological analyzes from Violette Leroy. The results are formal, the cardiac arrest of the deceased is anything but natural and Violette was poisoned with digitalis, a cardiotonic glycoside extracted from digitalis purple, a plant from the region. By taking some samples in the shop of the deceased, Damien noted traces of the poison on his water bottle. The murderer was therefore a relative or a client. If Georges immediately thinks of Violette’s ex, Damien does not believe it for a second. Carl being a violent man, he does not see him killing his companion in this way.

Meanwhile, Karim questions Carl who claims he didn’t kill the florist. While Karim reminds him that his DNA was found under the fingernails of the victim, Carl admits to having gone into the shop to convince Violette to give their couple a second chance. Wanting to take her in her arms, she slapped him. If Carl admits to having responded by slapping her in turn, he swears however that it did not go further. Despite the elements that incriminate him, Carl claims his innocence.

Not far from there, Tristan takes advantage of a moment of calm at the store to kiss Gaëlle who pushes him away once again. Indeed, she has thought about it well and does not want to mix personal and professional. That’s why she decides to put an end to their story.

At the Spoon, Chloe shows Louise the glasses she unearthed for her wedding. Even if she finds them very pretty, Louise specifies that she had chosen the same ones for her first marriage. As her ex-husband will be present at the ceremony, she prefers to avoid any discomfort.

At the same time, Gaëlle is working on a show when she hears noise in her shop.

A stone’s throw away, Martin meets the prosecutor Perraud to give him Violette Lenoir’s file. All pointing to femicide, Carl was referred. When he learns that the victim died due to severe digitalis, Sébastien changes his face and begins to read the file carefully.

At nightfall, the serial killer has just committed a new crime. His new victim? Gaelle!

A few hours after discovering Pierre and Brigitte’s affair, William and Aurore are still in shock. For the policewoman, it is obvious that it was Brigitte who turned on her father, but William thinks quite the opposite. While the couple is bickering, Pierre arrives at the Daunier’s with breakfast. Only, Aurore and William pretend that they are not hungry and then take to their heels.

Realizing that they have been unmasked, Pierre hastens to go to Brigitte to keep her informed. Since they now want to come to terms with their story, the lovers decide to organize a dinner with their children to tell them the good news.

At the same time, Régis arrives in Sète. Once they have explained the situation to her, Manon and Dorian encourage their grandfather to fight to win back Brigitte’s heart. The latter being the woman of his life, Régis intends to take action before it is too late.

In the evening, the whole family gathers for dinner. Just as Pierre and Brigitte are about to make their announcement, Régis bursts in with his granddaughter. For her part, Manon is rather proud of her shot and says that she is happy that the whole family is finally reunited.

Sara and Roxane must go to Barcelona in the week to do their first IVF. As it’s a trip they can’t postpone, Martin validates their leave despite the ongoing investigation.

However, Sara faces a dilemma. Although she wants to accompany her wife to Spain, she also wants to help her colleagues catch Violette’s killer. Knowing that this investigation is particularly close to her heart, Roxane therefore offers to go alone to Barcelona but Sara refuses. Hearing them discuss, Nordine then offers to accompany Roxane, which they accept.

At the end of the day, Nordine arrives at Sara and Roxane’s with her belongings. Indeed, the young man was depressed thinking of Sophie and needed to clear his mind with his friends. When Sara asks her colleague to take good care of his wife, Nordine promises to watch over her like her sister.