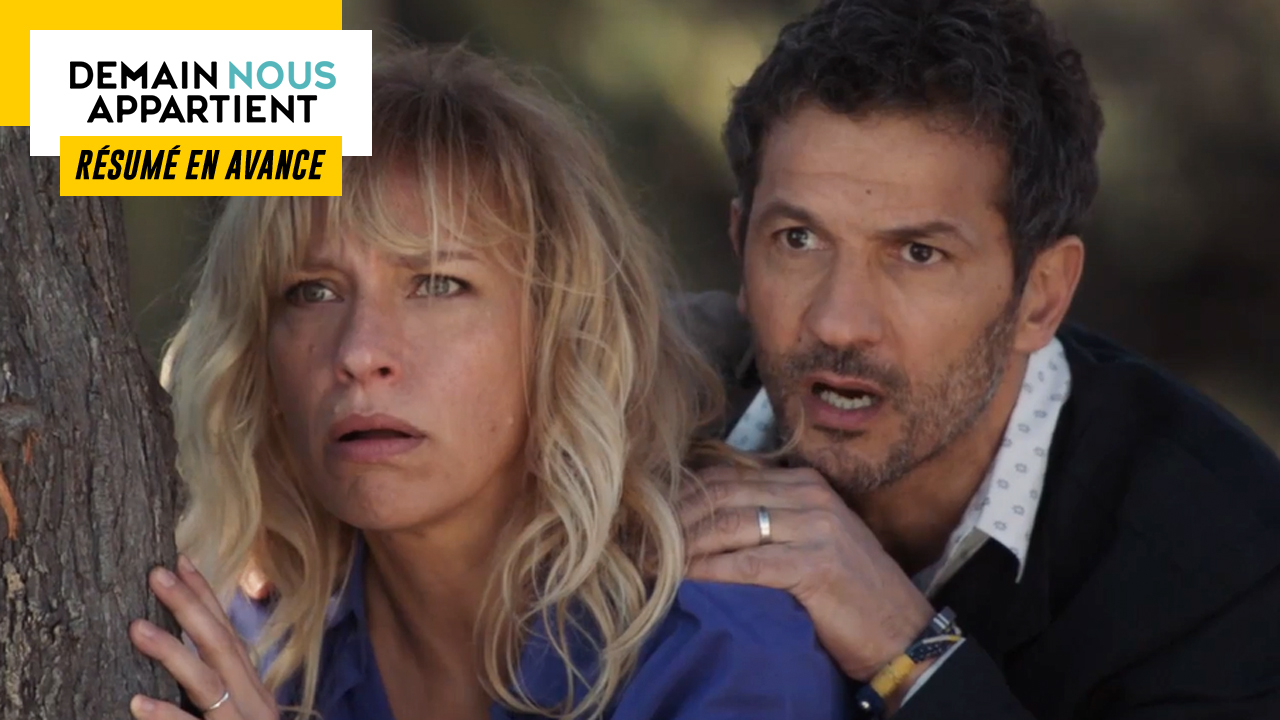 In the next episode of “Tomorrow belongs to us”… While a serial killer is rampant in Sète, Aurore and William discover the identity of Brigitte’s lover. Victor plays the art dealers.

Tuesday, May 3 in tomorrow belongs to us…

A SERIAL KILLER RIDES IN SÈTE

Violette, the town florist, was found dead in her shop. Dispatched to the scene, the scientific police carried out the various surveys. According to initial findings, Violette’s body was manipulated post-mortem. According to Damien, the young woman was murdered and the murderer wanted the police to find her in this position. Georges hopes to know more after the autopsy. For her part, Sara is a little shaken. Indeed, the policewoman knew a little Violette since her mother and she were friends.

Meanwhile, Alex is still upset. As soon as he closes his eyes, he thinks of Violette. Chloé is also in shock, especially since she has been seeing the florist a lot lately for Bart’s wedding. If she struggles to understand what happened, Alex believes that Violette was killed because she was not in a natural position when he found her. The more he thinks about it, the more he is convinced that he heard a noise when he entered the shop. He could therefore have come face to face with the assassin.

At the police station, Martin questions Béatrice who says that she has always felt that Violette’s boyfriend mistreated her. A month ago, Béatrice was at Violette’s shop when her former companion arrived. Violette then did everything to keep her with her. Having experienced other situations of this kind, it was very clear to Beatrice that Violette did not want to be alone with him. Although she then tried to broach the subject several times, Violette always shut herself up in silence as if she were ashamed.

Later, Damien gives Martin the first results of the autopsy. According to the coroner, the victim died of cardiac arrest even though she was in perfect health. When Commander Constant asks if we could have caused his cardiac arrest, Damien replies that he would not be surprised to discover toxic substances in his blood. In addition, a hematoma appeared post-mortem on her face, which suggests that someone would have hit her before poisoning her and then staging her corpse.

Not far from there, Chloé goes to the Spoon to submit some ideas to Bart and Louise for their wedding. The couple then offers Vanessa to join them but the latter, who is still turned upside down by Violette’s death, doesn’t really mind it.

For his part, Tristan is particularly in a good mood, especially since he spent the weekend with Gaëlle. However, when he approaches to kiss her, she recoils because she doesn’t like to put on a show in her shop. Subsequently, Gaëlle receives a notification on her phone and learns that Violette has been murdered. As she finds this quite terrifying, Tristan tries to reassure her.

At the same time, Damien informs Martin and Sara that DNA has been found on Violette’s body. Unsurprisingly, it is that of Carl, the former boyfriend of the deceased. Known to the police for acts of violence, Sara and Karim leave to question him. Faced with Carl’s misogynistic remarks, the policewoman loses her temper and knocks him to the ground. After handcuffing him, she takes him to the station.

A stone’s throw away, the murderer is about to take action again. Using pliers, he seizes a rose that seems to have been bathed in digitalis.

AURORE AND WILLIAM DISCOVER THE IDENTITY OF BRIGITTE’S LOVER

Pierre and Brigitte never leave each other and have spent the night at the hotel. For their part, Bénédicte and William are worried since it is already 11 o’clock and their mother has still not returned. While they imagine that Brigitte’s lover is a con man, Dorian declares that there is no reason to worry. Understanding that the young man knows something, William and Bénédicte try to pull the worms out of him but without success. Just after, Brigitte arrives and ends the conversation by saying that she has a lover.

Determined to discover the identity of this mysterious individual, Aurore and William lead the investigation and discover with amazement that Pierre and Brigitte are having an affair. At the same time, Dorian puts his cousin in the confidence. Knowing full well that her grandfather is still very much in love with his wife, Manon immediately calls Régis and reveals to him that Brigitte has a lover. Without waiting, Régis indicates that he will take the first train the next morning.

Christelle and Sylvain have decided to invest in a small pied-à-terre in Paris and Victor makes it clear that there are slightly more interesting investments to be made.

Later, the former businessman is looking at paintings on the net when his son joins him for the lunch break. Victor then explains to his son that his plan is going as planned. Since Timothée fears that his father will return to prison, Victor guarantees that this will not happen and then promises to do no harm to anyone.

After meeting Prijean, a forger friend, Victor calls Christelle and tells her about a master painting whose price keeps climbing. Immediately, the social worker goes to the Mercure gallery to see the work in question. Even if she is seduced, Christelle refuses to pay the 200,000 euros claimed. Victor therefore asks the gallery owner to make a small gesture by lowering the price. When Prijean offers 160,000 euros, Christelle promises to think about it.