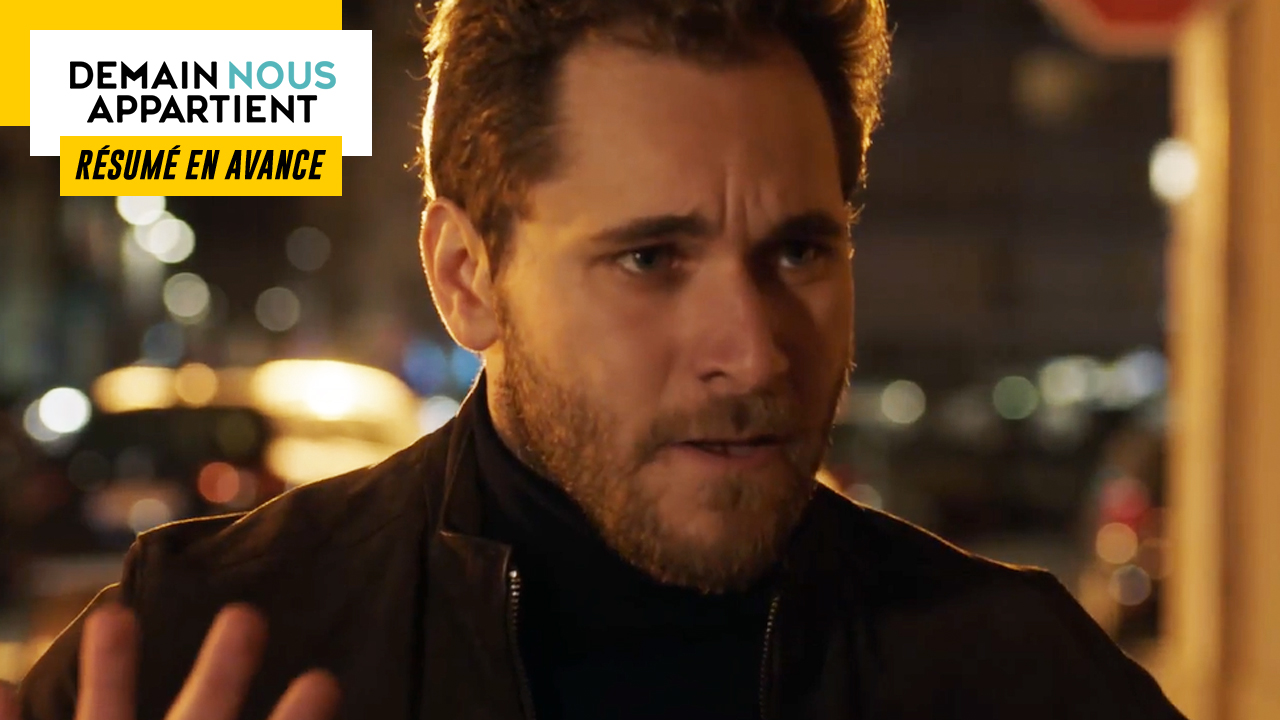 In the next episode of “Tomorrow belongs to us”… While Ophélie takes Sophie hostage, Bart sees Louise in a wedding dress. At the same time, the whole family is investigating Brigitte’s lover.

Friday, April 29 in tomorrow belongs to us…

At the police station, Sophie is heard by Captain Saeed. If she admits having been in contact with the Messy when she was a trainee, she however claims to have had no connection with them for more than twenty years. When Karim then questions her to find out why she cleaned her apartment with bleach before the police search, Sophie pretends to be cleaning to decompress.

Behind the one-way glass, Nordine can’t bear to see his colleague getting on his nerves on his girlfriend and obtains Martin’s agreement to conduct the interrogation. Sophie therefore tells him that she met the Messys when they were barely twelve years old and that it was very hard for her to see them torn from their father. While he asks what happened when Ophélie contacted her again a few weeks earlier, Sophie indicates that everything came together all of a sudden. She then went to see her in prison out of curiosity. A shock for her. The young woman she had in front of her had nothing to do with the kid she had known. She was a tough, cold, aggressive foreigner. She also specifies with tears in her eyes that Ophelia did not even remember her.

Even if Nordine believes he got what was needed, Martin thinks on the contrary that his son was taken for a walk. According to him, Sophie told the story she wanted the police to hear. However, Nordine disagrees and accuses her father of being blindsided because he doesn’t like Sophie. As he has nothing concrete against her, Martin is still obliged to release her.

Shortly after, Nordine accompanies Sophie home but she is particularly unpleasant. Faced with this change in attitude, he therefore begins to doubt and decides to follow his intuition by tackling in front of the lawyer’s building. At nightfall, Sophie is waiting for a delivery man downstairs when Ophelia joins her. Immediately, Nordine hurries out of his vehicle. Seeing him, Ophelia pulls out her gun and takes Sophie hostage. If he tries to follow them, she will kill her.

At the hospital, Bart is at his mother’s bedside. After all that has just happened, he plans to move the date of his marriage to Louise. As Anna refuses, the young man reminds her how important it is for him that she be present at the wedding since Flore will not be there. Even though she isn’t sure she can give him the first dance, Anna promises to be there.

Later, Chloe comes to see Bart at the Spoon and encourages him to keep the marriage going to please her mother. She therefore offers her nephew to help her with the decoration, which he accepts with pleasure, to Vanessa’s great displeasure.

Without waiting, the latter meets Chloé and makes her understand that the decoration must match her menu. Since the bride and groom are overwhelmed at the moment, Vanessa urges Chloe to show her her ideas before submitting them to Bart and Louise. When the mother of the family evokes her desire to add color, Vanessa reproaches her for wanting to change everything to what she imagined. Chloé therefore understands that she has invested a lot in their marriage and tries to make him realize that they both have the same objective: to make this day as wonderful as possible.

Afterwards, Chloe goes to the hospital to visit her sister. As she helps her take a few steps down the hall, Anna feels slightly dizzy. Chloé confides then that she is terribly angry. If she hadn’t accompanied her to the farmhouse, she wouldn’t be here today. Indeed, Chloe knew how much she wanted a baby with Karim but Anna retorts that it was she who did not want it because she thought she still had time. Just as she declares that it is now too late, Chloe begs her forgiveness.

For her part, Louise shows Mathilde and Audrey her wedding dress. Bart, who has forgotten his cell phone, returns home unexpectedly and discovers his future wife’s outfit. When she asks him to forget what he saw, Bart replies that he unfortunately cannot because she is sublime. In addition, he now has the pressure to find a suit to match.

For his part, Pierre and Brigitte feel more alive than ever since they got together. However, they agree to keep their story a secret.

At the same time, Etienne and Bénédicte tell Aurore and William that Brigitte has a lover. As everyone is very keen to know the identity of the man who capsized Brigitte’s heart, a major family investigation begins.

Aurore therefore takes advantage of her father’s arrival to obtain some information. The current having passed between them, the policewoman wonders if her stepmother hasn’t brought her something, but Pierre points out to her that he hardly knows her.

In the evening, the whole family dines with the Dauniers. To ward off suspicion, Pierre waits until he is alone with his daughter to make her believe that Brigitte has given herself up to him and that she does have a lover. On the other hand, his collaboration stops here. The only thing he can tell her is that his lover is both gentlemanly and handsome.