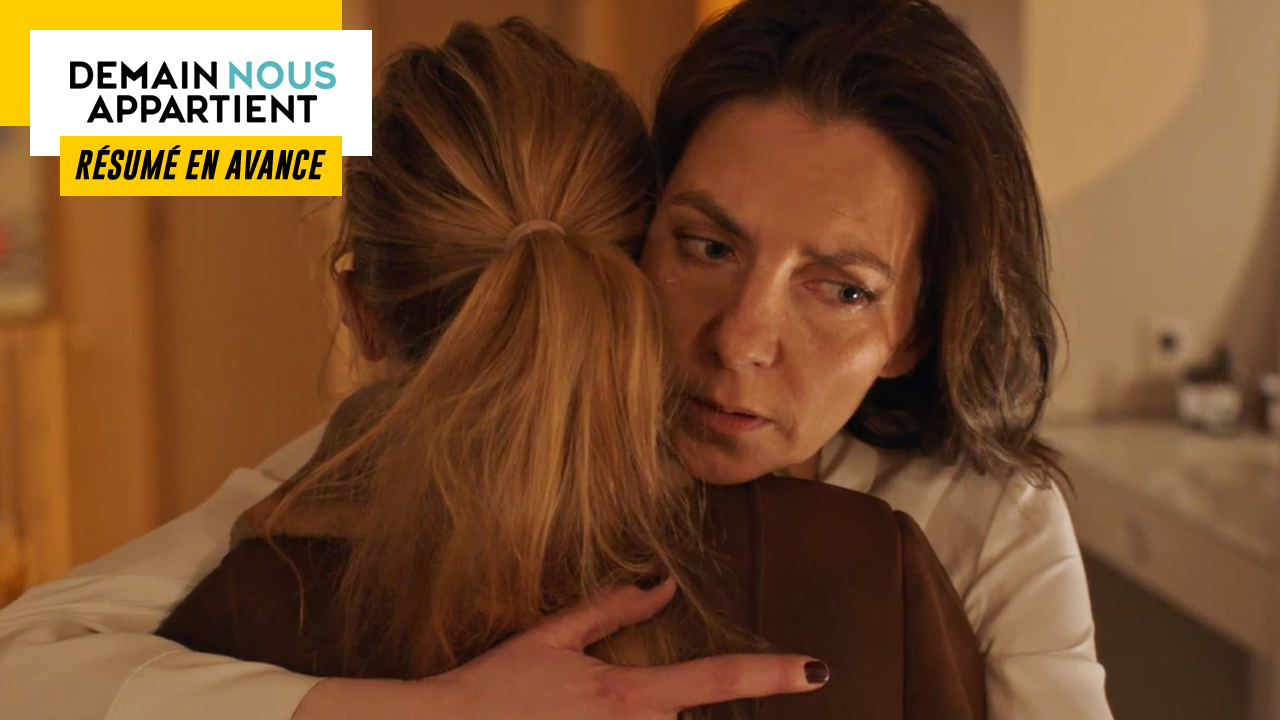 In the next episode of “Tomorrow belongs to us”… While Anna is in critical condition, a thunderbolt occurs at the Dauniers. For his part, Noor explains himself with the Lopez-Diallo children.

Wednesday, April 27 in tomorrow belongs to us…

ANNA IS IN CRITICAL CONDITION

Following the explosion of the farmhouse, Ophelia escaped unscathed and fled on board a motorized boat.

At the same time, there is chaos at the oyster farmhouse where help is urgently dispatched. Fortunately, Chloé, Nordine, Alex and Karim come out with a few scratches. However, Anna is seriously injured and is taken to hospital in critical condition. Upon discovering a piece of metal stuck in her stomach, she begins to seriously panic. While writhing in pain, the young woman tells Karim that she doesn’t want to lose him. The latter then tries to reassure her by swearing that she will not die and then begs her to hang on. Unfortunately, Anna loses consciousness under the helpless gaze of her companion. Frightened at the thought of losing her, Karim breaks down and bursts into tears.

On her arrival at the hospital, Anna is looked after by Renaud. Without wasting a second, she is transferred to the operating room. Given the nature of his injury, doctors need to operate on him to find out the extent of the damage to vital organs.

Later, Alex has images of his first date with Chloe when their children were born spinning in his head. The traumatic shock to the head combined with the emotional shock has been liberating and so Alex is in the process of regaining his memory. At least one good news today.

A few steps away, Renaud and Samuel operate on Anna. If they managed to dislodge the piece of metal, the injuries are however much more serious than they thought. Indeed, the uterine wound is very deep. Unless there’s a miracle, the doctors won’t be able to save her uterus.

At the same time, Commander Constant takes stock with the fire chief. The fire was brought under control but the mas was unfortunately destroyed by the explosion. As the police noticed that a canoe had disappeared, Martin understands that Ophélie fled by the pond.

At the hospital, Renaud announces bad news to Karim, Bart and the rest of the Delcourt family. Since Anna’s damage to the uterus was considerable, they had to carry out sutures which make any further pregnancy impossible. A priori, Anna will therefore no longer be able to have children.

At the same time, Ophélie arrives at Sophie Novak. After checking that they are alone, the Messy girl tells him that she is his last chance to get out of this. Sophie then takes her in her arms.

LOVE AT LOVE AT THE DAUNIERS

As her father comes to Sète to celebrate his birthday, Aurore invites the whole Daunier family to join them for the festivities. Inevitably, it will not take Brigitte long to arrive at her daughter-in-law’s house to give her a hand with the meal. Although Aurore has already planned everything, the matriarch of the Daunier family persists in wanting to make a leg of lamb for the occasion.

Once she has gone to the butcher, Brigitte returns to her son to cook. Aurore not being there, it is she who welcomes Pierre on his arrival. And obviously, the current passes rather well between them. Under her spell, Aurore’s father hastens to drop off his bags at the hotel to buy her a bouquet of flowers.

In the evening, Aurore cooked oysters in champagne for her father. Unfortunately for her, he is intolerant to champagne. However, thanks to her lamb, Brigitte saves the evening, especially since it is Pierre’s favorite dish.

At the end of dinner, Aurore serves coffee to everyone. One more failure for her since her father considers it a little too strong for her taste. Brigitte then jumps at the chance to make him a chicory, which he accepts with pleasure. For their part, Dorian and Manon have noticed that something is happening between their grandparents.

NOOR EXPLAINS WITH THE LOPEZ-DIALLO CHILDREN

Lilian apologizes to Angie for her attitude the day before. While trying to find out more about Nathan, Jahia says he’s still a virgin. Lilian and Jahia then have fun teasing their little sister.

At the same time, Cédric apologizes to Noor for having reacted badly and thanks her for coming to the aid of her daughter. The nurse takes the opportunity to tell him that the atmosphere at home is tense between him and his children. Even if they had to dine together at the restaurant, Noor therefore enjoins him to spend time with his children to be with the family.

Subsequently, Noor confides in Samuel about the complicated relationship she has with Cédric’s children. Having been there too with Leïla, he advises her to hang on. The young woman then thanks him and even goes so far as to acknowledge that it did her good to talk to him.

In the evening, Cédric and his children dine at the Spoon. When Noor arrives to pick up his order, Lilian and Jahia think that their father engineered this meeting but the young woman guarantees that she did not know they were there and then takes the opportunity to make things clear. If she helped Angie, it’s because she needed it and in no way to interfere in their family life. And to add that she experienced the same thing with her mother. Understanding how they feel, Noor asserts that she will never impose herself. As she prepares to go home, Angie invites her to dinner. Even if it touches her, Noor still prefers to leave them with the family.