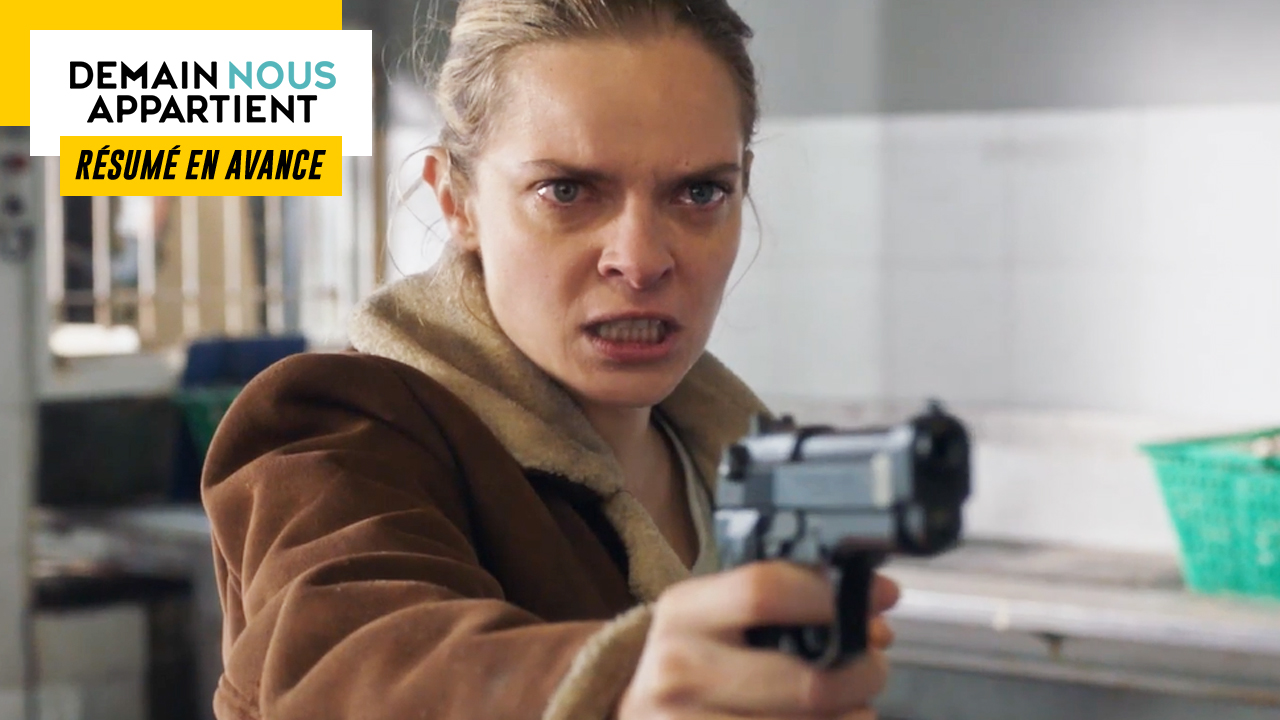 In the next episode of “Tomorrow belongs to us”… While an explosion resounds at the mas, Cédric has trouble seeing Angie grow up. Sébastien tries to trap Stanislas.

Tuesday, April 26 in tomorrow belongs to us…

AN EXPLOSION SOUNDS AT THE MAS

At the Delcourts, Chloé keeps thinking about the Messy. Indeed, she fears that Ophélie seeks revenge for the death of her brother. Alex then tries to reassure his wife by reminding her that she injured Anthony by accident. According to him, the Messy are solely responsible for what happens to them. According to him, Ophelia must probably be far away by now and a police car stands guard in front of their house day and night. So she has no reason to worry. Despite everything, Chloe is not reassured, especially since she seems to have seen someone in her garden.

Meanwhile, Commander Constant takes Charlie’s deposition which tells what happened during the hostage taking. She then explains that Anthony’s state of health deteriorated and that it was from there that Ophélie looped on Chloé Delcourt. She said that it was her fault that her brother was in this state and that she would not have hesitated to kill him if she had been able to take the weapon from him in the forest. About this weapon, Charlie swears on the other hand that it is not she who hid it in the court. As Martin asks her if she would have any idea who was responsible, Charlie remembers hearing Anthony tell his sister about a friend in Sète.

Shortly after, Martin meets the prosecutor Perraud to keep him informed of the progress of the investigation. Ophelia having lost her brother and knowing that she is now ruined, the situation is rather worrying for Sébastien. Finding her therefore remains the top priority of the police.

For their part, Sylvain and Christelle ordered sushi to please Charlie. Touched by this attention, the latter lets a few tears flow and then declares that she regrets having put them in danger. Sylvain then assures us that she saved their lives and then thanks her. Only, Charlie feels guilty for having told Anthony that they were rich. Although she thought she had changed, the young woman realizes that she is still doing stupid things. However, Christelle says the opposite and Sylvain adds that they should have reassured her as the trial approached. As she feels responsible for Anthony’s death, Sylvain then declares that Ophelia is solely responsible. By way of conclusion, Christelle finally says that they consider her their daughter and that she is very proud of her.

Not far from there, Anna joins Chloé at the end of high school. With Ophélie in the wild, the principal is anxious at the idea of ​​being alone with her sister and suggests that she go to the farmhouse to be with Alex. The Delcourt sisters therefore set off without knowing that Ophélie is following them.

At the station, Roxane manages to locate Ophélie’s phone, which moves towards the oyster farmhouse. Immediately, Martin warns Karim and Nordine who are on patrol around.

At the same time, Ophélie arrives at the farmhouse and points her gun at Chloé. Alex does try to enjoin her to lower her weapon but Ophelia accuses Chloe of having killed her brother. When she apologizes to him, Ophelia yells that it was his fault that he was in agony for days. At the same time, Karim and Nordine land on the spot and summon Ophelia to lower her weapon. However, Anthony’s sister, who has come with the firm intention of killing Chloe, shoots the propane gas canister hanging on the wall. After the case caught fire, a terrible explosion sounded. Chloé, Anna, Alex, Karim, Noor, Ophélie and Nordine are then trapped by the flames.

At the Lopez-Diallo’s, Cédric comes across his daughter’s pack of pills. Worried, he confides in Noor. Angie being only fifteen years old, Cédric would have preferred that she wait a little longer. As he has always spoken freely with his children, he regrets that she did not come to see him. Since he thinks Angie went to Planned Parenthood to get her prescribed, Noor reveals that she helped her get an appointment with Dr. Chardeau. Cédric then reproaches Noor for not having told him anything. If she understands that he may have trouble seeing his daughter grow up, she however categorically refuses that he takes her for his punching bag.

Not far from there, Angie and Nathan are about to make love for the first time. Wanting to check if she has taken the pill, the teenager realizes that she has lost her platelet and therefore decides to stop everything.

At the end of the day, Cédric gives his daughter back her pill pack and then takes the opportunity to have a little chat with her. However, Angie doesn’t really want to talk about this with her father. Lilian, who overhears their conversation, regrets that his little sister had this conversation with their father’s mistress and not with their mother.

Since she has been in a relationship with Stanislas, Raphaëlle has been on cloud nine, but this budding love story is far from pleasing everyone. If Sébastien has already expressed reservations, it is Victor who in turn shares his impressions with his boss. Indeed, the latter judges Stanislas a little too perfect to be honest. According to him, the skipper would be a manipulator. Despite everything, Raphaëlle refuses to listen to her.

Leaving the Spoon, Sébastien arrives at his daughter’s to have a man-to-man discussion with Stanislas. The prosecutor then makes him believe that his daughter is about to file for bankruptcy because she has accumulated many debts. Worried for her, he asks the skipper to put her at ease to find out a little more.

When Raphaëlle comes home, Stanislas explains that he feels guilty seeing her working so hard while he sits there doing nothing. Having the feeling of being a profiteer, he intends to ask the insurance to rehouse him temporarily. As she insists that he stay, Stanislas would like to at least pay for the groceries but Raphaëlle doesn’t really listen to him and kisses him passionately.