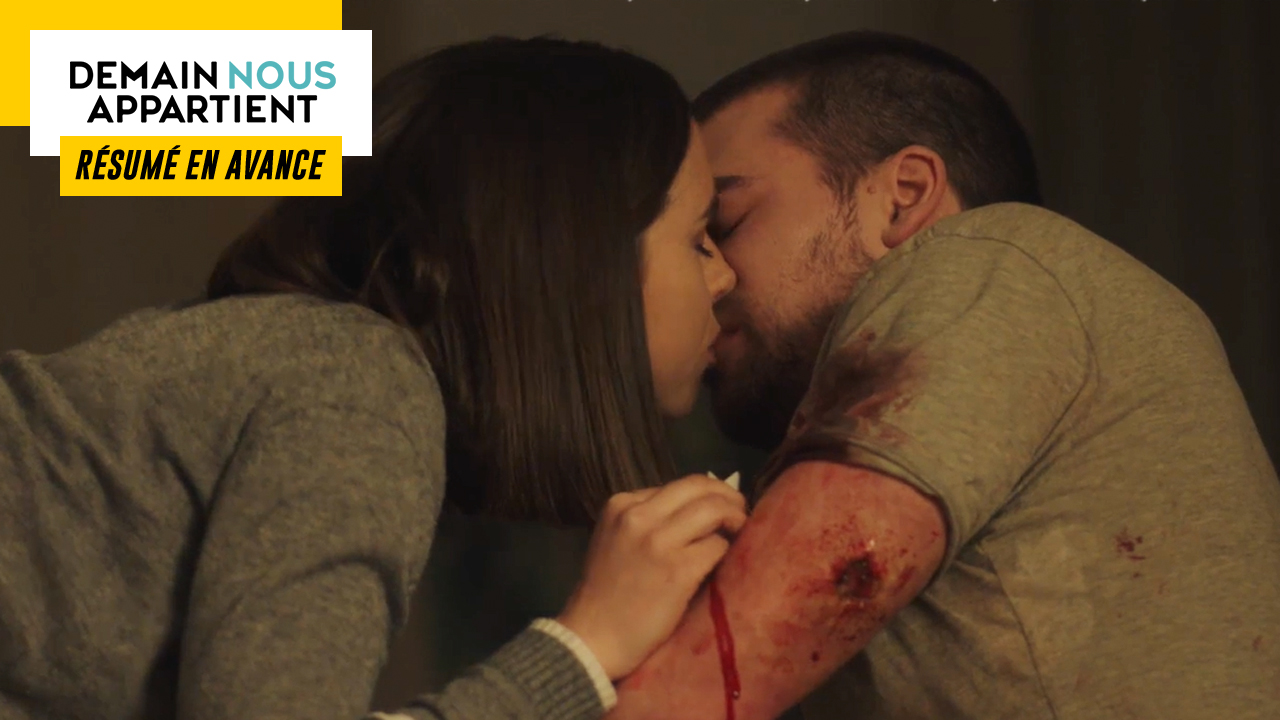 In the next episode of “Tomorrow belongs to us”… While Charlie betrays the Morenos, Tristan is back in Sète. Camille is trapped by Etienne.

Friday, April 22 in tomorrow belongs to us…

Anthony and Ophélie hold the Morenos hostage. Despite the antibiotics Christelle gave him, Anthony is still feverish. When Sylvain asks what they want, Ophélie claims two million euros, the equivalent of the sum they should have recovered from the Spoon. The couple then quickly understands that Charlie revealed details of their new fortune during his visits to Anthony in the visiting room.

Ophélie therefore demands that Sylvain call his bank to make a transfer, but the latter replies that it is impossible given the amount. Only, Ophelia doesn’t care and orders him to do everything to convince them, otherwise he will have to say goodbye to Christelle. Knowing them capable of the worst, Charlie pushes him to do it while reminding him that it is thanks to their gold bar that they made their fortune.

Furious, Sylvain attacks Charlie for having spoken of all this to the two fugitives. As Ophelia points her gun at him to calm him down, Charlie tells the Messy that she is on their side and then begs them not to hurt Sylvain and Christelle. For her part, Christelle is stunned to see that Charlie has fallen back under Anthony’s control. The latter throws when she cannot understand.

At the police station, Damien examined the video surveillance images of the port and does not understand why the Messys robbed a small fisherman instead of fleeing on a more powerful boat. The police therefore understand that the Messy wanted to cover their tracks to send them in the wrong direction.

Without waiting, Commander Constant summons the fisherman once again. Faced with the risks involved, the latter recognizes that he has never deposited the Messy in Spain. Certain that they have a specific reason for staying in Sète, Martin assumes that they want to recover the ingot they lost during their first run.

For her part, Christelle calls her bank, which refuses to make such a transfer without going through the agency. In a rage, Ophelia begins to smash everything in the house.

At the same time, Nathan is worried because Charlie no longer gives him a sign of life. This is why he turns to François. However, this one has no more news than him. He then tells her that they argued the day before and that it looked like a breakup. Although this may explain his silence, Nathan still remains concerned.

Meanwhile, Ophélie, wearing a wig, accompanies Christelle to the bank where she pretends to be her niece.

When night falls, Charlie takes care of Anthony. After promising her that she was on her side, the young woman cleans her wound. When he questions her to find out why she is doing this for him, Charlie replies that he knows very well. As he wants to be sure he can trust him, Charlie kisses him then takes the opportunity to steal his gun. While Sylvain thinks she has changed sides, she smiles then hands the gun to Anthony.

TRISTAN IS BACK IN SETE

Bart and Louise embark on the preparations for their wedding. If Louise would like to do this in a small committee, Bart imagines a big party so that everyone knows that he is marrying the most beautiful woman in the world.

For her part, Vanessa is overflowing with ideas for the wedding. As the wedding is in less than a month, she requires the couple to make a point at each end of the service and also promises to send them a message each time she has an inspiration.

Subsequently, Tristan arrives in Sète to support Bart and Louise at the Spoon. However, his arrival is far from pleasing Vanessa who has no desire to have him in her paws. Despite everything, she promises Louise to make an effort.

But Tristan and Vanessa quickly fall back into their old ways. Indeed, the former Spoon manager can’t help but comment on Vanessa’s choices for the wedding menu. During the conversation, Tristan ends up letting go that he separated from Justine and that he always thought that they would end up getting married. Vanessa then shows herself to be understanding and even goes so far as to tell him that she sympathizes with her sadness. In reality, she finds him depressing and pushes Bart and Louise to talk to him so that he no longer has that look of depression on his face. Having to be more creative than ever as the wedding approaches, the chef does not want to have to absorb negative vibes.

CAMILLE IS TRAPPED BY ETIENNE

Camille arrives ten minutes late at school. She tries to pretend that her alarm clock did not ring but Gabriel saw that she was at the Môle a few minutes earlier in her Instagram story. So he gives her an hour of glue. However, Étienne, who does not believe that repression is an effective educational method, agrees to withdraw her glue on the condition that she undertakes never to be late again. Even if she did not want to contradict him in front of Gabriel, Chloé would nevertheless like the rules to be really respected within the school. Not being there to challenge the rules, Etienne asks him to trust him.

At the same time, Camille is full of praise for Étienne but she quickly loses her smile when the CPE transforms her hour of glue into a job. Thus, she will have to make a three-minute podcast on the delay. On returning home, Camille realizes that she has been tricked and that it will take her three times longer than a simple hour of glue. She is therefore ready to swear on her life that she will never be late again.