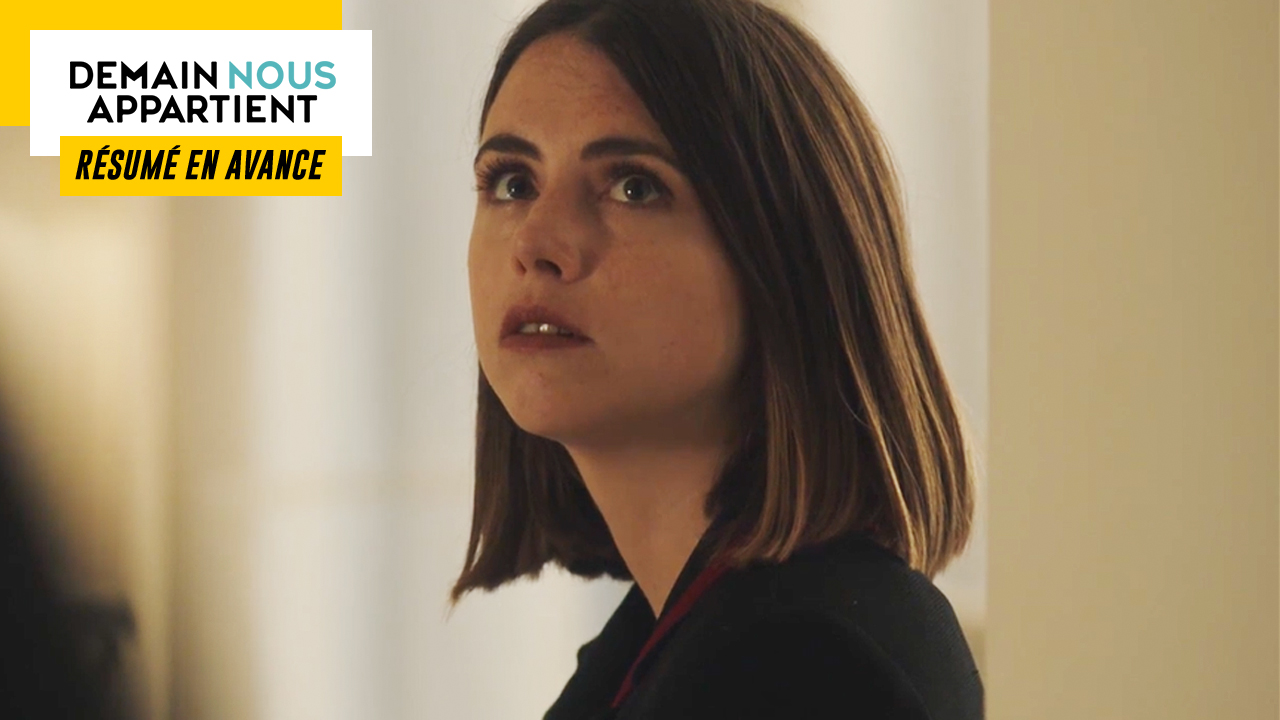 In the next episode of “Tomorrow belongs to us”… While the Messys take the Morenos hostage, Etienne and Bénédicte move in with Brigitte. Alma makes an announcement to her students.

Thursday, April 21 in tomorrow belongs to us…

THE MESSY TAKE THE MORENO HOSTAGE

Suspected of being the Messy’s accomplice, Charlie was taken into custody. Indeed, the young woman is the last person to have seen Anthony before his escape, which obviously raises questions. To justify herself, Charlie explains that she was afraid to see Anthony again as the trial approached. Since she was starting to think about him again, she decided to visit him in prison in hopes of moving on. Unfortunately, at each of her visits, she came out of the parlor completely upset. So she stopped seeing him. Moreover, she is with someone today and their story is serious. When Commander Constant tries to find out if she tried to reach him outside the visiting rooms, Charlie makes him believe not.

For his part, Karim questions Master Novack in order to understand why his name is on the lists of visiting rooms when Ophélie already had a lawyer. The latter then explains that the young woman asked to meet her as her trial approaches. However, on discovering that Camille Meffre was on the hostage list, Sophie finally refused to take care of her file in order to avoid jeopardizing her professional relationship with Raphaëlle. Since then, Sophie has not exchanged with her.

Meanwhile, Roxane analyzed CCTV footage from the Palais de Justice and discovered that Charlie had gone to court the day before the Messy’s escape. A strange attitude, especially since the little protege of the Moreno was never summoned to court that day.

Not far from there, the police raided the Moreno home. Faced with their questions, Commander Constant tells them that there are suspicious elements in Charlie’s agenda as well as in his relationship with Anthony. However, Christelle does not understand how Charlie could be under the control of the criminal again when she was better. For his part, Sylvian is however not surprised.

Back at the station, Martin once again questions Charlie to find out what she was doing in court the day before the Messy’s escape. The young woman therefore claims to have wanted to see the judge to avoid a confrontation with Anthony and his sister. Only, Martin thinks that it may be an excuse that would have allowed him to hide the weapon used by the Messy to escape. Charlie then swears that she would never have done such a thing because she didn’t want to deal with them anymore.

Shortly after, a fisherman arrives at the police station and declares that he took the Messy to Spain under duress. Immediately, Martin instructs Karim to contact Interpol as well as the Civil Guard of Colera.

At the same time, Christelle receives a call from Charlie who informs her that she has just been released because the police have nothing against her. If the mother is happy, this is not the case for Sylvain who only sees Charlie as a source of problems. Besides, it shocks him to know that she visited the man who killed Odysseus and to see her abusing his wife’s kindness. Despite everything, Christelle loves Charlie and says that she will defend her no matter what. As they argue, they hear a loud noise in the house.

Charlie reunites with François. The latter suspects his companion of still being in love with Anthony and of having helped the two fugitives. However, Charlie does not intend to answer such accusations. Angry, she criticizes François for playing the teacher at a time when she needs to feel supported.

On returning, Charlie discovers Sylvain and Christelle sitting on the sofa looking worried. When she is about to go up to her room, Charlie then comes face to face with armed Anthony and Ophélie who have just taken the Morenos hostage.

ÉTIENNE AND BÉNÉDICTE SET UP WITH BRIGITTE

The water pump on Étienne and Bénédicte’s boat failed. Result of the races, they no longer have hot water. As it can take a little time to change the room, they therefore ask Aurore and William to host them. Having still not recovered from Brigitte’s presence, they now need rest and refuse. Instead, they urge them to move in with Brigitte.

At the foot of the wall, the Curtis land at Brigitte’s. Although Aurore and William judge her a bit annoying, she affirms that they exaggerate. However, the matriarch of the family is quickly shown to be particularly rigid and authoritarian on the rules to be respected at home.

Breakfast should be taken between 6:30 a.m. and 7:45 a.m. The plates must be run under water before being put in the dishwasher. It is mandatory to pass the squeegee in the shower after use as well as a little wipe around the sink. In addition, do not mess up the piles of laundry by rummaging through the cupboards. Finally, dinner is served at 7 p.m. and lights out is at 10 p.m. Suffice to say that Étienne hopes to repair his boat as soon as possible to get back to his quiet little life.

ALMA MAKES AN ANNOUNCEMENT TO HIS STUDENTS

In high school, Alma announces to Chloé her imminent departure for Burkina Faso. Even if it is impossible for the rectorate to send a replacement in such a short time, Chloé is understanding and confides that she will miss her a lot. After having made her promise to give news, Chloé adds that she hopes to see her again at the start of the school year in September.

Later, Alma gives her last lesson to Agnès Varda. Before her students leave her class, the English teacher announces to them that she is leaving the establishment and declares that she will miss them very much. Although disappointed to see her go, Jordan and his comrades are delighted that she can fulfill her dream.

Excluding letting her go to the other side of the world without doing anything, they made a video in which they tell her that they will miss her before wishing her a good trip. Touched, Alma thanks Jordan and says she is very happy that their story ends on such a high note.

Afterwards, Alma joins Benjamin and says she is in a hurry to leave. After he says he’s very lucky to have met her, they hug.