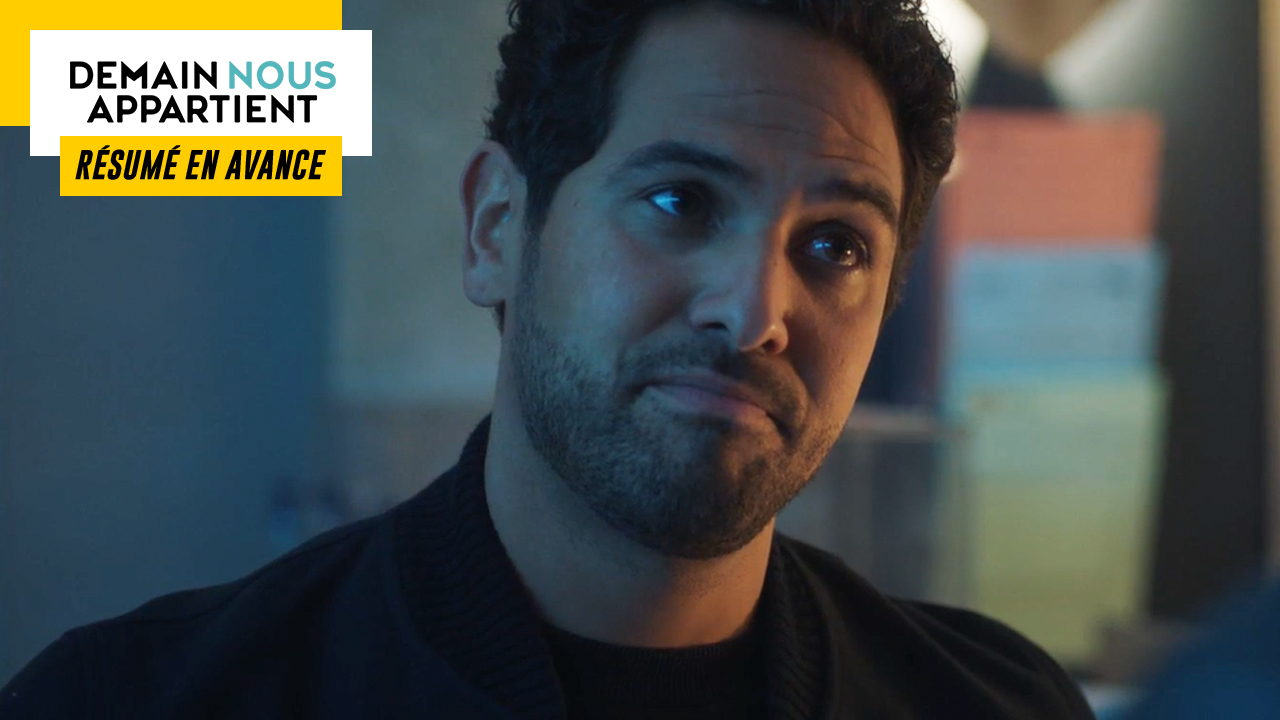 In the next episode of “Tomorrow belongs to us”… While the police make an important discovery, Roxane can’t keep still. Alma decides to go on a humanitarian mission.

Attention, the following paragraphs contain spoilers on the episode of Tomorrow belongs to us tomorrow evening on TF1! If you don’t want to know anything, don’t read on…

Wednesday April 20 in Tomorrow belongs to us …

Anthony’s condition worsens. Since he is burning with fever, Ophelia would like to find someone to treat him but this one refuses because their heads are displayed everywhere in the region. As long as his right arm is intact and he can hold a weapon, he does not intend to give up so close to the goal. The Messy therefore set off.

For her part, Chloe was hospitalized. Even if she is still shaken by everything that has happened to her, the mother of the family is fine and will be able to go home during the day. Shortly after, Karim goes to his bedside to take his statement. Unfortunately, Chloe doesn’t know much about the Messy’s plan except that they were to join their accomplice.

At the police station, Damien managed to find DNA in the vehicle which enabled the Messys to escape from the Palais de Justice. This corresponds to a certain Yohann Champion, a repeat offender. Without waiting, the police arrest him and take him to the station to question him.

On the spot, the young man affirms that he did not help Ophélie and Anthony in their escape and even assures the police that he has been legit since his release from prison. When Martin and Karim indicate that his DNA was discovered in the car that was used in their escape, Yoann replies that he does some extra work at a car wash station as part of his reintegration program.

Against all expectations, Yohann did not lie and works well in a cleaning station. In addition, the couple who had the car stolen dropped it off 15 days earlier to have it cleaned. Although he told the truth, Martin and Karim remain convinced of Yohann’s guilt but have nothing to prove it. The latter also believe that the Messy have a second accomplice.

After dark, Charlie is spending time with François when she has a panic attack and can no longer breathe. After managing to calm her down, François tries to understand what is wrong, but the young woman claims to be simply stressed out by her lessons.

At the same time, Karim informs Martin that Ophélie received a visit from Sophie Novak last month and Anthony from Charlie the day before his escape…

ROXANE DOES NOT HOLD IN PLACE

Roxane does not support her treatment for PMA very well. It must be said that his hormones have been playing tricks on him for a few days. Unable to get her hands on the mug they bought in Croatia, she gets all worked up and calls Sara in tears at the police station. As his wife has the impression of being in depression, the policewoman takes her day to support her.

On returning home, Sara finds Roxane in a good mood but above all in full tidying up. If the latter decided to get rid of all the things they did not use, she also made a list of what they are missing for the arrival of the baby. Completely deranged by hormones, Roxane is overflowing with energy and has more than one idea per second. Shortly after, she feels the urge to eat a tielle sétoise while she hates octopus. Sara may be tired of her daycare, but she still decides to go buy him one. When she comes back with it, Roxane’s cravings have unfortunately turned into nausea. Luckily, her mood swings should only last for the duration of the IVF.

ALMA DECIDED TO LEAVE ON A HUMANITARIAN MISSION

Alma would like to join Benjamin for his humanitarian mission in Burkina Faso. And the English teacher does not intend to go there for tourism but to participate. Since there is a literacy program in the same village as Benjamin’s clinic, she would like to help out by teaching classes. However, Benjamin seems unimpressed by this idea.

At work, Benjamin then confides in Samuel. Indeed, the doctor fears that this will complicate their relationship if Alma comes to accompany him on a humanitarian mission. For his part, Samuel sees the bright side of things. If they spend this mission arguing, it will save them a divorce in a few years. He therefore advises her to let her join her, stating that he will not regret it.

At the same time, Alma tells Audrey how disappointed she was by Benjamin’s reaction, especially since she fell in love with him. On the advice of her friend, Alma then joins Benjamin in the hospital and decides to open her heart to him. Even if at first it didn’t thrill him too much, he finally said to himself that he was going to miss her a lot during these two months. As a result, he would like her to accompany him to share this experience with him. And to end up telling her that he too is falling in love with her. Happy, Alma jumps into her arms.

At the end of the day, they receive a visit from Victoire and Samuel to celebrate the good news. At the same time, Alma learns that the association needs her as soon as possible because a professor withdrew at the last moment. While she is afraid of not being able to organize herself so quickly with the school, Victoire, who knows Chloé well, certifies that she will understand her choice.