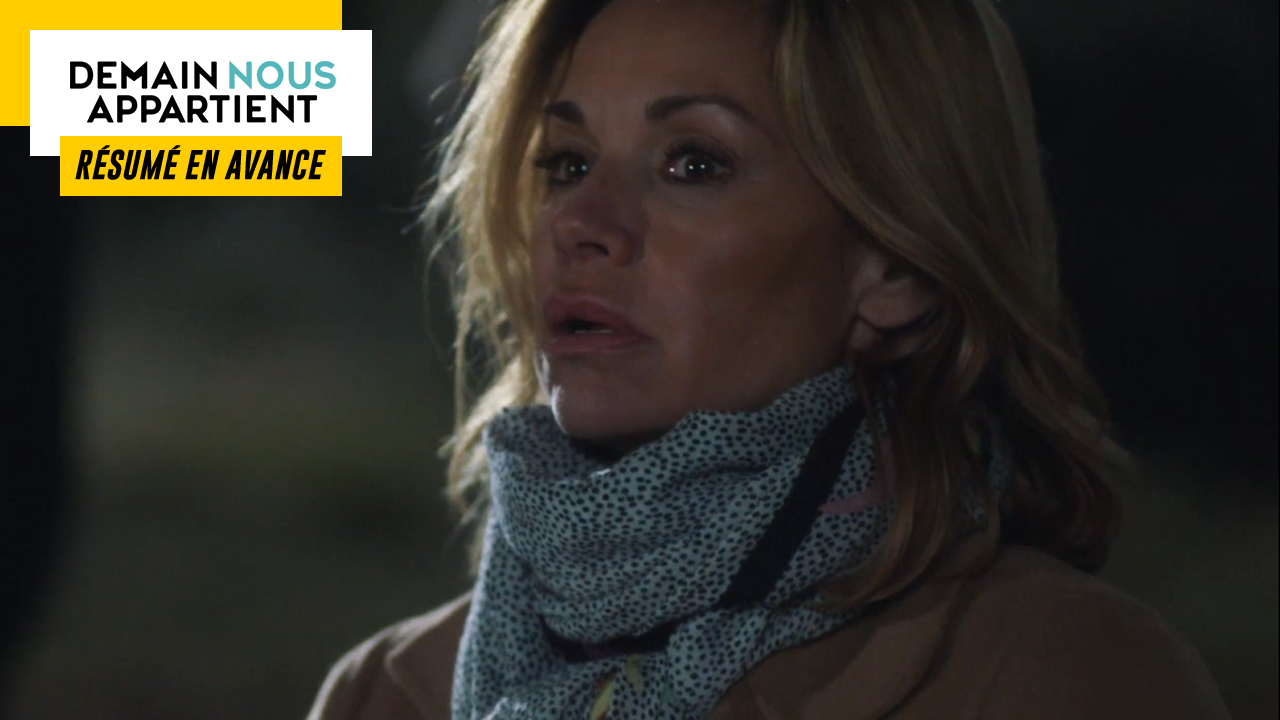 In the next episode of “Tomorrow belongs to us”… While the Messy are still on the run, Aurore does everything possible to get rid of Brigitte. At the same time, Noor helps Angie.

Friday April 15 in Tomorrow belongs to us…

THE MESSY ARE STILL ON THE LOAD

Ophélie and Anthony Messy have taken Chloé hostage and are now on the run. The mother of the family is no longer of any use to them, Anthony would like to leave her on the side of the road but Ophélie orders her brother to continue driving.

Meanwhile, Alex, Marianne and Anna agree not to tell Maxime and Judith about their mother’s kidnapping. Since he has no memory of the hostage-taking, Alex questions his sister-in-law to find out a little more. The latter then explains that Anthony and Ophélie Messy are robbers and not killers. She therefore knowingly omits to tell him that they killed Odysseus.

At the station, the prosecutor Perraud takes stock with his teams. Roadblocks were set up, airports and train stations were placed under surveillance and the portraits of the Messy were broadcast everywhere. In addition, the police found two prepaid phones in their cells. Georges therefore asked for the list of visiting rooms and correspondents of the two escapees as well as the video surveillance images of the surroundings of the Palais de Justice. From now on, Sebastien orders them to put all their cases on hold and focus only on two things: catching the fugitives and identifying the accomplices.

For her part, Camille had nightmares of the Spoon’s hostage-taking all night long. It must be said that it makes me anxious to know the Messy outside. Although she is aware that this is not rational, the teenager has the impression that they are going to come looking for her. But Camille is especially very afraid for Chloé. As Anthony and Ophélie have already proven themselves capable of the worst by killing Odysseus, she is afraid that they will go after Chloe. Dorian then takes his girlfriend in his arms to comfort her.

Several kilometers away, the police received a call from a farmer who thought he saw the Messy car near his farm. Without waiting, Martin and Karim go there. Unfortunately, it is too late since they have abandoned their vehicle.

At nightfall, Anthony, Ophélie and Chloé are walking in nature and decide to take a break near a cistern. Sitting on the ground with her hands tied, Chloe falls on a metal object at her feet that she hides in her sleeve…

AURORE DOES EVERYTHING TO GET RID OF BRIGITTE

Aurore would like to make spaghetti for lunch. Unfortunately, Brigitte threw them in the trash because they were gluten-free. Furious, Aurore joins her husband and reminds him that he should speak to his mother. If William indicates that he has not yet found the time to do it, Aurore understands above all that he is dragging his feet because he is afraid to confront his little mother. At the end of the day, the policewoman then threatens to settle on her sister’s boat and let him live alone with his mother if he does not speak to her quickly.

Shortly after, William asks for Bénédicte’s help to take over. Despite her brother’s many arguments, she categorically refuses but Aurore has an idea to get rid of Brigitte. By pretending to make love like animals, they hope to wake Brigitte from her nap and make her want to move in with her daughter. But Brigitte has more than one trick up her sleeve. When she hears her son’s antics, she turns on the music and puts earplugs on for peace. For her part, Aurore has not said her last word…

Noor resumes his internship to the delight of Cédric. For her part, Angie goes to the hospital to make an appointment with a gynecologist. Unfortunately, Christelle informs him that there is no place before May 19th. By meeting her at the reception, Noor tries to find out what she is doing here but the teenager refuses to answer her. Noor therefore turns to Christelle who ends up telling him everything.

Thanks to the nurse, Angie was finally able to get an appointment with Dr. Chardeau. At the end of her consultation, she thanks Noor then asks him not to tell her father. Understanding, she promises to keep the secret.

Later, Angie takes Jahia into the confidence but the latter criticizes her for having a little secret from now on with their father’s new companion. So as not to betray her mother, Jahia has no intention of being tender with Noor.

Meanwhile, Cédric confides to Noor that his children are fragile at the moment and in particular Angie whom he has been feeling worried lately. As she prepares to tell him the truth, Noor backtracks and decides to keep his promise.