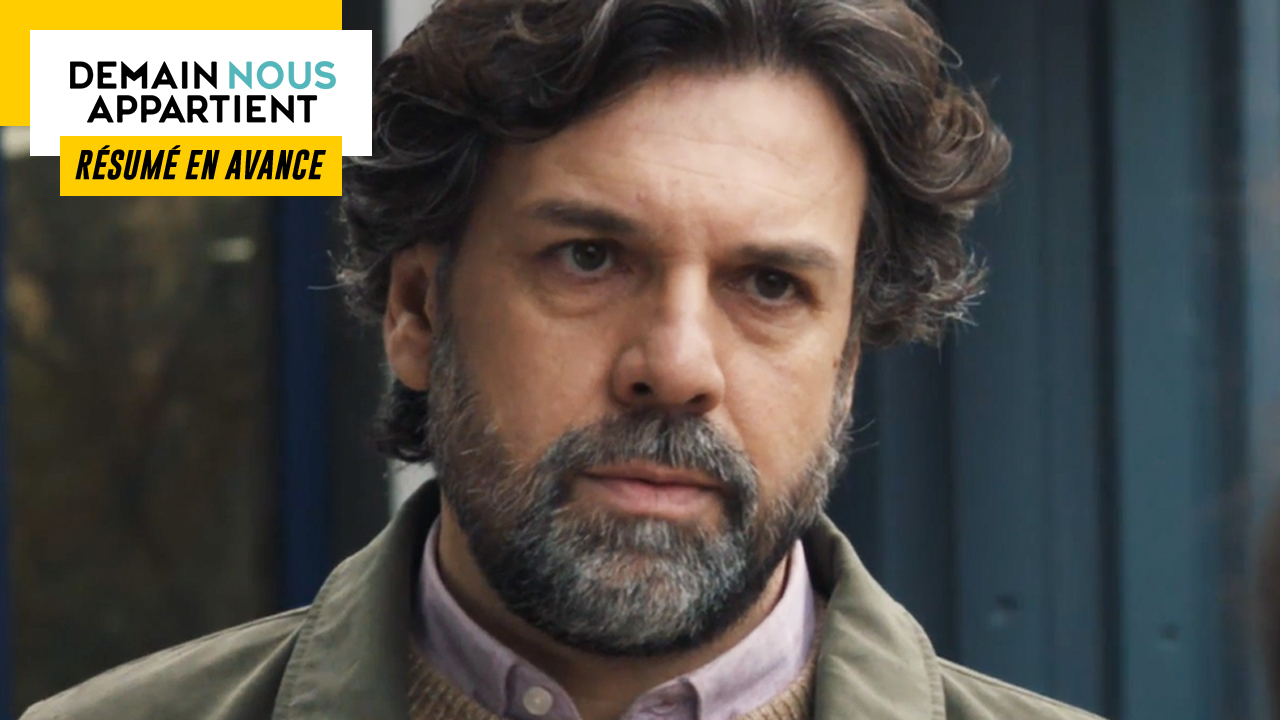 In the next episode of “Tomorrow belongs to us”… While the police set a trap for Olivier, Raphaëlle introduces Stanislas to his father. Alma is on a little cloud.

Tuesday 12 April in Tomorrow belongs to us…

THE POLICE SET A TRAP FOR OLIVIER

In the morning, Gabriel and Soraya go to the police station to report their suspicions to Captain Saeed. Indeed, they are convinced that Olivier Doucet seeks to accuse Noor for the murders of Romain and Alizée Melville in order to protect his daughter.

Without waiting, Karim informs prosecutor Perraud of the situation. Unfortunately, Sébastien considers that the testimony of the Guého son is fragile because not so long ago he was still in love with Noor. Karim agrees with him but nevertheless points out that Garance could never have moved Gabriel’s body on her own given her size. According to him, Olivier is his daughter’s accomplice. As the prosecutor points out that it is unlikely that the maths teacher has the profile of such a determined criminal, Karim informs him that he had made believe in his death a few years earlier to accuse his wife’s lover. . The policeman therefore thinks that Olivier could very well have falsified the evidence and accused Noor to exonerate his daughter. This hypothesis holding up, Sébastien authorizes Captain Saeed to investigate Olivier. However, Gabriel’s testimony being worth nothing, the prosecutor makes him understand that if he wants to corner Doucet, he will need something solid.

Unfortunately, the police have nothing concrete to catch him. This is why Martin and Karim have the idea of ​​trapping Olivier by making him believe that his daughter has come out of the coma.

Overjoyed, he immediately goes to the hospital but Nordine prevents him from seeing her. Indeed, he claims that Garance reiterated her confession concerning the murders of Romain and Alizée Melville and that she will be brought before the public prosecutor as soon as he has the green light from the doctors. Furious, Olivier arrives at the police station and confesses to the murder of Alizée Melville as well as the attacks on Chloé and Gabriel.

RAPHAËLLE PRESENTS STANISLAS TO HIS FATHER

Stanislas says he is in a hurry to meet Maud whom he will meet next weekend. Only Sébastien will be missing and the skipper will have met the whole Perraud family. However, the prosecutor is still very attached to Xavier, Raphaëlle makes him understand that it is not for now. As he has not done graduate studies and he does not work in an office, she even considers that it is lost in advance. Despite everything, Stanislas considers himself the ideal son-in-law and bets that he can get Sébastien in his pocket in five minutes. Raphaëlle therefore invites him to join them for a coffee during the day.

Later, Raphaëlle takes the opportunity to submit a file to her father to tell him that she has met someone. Very loving, she urges her father to make an effort with him when they meet.

In the afternoon, Stanislas, Raphaëlle and Sébastien meet at the Spoon for a coffee. Very quickly, this moment turns to interrogation. Fortunately, Stanislas does not let himself be dismantled and answers Sébatien’s questions while managing to turn the situation to his advantage when the latter tries to trap him on the opera.

Subsequently, Raphaëlle criticizes her father for having played the role of pedantic prosecutor to perfection. If Sébastien considers that he was courteous, he also assumes his protective instinct when it comes to his daughter. Even if he recognizes that Stanislas does not lack repartee, he does not feel it at all and considers him too obsequious. Moreover, he feels that their story is going way too fast. When he is about to compare him once again to Xavier, Raphaëlle says that if he obsesses her so much, he has only to marry him.

Disappointed with her father’s reaction, Raphaëlle later confides in her daughter. She secretly hoped that Sébastien would validate Stanislas. Fortunately, Camille is there to cheer him up and knows how to find the right words to put a smile on his face.

ALMA IS ON A SMALL CLOUD

Since beating her cancer, Alma has been on cloud nine and even suggests that her students take lessons outside to take advantage of the good weather. Her good mood then raises questions and Jack asks her if she has fallen in love. However, Alma points out to her that you don’t need to be in love to feel good about yourself.

At the end of class, Alma joins Audrey for shopping. Since her remission, Alma confides that she hasn’t stopped thinking about Benjamin and says to herself that it would be a shame to miss out on this story. Indeed, the English teacher understood that if she could not project herself with him, it was not because of Samuel but of his cancer.

As nothing is holding her back, she then calls Benjamin to find out if he is free tonight. The latter then invites her to dinner at his house, which she hastens to accept. Samuel, who overheard their conversation, tries to find out who his friend is meeting with but Benjamin refuses to tell him anything.

In the evening, Alma arrives at Benjamin’s with the new dress she has just bought. After exchanging a few banalities, they decide to share a moment of intimacy.